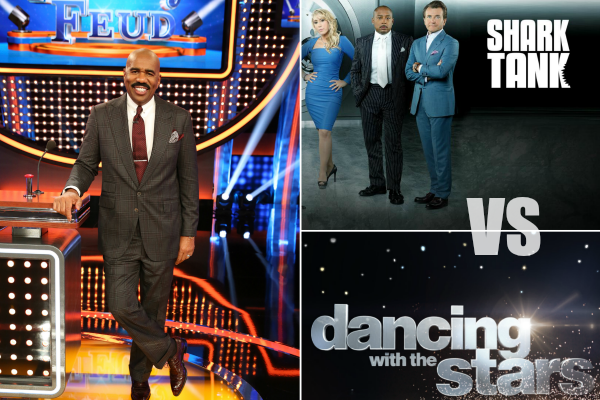 “The greatest answers are on the board!” -Steve Harvey, host of “Celebrity Family Feud” 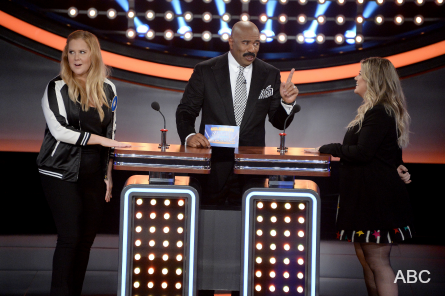 Hollywood Junket got a sneak-peek during a set visit where we watched two sets of celeb games. First up was singer Christina Milian vs. Louie Anderson. Singer and actress Christina Milian brought her family to challenge former “Family Feud host Louie Anderson and his family. Milian’s family consisted of her mother, father, and sister. Her and her sister have stunning good looks. Harvey commented that Mom was “fine” and that’s where they got their beauty from. The same could be said of Dad too. Their game was duller than most.

Earlier that day, The Backstreet Boys filmed their episode where they played against a girl band. 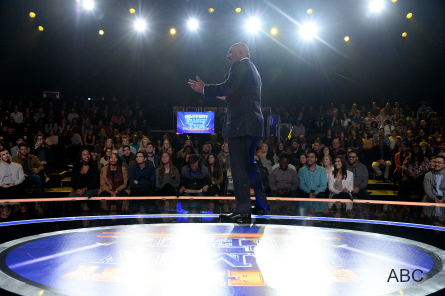 Harvey’s family got in on a game this season. Steve said of their game that his family “didn’t know a damn thing!” They needed 14 points in the Fast Money Round and his son answered “tuck-in my shirt” to the question “what does your stomach do?”

During down-time from filming, Harvey remained on stage much of the time and talked to the audience. He even concluded the day with an inspirational speech. In between takes, he shared that his favorite restaurant in L.A. is “Crustacean”. Harvey, who also hosts “Family Feud” said now two hundred shows later, in the beginning when he first went to audition for “Family Feud”, he thought he was trying-out to host “Deal or No Deal”.

The most entertaining battle of the day was ABC’s reality competition shows “Shark Tank” vs. “Dancing with the Stars” (DWTS).

The Sharks that came out to play were: Robert Herjavec, Daymond John, Lori Greiner, and Chris Sacca. They were joined by former “Shark Tank” contestant, Sabin Lamar who made a deal with Shark Barbara Cochran for their business “Cousins Main Lobster” and have become the most successful business to come out of the ‘Tank.

Playing on the “Dancing with the Stars” side was Keo Motsepe, Lindsay Arnold, Kym Johnson, Sharna Burgess, and Sasha Farber. Real-life couple on opposing teams were Robert Herjavec on the “Shark Tank” side vs. Kym Johnson from DWTS who are married in real-life and met when Robert danced on DWTS with Kym as his professional dance partner. 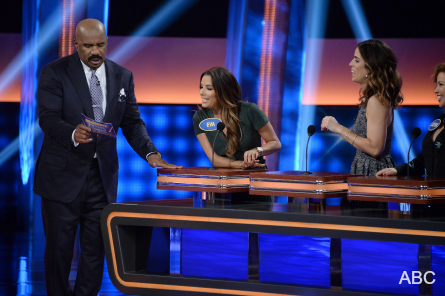 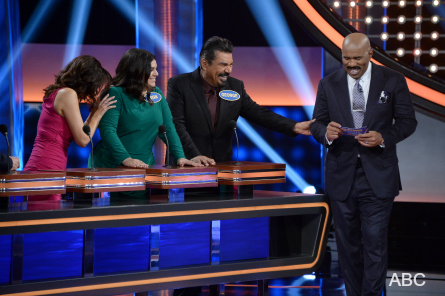