LET’S MAKE A DEAL: Great Costumes Don’t Always Get You the Deal! 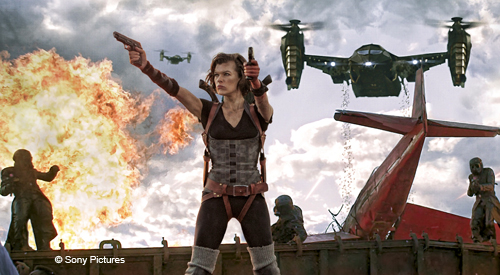 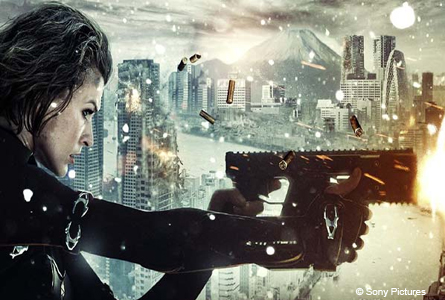 The Umbrella Corporation’s deadly T-virus continues to ravage the Earth, transforming the global population into legions of the flesh eating Undead. The human race’s last and only hope, ALICE (Milla Jovovich), awakens in the heart of Umbrella’s most clandestine operations facility and unveils more of her mysterious past as she delves further into the complex. 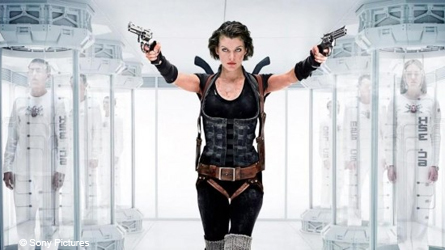 Without a safe haven, Alice continues to hunt those responsible for the outbreak; a chase that takes her from Tokyo to New York, Washington, D.C. and Moscow, culminating in a mind-blowing revelation that will force her to rethink everything that she once thought to be true. Aided by newfound allies and familiar friends, Alice must fight to survive long enough to escape a hostile world on the brink of oblivion. The countdown has begun. (source: Sony Pictures) 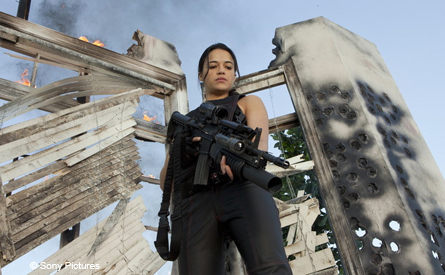 Interviews with actors and film makers below reveal more of the plot line to “Resident Evil: Retribution”.

Milla talked about her character Alice and the changes she’s gone through – “She’s accepting people into her life. She wants to be part of a team. She’s a human again. She doesn’t have these weird super-powers. She feels much more in touch with other people. There’s little bit of humor to her. She smiles more. She has more fun with it. At this point it’s the end of the world. If you’re not going to have fun with it, then what’s that point?”

Jovovich says of the acting requirements for her role: “You can’t just stand there and have your pupils dilate with special effects and make everything explode. You actually have to work.” She guarantees that there will be a lot more stunt sequences and a lot more fight sequences. Jovovich says this time around with Alice in “Resident Evil: Retribution”, “It’s more about the fact now we know she can die.”

According to Jovovich, the story line is more “about the big reveal of what the Corporation Umbrella really is and how big it really is…no wonder the world is coming to an end because it’s disastrous what’s going on.”

Writer, director and producer Paul W. S Anderson said, “It was fun working old characters back in. Obviously I loved working with Michelle [Rodriguez] in the first movie. We shot her in the head which precluded her from coming back. We always talked about bringing her back but could never figure out how. At the end of the third movie where we introduce the cloning idea that’s where it kick-started the idea of obviously if you have a franchise that has cloning in it then there’s the possibility for dead characters to come back.”

Paul Jones who did the special makeup effects, said, “We’ve been able to play with the look of the zombies. Giving them different genus. So you have a very specific look for the Tokyo zombies” he said versus the Russian military zombies who had to be very decayed and dirty. 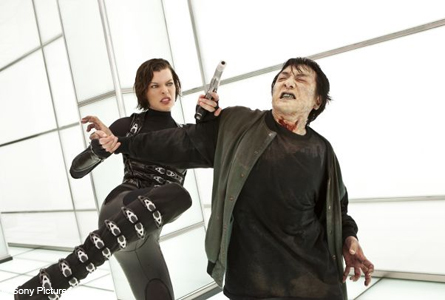 Anderson said of actress Milla Jovovich who plays the main character Alice, “It was fun to direct her in scenes. Normally where she would just crack the necks of the zombies and to watch her be panicked and scared and to act that was great.” Anderson said Jovovich told him, “Being scared is hard because you spend all your time screaming and running away. It’s much much easier to be the hero because you just stand there, look cool and kill things.”

There are mirrored and holographic environments the film’s production designer, Kevin Phipps explains, “There’s quite a lot of joy in that the interface between reality and perceived reality in reflected mirrored reality in a way that’s part of the narrative and part of the visual.”

Rodriguez talks about some surprises for her character, Rain Ocampo. “My role in this film varies. There’s about three of me. One is a military operative hired by the Umbrella Corporation named Rain from the first one, the second character by the same name lives in the Umbrella Corporation facilities where they test their biological warfare…The third character that happens to have gotten bitten and she’s running around just looking for something to eat.”

Rodriguez explains the visual differences of “Resident Evil: Retribution” to the typical science fiction film is “There’s an element of daylight” to that is the opposite of most science fiction films which tend to be dark. Rodriguez says that along with the various settings that include New York, Tokyo, Moscow – all elements bring the action film vibe into it she says she thinks fans will love.

Sienna Guillory talks of her role as Jill. “Jill is under the control of Umbrella. So, it’s kind of like being a good girl trapped in a bad body. She wants to do the right thing…now she’s a phenomenal fighter. Jill can do stuff now that she couldn’t do before including areal kicks. One way she’s a lot stronger. But, it’s not her and she’s made to do things that she doesn’t want to do…But, she loves fighting.”