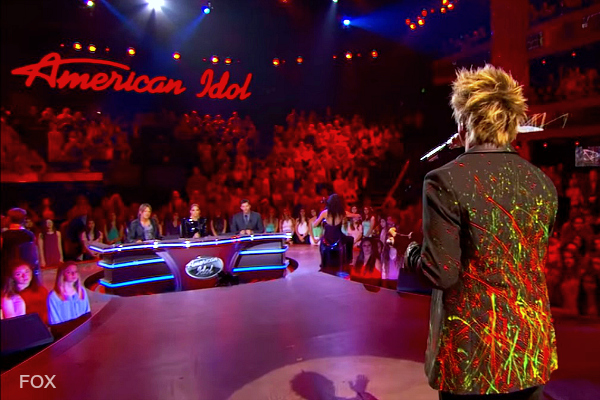 This week’s”American Idol” episode was a “double header” where contestants got mentored by two super-star singers. Their first performances of the night were rock songs mentored under Steven Van Zandt from the Bruce Springsteen Band.

The Top 4’s second songs were mentored by Sia who worked with the contestants in rehearsals where they each practiced one of her songs. Sia also took to the “American Idol” stage to sing “Cheap Thrills”. Former ‘Idol contestant Katharine McPhee and seventh season winner David Cook returned also to perform.

At the top of the show, the Top 5 came out onto the stage to hear who made it to the ‘Idol Top 4. One-by-one, host Ryan Seacrest announced who would be going through to next week.

La’Porsha was the first contestant announced as safe. La’Porsha sang “Wanted Dead or Alive” by Bon Jovi. The audience shouted after her performance. Keith said he would normally not think of that song for La’Porsha covering. But she brought out blues and swagger. Jennifer said to think of La”porsha singing that song “it’s so left of being a cowboy” and La’Porsha could sing the phone book and it wouldn’t matter. Harry said her voice transcends every genre. He noticed that she changed her bravado. “That’s a really, really crazy skill” when she answered that she “floated it down.” Seacrest asked about her new braided hair, and how long did it take? Her new “do” took 15-17 hours! 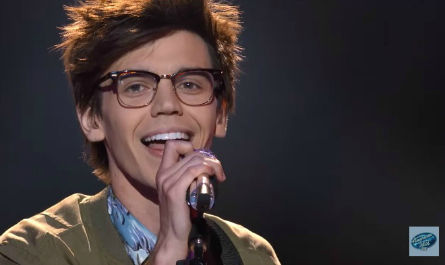 MacKenzie was then next singer announced as making it to the Top 4! MacKenzie sang “I Want You to Want Me” by Cheap Trick. Steven helped him take the song choice and arrangement to the next level. Jennifer wasn’t too fond of the version he sung. She said, “I don’t know how you ‘MacKenzied’ it and would have loved to hear what you did with it originally before Steven helped you change it.” Harry said there’s two groups of people in this world, those that know the song and those that don’t. MacKienze chose to make it half time and would have liked to hear him sing it double time version. Kieth “hated the arrangement. “You have to either do it the way it is or strip it down,” he commented.

After DAVID COOK performed “Heartbeat”, he said he’s thankful for the opportunity that “American Idol” afforded him because before the show, he was playing at clubs.

Trent sang “Sharp Dressed Man” by ZZ Top. The audience was roaring after his stellar performance of the song. Harry thought it was “brilliant” because Trent could have stretched it out to ten minutes in a concert. He also learned a new word from Jennifer – “Fungle”, a word she used to describe Trent’s version of the song. She said the word “Fungle” is Spanish for dirty, muddy and said he made the song his. Keith’s response, “that was so freakin’ good. 10 out of 10!” Jennifer said she’d been waiting for him to have this performance. “That’s what everybody was waiting for!” Trent responded that he was “just grinding”. 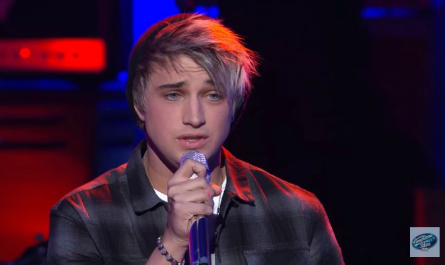 DALTON RAPATTONI was named the fourth singer added to the ‘Idol Top 4!

Before Seacrest played Sonika’s farewell video package, he said Sonika’s “American Idol” Sia song will be available on iTunes. Before leaving, Sonika’s final words were that she was so thankful for all the judges advice and thankful for her mom.

Dalton wanted to sing “Seven Nation Army” by The White Stripes. But Steven wanted him to change it to another song. Dalton ended-up going with “God Only Knows” by The Beach Boys. Keith told him “it was so good to chose that song,” and complimented him to wanting to “have the right words” to talk to America through the song. Jennifer said it was great to take the mentors’ advice and said he “won with that moment.” Harry said it was the most complex “methodically, and harmonically. Fortunately for me, that’s the type of song you want to have those vulnerability and did a good job of getting completely into the lyrics.

KATHARINE MCPHEE returned to the ‘Idol stage to sing “Somewhere Over the Rainbow.” After her performance, Katharine got to meet one of her biggest fans who happened to be an ‘Idol staff member named Oscar. He told her that in middle school, he took out a vote for Katharine McPhee campaign to win ‘Idol. He gave out donuts to people who promised to vote for her.

Backstage mentor, Scott Borchetta said it went great with the singers this week and he’s so proud of their live singing. Then, it was time for Sia and her mentoring the Top 4 contestants.

SIA has sold 30 million records. She said she was proud to have such a large body of work for the ‘Idols to choose from. They all sang one of her songs this week. Sia also said it was “moving” to see them each sing one of her songs.

LA’PORSHA RENAE said she was “really fan-girling hard” when she meant Sia. Sia said she was totally blown away when she saw La’Porsha’s performance of “Diamonds” on the “American Idol” stage. Sia got tearful during rehearsal watching La’Porsha singing her song “Elastic Heart”.

After La’Porsha’s performance, Jennifer said she had a flash-back during group week when La’Porsha was “under the radar.” Jennifer reacted to La’Porsha’s performance, “but, right now, I’m not even doing my job. I’m just watching you.” She said La’Porsha has such a command up there. Harry said he liked that she was singing in her “head voice”. Harry also said he feels like he’s in the passenger seat of a NASCAR driver when she’s singing. He likes watching her become a performer. 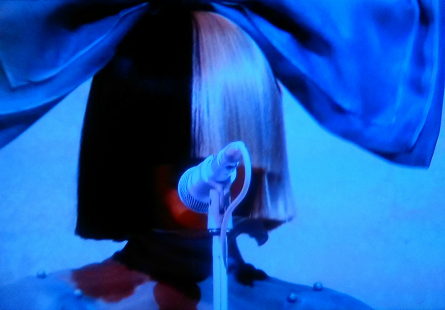