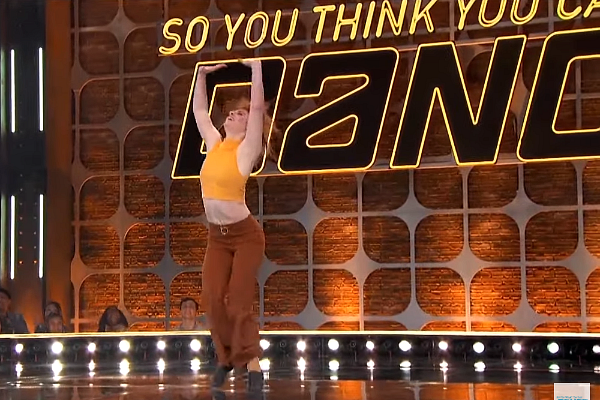 Fox’s popular summer dance show “So You Think You Can Dance” (SYTYCD) has freshened-up it’s look and cast. The new SYTYCD stage has had a revision, and last season’s judges Twitch and Vanessa Hudgens have been replaced with Dominic “D-Trix” Sandoval and Laurieann Gibson.

The new set includes 120 cameras to capture 360 degree angle stills of all the contestants’ dance moves. New judge Sandoval is no stranger to dance shows. He himself was a past SYTYCD contestant and won “America’s Best Dance Crew where he later returned to judge. Laurieann Gibson is a super-star choreographer who’s worked with the likes of Katy Perry, Beyonce, Lady Gaga, Michael Jackson, and the list goes on!

The SYTYCD season 16 premiere episode started with contestants who auditioned this year in Los Angeles.

Dezi is an 18-year-old Hip-Hop dancer from Long Beach, California. She said her personality is “bubbly” but when she dances, she’s “a beast.”  Dezi described her dance talent as “aggressive and atactful” then realized “atactful” is not a word.  Nigel called her audition “tremendous.”   Laurieann said Dezi’s dance is “the definition of the natural born gift” and saluted her.  Then asked if she choreographed it.   Dezi said she free-styled.   Laurieann reacted that, that just paradigm shift hip-hop in America today.  Dominic reacted that it just brought him in and he cried – “we’re going to keep this just between us.”  Mary stated Dezi took it to a whole new level.  This season, Nigel said, dancers need 3 “yes” votes to go to the Academy.  She got her three yes votes – all four judges said “yes” to sending her the Academy.

Stephanie was cut last season in the Top 20.  After that, her mother had a stroke.  Her dad found her mother not moving.   She’s auditioning this season with her brother Ezra.   Ezra said their mom told him to keep dancing and doing what their doing. Their mom pulled through.  ‘This is the Sosa’s part 2,” said Stephanie.  Before her audition, Stephanie told the judges that she’s dancing for her mom.  They danced to “Proud Mary ” by Tina Turner.  When they finished, they got a standing ovation from all the judges. Mary said it went from an emotional start, then turned into “a beast out there.”  Nigel told Ezra he had some of the sharpest movements he’s done in the jive. He told Stephanie to always dance for her mom.  Their mom was watching-on from the audience.  Dominic thanked Stephanie for coming back and he loved the chemistry they had.  They got Golden Tickets.

Matthew was on SYTYCD on season 14 but had an injury so he skipped season 15.  Dominic said he’s never seen someone have such an impact on him without even moving and for that alone he wants to give him a ticket.  Nigel loved the control of his pirouettes. and called him “sensational.”  Laurieann said coming from Nigel, that was a huge compliment.  She mentioned Alvin Alley dance studio and Alley would have dreamed of seeing Matthew’s ability.  Mary said Matthew set the stage on fire and “this is what season 16 looks like!”

Sarah stated that in school, there were tons of other “Sarah’s”.  So her nickname was “Sarah Mac,” which later became “Smac.”  She came to the United States six years ago from Brisbane Australia.  Sarah danced with her best friend, creative/comedy dance, which is what her SYTYCD audition was.   Dominic was impressed how she was able to hide the beauty in her technique and called it “genius” what she did with dance.  Mary said Sarah is like the Lucile Ball in dancing and was sure everyone’s falling in love with her.  Nigel asked if she danced to everything in the 70s? Sarah answered “maybe.” He called her a star.  Laurieann said she was so good all around.  She got a Golden Ticket.  Mary said her comic genius was so spot on and thinks there’s a phenomenal dancer under it all.

Amanda is a 29-year-old hip hop dancer and a mom of three. She found a mom dance crew to join.  The crew accompanied her in her SYTYCD audition on stage and they have 38 kids between all of them.   After her audition with her crew, Nigel stated that they should have danced worse so she stood-out.  Laurieann said her delivery was wonderful and would like to see more. Dominic reacted that it was tough to see a solo moment from her.  “As a whole, I thoroughly enjoyed it,” stated Dominic.   Mary said this was another SYTYCD first and Amanda needs more work.  Then, Nigel requested to put Dominic among est all the ladies, which he did!  Laurieann said the entertainment value was amazing, and said “yes,”  Dominic voted “yes” because he didn’t know it was that difficult.  Nigel agreed with Mary and also voted “no” because it needs to be more.

Gino is 18-years-old from Miami.  He said it was tough for his mom to support 3 kids that want to dance.  When he was nine years old, Gino was on the reality show “Dance Moms.” He was partnered with Maddie Ziegler, and the show threw in a kiss at the end of their choreography.  He said it was awkward and his first kiss.  Maddie didn’t like it either.  He’s been preparing for SYTYCD ever since he’s been watching the show.  Gino’s been dancing since the age of five.  He said his mom is definitely a “dance mom.” So, Nigel called her down to join the judge’s panel and gave her his seat.  Gino reacted “I just really didn’t expect this panel.”   Nigel said the technique paired with Gino’s emotion, he’d be surprised if he isn’t in the Top 10.  Laurieann said his technique was incredible.  She said it will be a challenge for him and would like to see him in the Top 10. Dominic said he’s 33 and can’t do what he did. He was blown away.  Mary reacted that she was so grateful for this audition.  Gino got all “yes” votes from the judges to move on to The Academy.