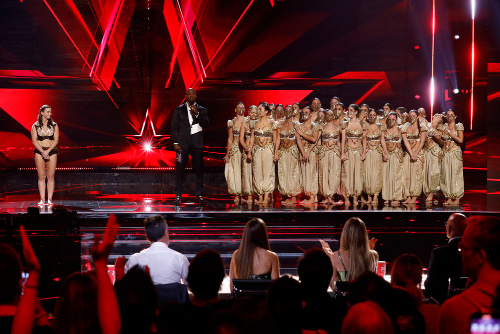 “America’s Got Talent” (AGT) season 17 viewers got a Top 11 that was a varied group of talent from a comedian to magicians, singers and a tech act.  The judges mentioned a number of times that it was unlike any Finale in AGT history.  The last act standing who took the win of $1 million, a Kia vehicle, and Las Vegas show was no surprise to many.  The runner-up also got a Kia car.

Past AGT act “Light Balance” opened the show and a surprise at the end of their performance was that host Terry Crews was part of the act in disguise.  Crews announced that Tuesday’s performance show was the biggest night the show had of voting.   The views online counted to a total of 1.5 billion this season.  After a recap video was shown of Tuesday’s performances Simon said “I’ve done this for a long time. AGT, this is the best finale I’ve ever been to.”  He told all of the contestants that they all delivered where it mattered. 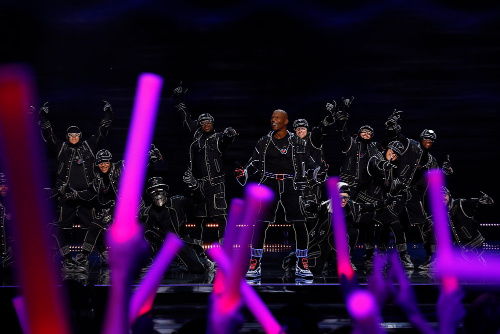 During the finale episode, the finalists performed with some of the biggest stars including: Black Eyed peas, Darius Rucker, Shin Lim, Darci Lynne, and more. AGT welcomed its biggest fan, actor Henry Winkler.  He said he loves “America’s Got Talent.” He’s also a fan of magic and was there to introduce Nicolas RIBS, Yu Hojin, and AGT season 13 winner Shin Lim who combined one trick using all their skills.

Country star John Party performed with AGT Country contestant Drake Miligan.  They were immediately followed by Chapel Hart who performed “Something to Talk About” by Bonnie Raitt.  They were joined by Darius Rucker.

John Party’s advice to the contestants was to keep doing what they’re doing and stay true to themselves.  Darius said the secret to having a long career is “songs…definitely songs”

Mike E. Winfield came out on stage to host the roasting of Simon Cowell where multiple past AGT comedians came back to throw jabs at Simon.  The first comedian was Don McMilian, the power point comedian.  Don joked that if someone had told him he’d be there roasting Simon Cowell in 2022 he wouldn’t believe that Simon is still here.  He also presented statistics of all of Simon’s dislikes and his one like – himself!

Mr. Pants returned to the AGT stage next to join-in on roasting Simon Cowell.  His jokes continued to stick to pant jokes. Lace Larrabee came out next.  She ended with a spicy joke when she said Simon loves his four dogs because unlike her, they’re the only bit$%s that don’t talk back!  Simon laughed and gave her a standing ovation. 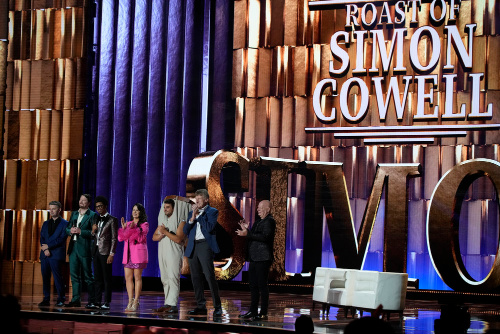 Before it was all over, roast master Jeff Ross came out. He called Simon “the king of mean.”  Metaphysic Simon Cowell popped up on the screen to talk about loving Simon!

The next act was ventriloquist contestant Celia Munoz performing with Darci Lynne singing “Somewhere Over the Rainbow.  The first AGT winner Terry Fator joined-in with Darci and Celia.

After a fun Halloween Horror Nights skit involving the judges and host, Kristy Sellars performed with Mayyas combining elements of their performances from Tuesday night’s show.

As Terry Crews was about to bring out his Golden Buzzer Avery Dixon, Heidi interrupted to introduce a video montage of clips that showcased Crews best moments this season.  Simon said Terry Crews is like his brother now and he adores him.  The audience chanted “Avery, Avery” at the top of Avery’s performance with Trombone Shorty. 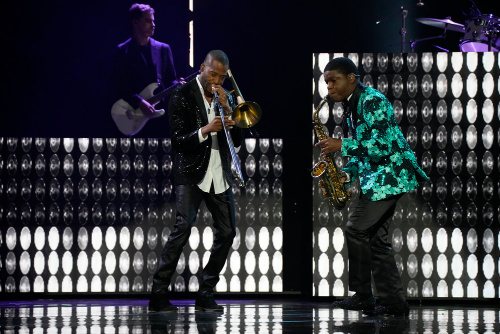 The two got a standing ovation.  Trombone Shorty said Avery is incredible, he thinks he’s a star and would like for Avery to join him on tour.
Then Simon Cowell’s Golden Buzzer Sara James took the stage with Black Eyed Peas singing “Let’s Get it Started.”  The advice that Wil.i.am gave Sara is that she has the qualities to get to the next level.  She’s a star, he said.

It was time to find out who made it into the Top 5.  The first two contestants called were Drake Miligan and Mike E. Winfield.  The act who took the first spot in the Top 5 was Drake Miligan.

Nicolas RIBS and Metaphysic were called forward.  The act who took the second spot in the Top 5 was Metaphysic.  The next acts who went head-to-head were Celia Munoz and Kristy Sellars.  The third spot went to Kristy Sellars.

Yu Hojin and the Mayyas were called to step forward. The audience was chanting for the Mayyas.  Crews announced that it was the Mayyas who got the fourth spot in the Top 5. 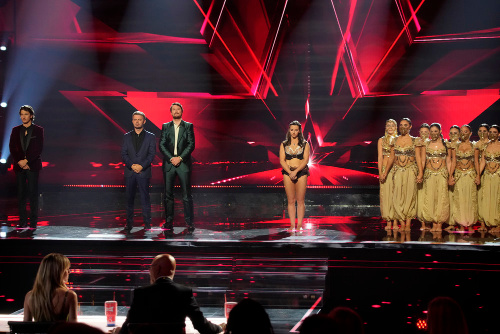 The three acts left were Sara James, Avery Dixon, and Chapel Hart. Only one of them would get the final spot.  The audience chanted for “Avery, Avery!”  The act who got the last spot was Chapel Hart!  They were super shocked. Both Sara and Avery were visibly disappointed.

Simon’s reaction to the results was, “honestly they couldn’t have tried harder than what they did last night.”  Congrats to everyone who’s in the Top 5.  Simon told the Top 5 acts, “you’ve seen who you’ve beat to get here” and they should be proud.

Next, it was revealed which act finished in fifth place.  It was Chapel Hart.  They reacted by saying “this has meant everything to us and showed what we do to the whole world.”  Heidi told them that she loves the three of them.  Simon told Chapel Hart that he believes they wrote a hit song last night (referring to the song they performed on Tuesday’s show).

The act revealed in fourth place was revealed as Metaphysic.  They said, “it’s been fantastic.” Sofia said they were amazing. But, this season was difficult.  She told them “this is not the end for you.”

The Top 3 acts were Drake Miligan, Kristy Sellars, and the Mayyas.  The act who finished in third place was Drake Miligan.  The judges were shocked.  Drake said “this forever changed my life, my career.”  Howie told Drake that he’s already a star.  He’s had exposure at the highest level.  Simon said “you could have just left, you had a number one record. You stayed in the competition.”  He said that was the right thing to do.

The remaining two acts were Kristy Sellars and Mayyas.  The act who received most of America’s votes was –  Mayyas!  Sofia rushed the stage to congratulate them and hug them.  Virtual auditions for next season’s “America’s Got Talent” is November 4th. 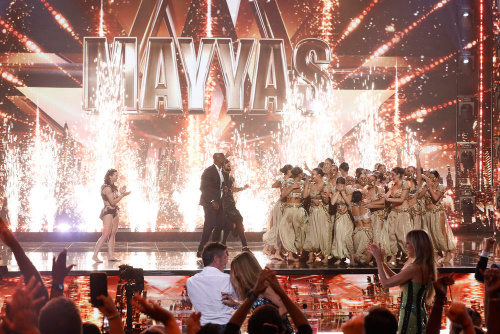