SO YOU THINK YOU CAN DANCE: Host Cat Deeley-Season 9 Auditions!

SO YOU THINK YOU CAN DANCE: Host Cat Deeley-Season 9 Auditions! 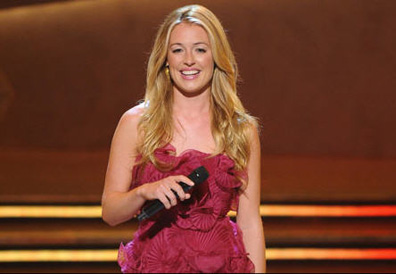 Primetime Emmy Award nominated host of “So You Think You Can Dance” Cat Deeley talked to us during the show’s last open-call stop for season 9 in downtown Los Angeles outside of the Orpheum Theater just after young dancer hopefuls raced into the theater for their opportunity at being on the popular FOX dance competition show.

Deeley stated that she looks forward to the most of each season is “finding the new talent. Before we start I always say are we going to find someone as great as Melanie, as fabulous as Travis and as talented and Joshua and every year we kind of do and it’s amazing,” said Deeley.

Getting attached to these dancers Deeley admits is hard not to do. She said every year since season two, she has a bar-b-cue for the dancer contestants for the 4th of July and stays in touch with all of them. Now at season 9, Deeley says, “it’s huge and I have to get caters because I can’t flip enough burgers”. 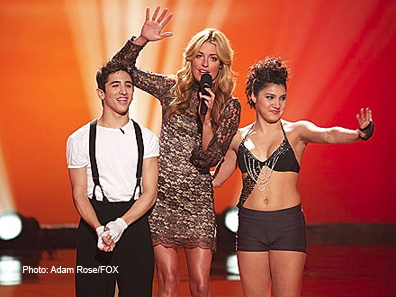 Host of "So You Think You Can Dance" Cat Deeley.

Deeley talked about her expectations for the new season, and receiving personal dances from strangers in their attempt to be cast on the popular FOX network dance competition show. Watch Deeley’s interview below:


But, as a warning, if you ever see Deeley on the street, don’t try to audition for her because as she stated, she “has no pull” to get dancers onto the show. She said that a small group of people once danced in front of her after coming out of an oprea then ran off.