Who’s On Your Team? THE VOICE – Season 4 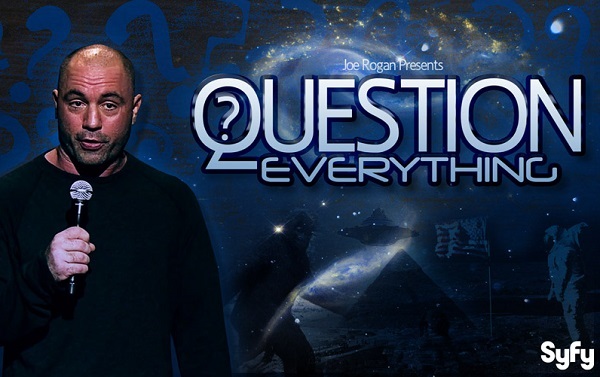 Syfy’s Upfronts revealed some of their new upcoming reality series for the Fall and Summer seasons and one returning ghost show! One includes Joe Rogan, host of “Fear Factor” returning to reality television with a paranormal show. Read more below:

GHOST MINE:
“Ghost Mine” will return for a second season of gold mining and ghost investigations. This unscripted series will air twelve all-new episodes that are set to premiere in September 2013.

For Season 2, the rag-tag team of gold miners and pair of paranormal investigators will return to Eastern Oregon’s Crescent Mine to continue their quest for gold and evidence of ghosts at the notoriously haunted mine. Located near the historic gold mining community of Sumpter, Oregon, the Crescent Mine is believed to contain high amounts of gold.

Each hour-long episode of the new season will feature the Ghost Mine crew battling the elements in hopes of striking it rich while delving further into the mysterious history of the Crescent Mine and revealing new information about the recurring Masonic symbols, Native American presence and a spirit named “Joe.” While the miners use the time-honored tools of their trade – including pickaxes and explosives – the paranormal investigators will introduce special new techniques and innovative gear to capture activity, including a revamped version of the popular RIPA (Remote Investigator of Paranormal Activity).

JOE ROGAN QUESTION EVERYTHING:
Premieres Tuesday, July 16 at 9pm (ET/PT) Life-long unexplained paranormal mystery-addict Joe Rogan ventures into unknown worlds and untapped territories to search for answers to life’s most startling theories. Having explored these questions for years on his podcast, Joe now takes his journey to the next level, traveling the country and knocking on any door necessary to find the truth. In his own unique and inquisitive style, Joe will stop at nothing to quench his curiosity for the unknown.

COSWORLD (working title)
Cosworld is a six-episode docuseries that lifts the veil on the imaginative world of cosplay competition. The series follows some of the hottest cosplay stars as they make a splash at comic book conventions around the country. The show dives deep into their lives, following their process as they create extravagant and visually arresting costumes each week. These individuals will constantly defy odds and race against the clock to transform themselves into amazing fictional characters that push the boundaries between fantasy and reality, all in hopes of impressing the convention judges to win a cash prize and the chance to become a cosplay legend. “Cosworld” premieres Tuesday, August 27 at 10pm (ET/PT).

FANDEMONIUM (working title)
From the producer of Jersey Shore comes “Fandemonium” – a six-part docuseries that celebrates the incredibly unique, often misunderstood, and infinitely fascinating fan girl and fan boy culture. Living together in an LA apartment complex, a tight-knit group of pop culture-obsessed fans continue to find their place in the world and flourish, thanks to their passions and personalities. Whether it’s being first in line for the latest blockbuster, making a lasting impression upon getting the chance to meet their heroes, or just figuring out how to balance their passions with making a living – when these friends get together, it’s flat out “Fandemonium.” Premieres Fall 2013.