We Have Been Waiting For You! THE X FACTOR USA – Premiere Week 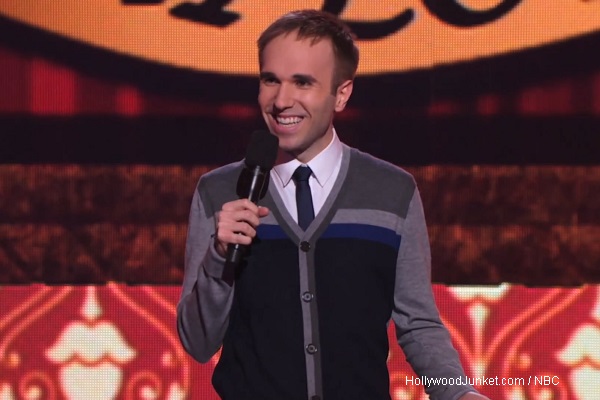 As the top six prepare to garner their final votes on “America’s Got Talent,” it’s not as much nerves as one would think. During a recent interview, they said that the worse of it is now behind them.

Country singer Jimmy Rose said he has “to take the best way to channel the nerves into a performance.” Comedian Taylor Williamson said that “the audience is happy to see us. They all voted us here. The crowd is on our side. It’s changed nerves into excitement.” Williamson listed some of his comedic influences as Larry David, and Woody Allen.

Singer Cami Bradley stated that “we can let go and give it our all. It kind of takes a little bit of the pressure off because we don’t worry about being cut.” 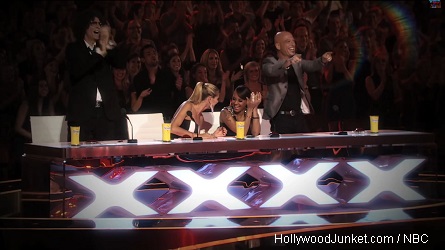 Pictured: Not all of the AGT judges were supporters of Taylor Williamson in the beginning.

Williamson said he’s used his awkwardness as a child into his comedy. On being bullied, Williamson said, “I used to get bullied a lot for anything that someone different would be.” He listed some examples as “talking weird and looking weird. All the things that I used to get picked on because they were weird, now I use for my advantage on AGT.” Williamson summed it up as – “anything that used to happen to Screetch on ‘Saved by the Bell’ happened to me.” Some of those things included being put into a trash can, and a locker.

Forte said they’ve been too busy getting in tuned with each other after losing one of their members after the first week of their audition. The said, “we’ve been focusing on one round at a time. We got kicked off the show, we didn’t think we’d be on the finale.”

Forte also said of their challenge early on in the competition on replacing a singer, “Every single round the harmony and the energy of the group becomes settled. We’re just experiencing it along with the viewers and the judges. We’re still in the process of getting to know each other.”

How do the judges’ comments influence America’s votes? Rose said, “the judges have an impact. Any time you make a mistake it’s there.” He said he does campaigning on his own from his Facebook page.

Williamson said, “I go on Twitter and Facebook and beg people to vote for me. It’s worked so far.” He said as for the judges reactions – if Mel B. or Heidi react that way (negatively), he said, “it creates energy – it creates conversation if the judges have polarizing opinions.”