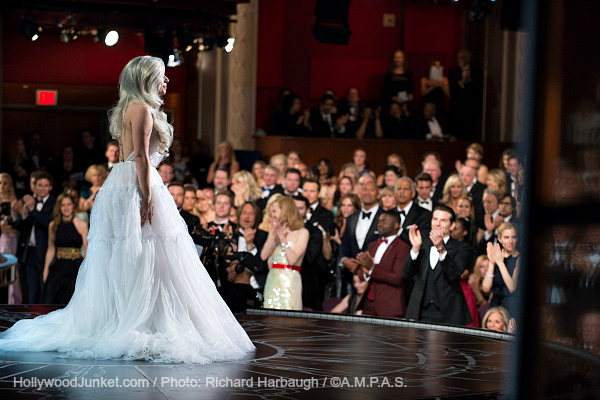 This year, the 87th Academy Awards selected Tony host, Neil Patrick Harris to be the emcee for the most highly anticipated film awards night of the year – The Oscars Ceremony. Previous host, Ellen Degeneres, who’s Oscars 2014 hosting stint produced the most re-tweeted image ever, was a tough act to follow.

.@ActuallyNPH opened #Oscars2015 by being in "moving pictures." pic.twitter.com/8ms74WB10O

Harris opened the show with a visually stimulating song and dance act performed in front of an immersive screen, placing Harris in popular scenes of iconic films representing the 87th Academy Awards theme this year – “moving pictures”. It was by far, one of the most memorable moments of the night.

One of first main categories awarded of the night went to Best Supporting Actor J.K. Simmons for his role in “Whiplash.” Simmons made a memorable acceptance speech which encouraged viewers to CALL their parents on the phone. Do NOT text or email.

Neil Patrick Harris threw everyone off-guard when he busted out of a robe exposing his bare chest as he ran from backstage to the Oscars main stage where he stood there in only his underwear. At this point, his “Birdman” impression was very evident, and revealing!

.@ActuallyNPH does his best #BirdmanMovie imitation at #Oscars2015 .@TheAcademy pic.twitter.com/7JnO9ne1iG 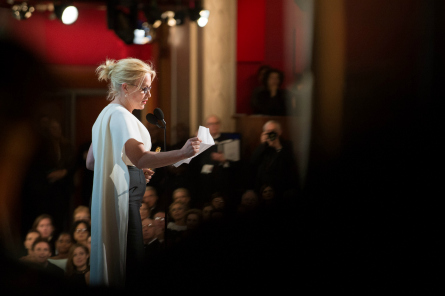 Patricia Arquette won Best Supporting Actress for her role in “Boyhood”. Her speech left a lasing impression when she spoke of the inequalities of women and how it needs to change.

Terrence Howard gets VERY emmotional presenting at the #Oscars2015 pic.twitter.com/bsRJ3Okcli

John Legend gave an incredible performance of “Glory” song from the Oscar nominated film “Selma” based on the famous Freedom March from Selma to Montgomery, Alabama lead by Dr. Martin Luther King Jr.

Not a dry eye in the house after .@johnlegend performed "Glory" .@TheAcademy #Oscars2015 .@dolbytheatrehw

Actor John Travolta presented with singer Idina Menzel and this time got her name right! But, social media was all abuzz about all of his face touching to her!

.@JohnTravolta__ apologized to .@idinamenzel for name mishap and let her read the envelope! #Oscars2015 pic.twitter.com/EGHqgFdEx5

Lady Gaga stole the show with her tribute to “The Sound of Music” musical film starring Julie Andrews. Unexpectedly, Andrews came out onto the stage to thank her. This was a thrilling surprise for Oscars viewers. Andrews was genuinely blown-away by Gaga’s performance. 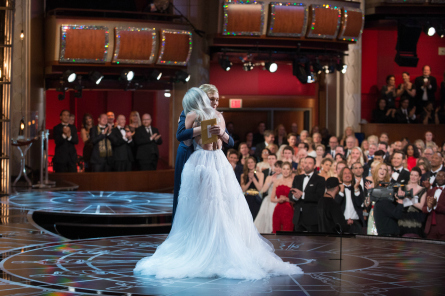 Another memorable Oscar acceptance speech of the night came from Graham Moore who won for Best Adapted Screenplay for “The Imitation Game.” During his speech, he revealed that as a teenager, he almost committed suicide. He told the youth to hang in there and to “stay weird, stay different.”

Actress Julianne Moore won for Best Actress for her Alzheimer’s role in “Still Alice.” Moore said she heard that winning an Oscar adds five years to ones life. She said she hopes it’s true because her husband is younger than her. 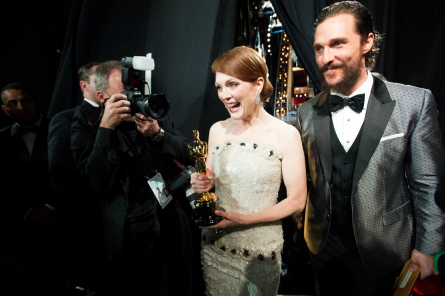 Host Neil Patrick Harris did an odd bit with a box containing his winning Oscars “predictions”. But, it was just a list of a comical recap of the events of the night.

The Best Picture award was presented by actor Sean Penn who announced that the Oscar went to winner of the Best Director category, Alejandro G. Inarritu for “Birdman.” Penn jokingly stated “who gave this son-of-a-bitch a Green Card?” Not everyone was amused by this comment. Penn later stated that he is good friends with Inarritu an it was all in good fun. 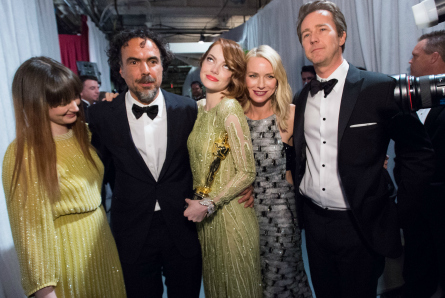 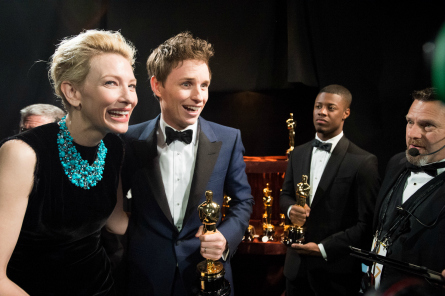 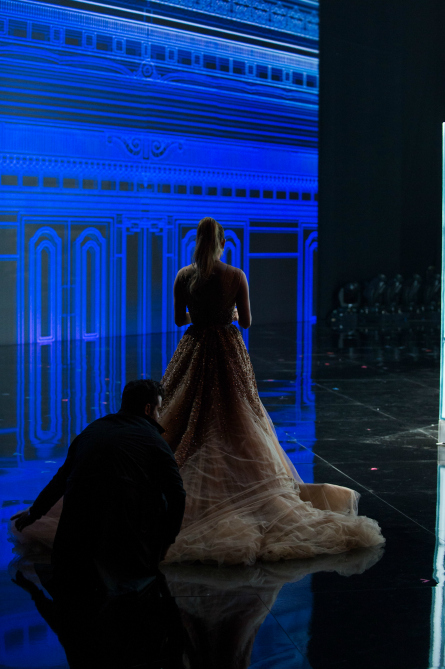