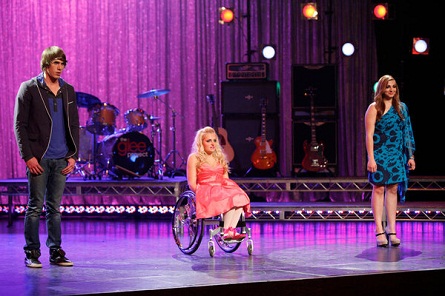 Eleven weeks of intense competition came to an end Tuesday night as Oxygen’s critically acclaimed competition series “The Glee Project” crowned Blake Jenner (19) of Miami, Florida as the season two winner, awarding him a career changing seven-episode guest-starring role on season four of the hit series “Glee.” The finale challenged the remaining three hopefuls, Aylin Bayramoglu, Ali Stroker and Blake Jenner, to the “Glee-ality” themed homework assignment of performing “You Can’t Stop The Beat” from “Hairspray.” Joining the contenders was one of “Glee’s” biggest stars, Chris Colfer (Kurt Hummel), whose personality and uniqueness was one of the inspiring motives for creating this series. In a surprise twist, all of the season two eliminated contenders were brought back to support the finalists and sing as a group one last time. Together they performed in the high school prom-themed video to Hot Chelle Rae’s “Tonight Tonight” for the main challenge.

To elevate the competition further, the contenders were given the opportunity to select their own last chance performance songs for not only Ryan Murphy and on-air mentors Robert Ulrich, Zach Woodlee and Nikki Anders, but also “Glee” co-creator and writer, Ian Brennan and some of “Glee’s” core writing staff. “The Glee Project” season one winners Damian McGinty and Samuel Larsen as well as “Glee” guest mentors Dianna Agron, Amber Riley, Darren Criss and Grant Gustin also returned for the finale in support of the final three. Ali showed her versatile personality by performing “Popular” from the musical “Wicked.” Blake stepped up in an emotional performance of “I’ll Be” by Edwin McCain before reciting a personal poem about his journey on the show. Finally, Aylin performed “Rolling In the Deep” by Adele which garnered high praise from “Glee’s” Amber Riley.

All three brought everything they could to the stage, but in the end, Ryan Murphy chose Blake as the season two winner. Blake’s passion has always been in acting, with an added love for singing, although he’s never had a lesson. After experiencing some rejection during his time in Los Angeles, “The Glee Project” came along and changed his life giving him the opportunity of a lifetime.

Check out these set photo’s of; Blake Jenner, Aylin Bayramoglu and Ali Stroker performing on THE GLEE PROJECT. 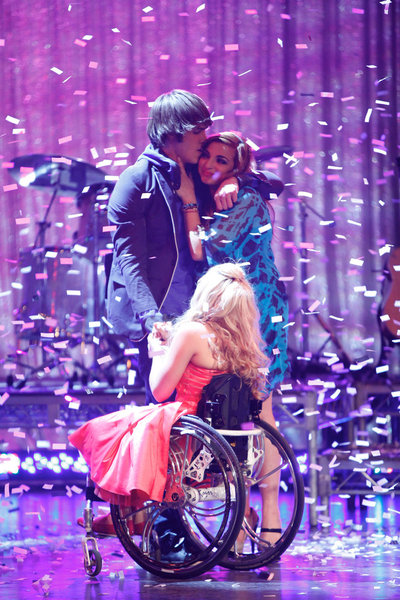 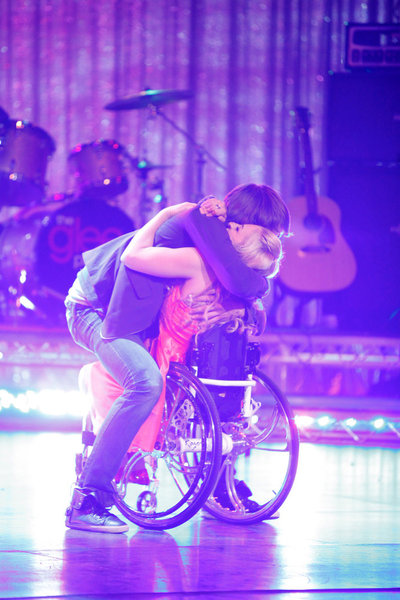 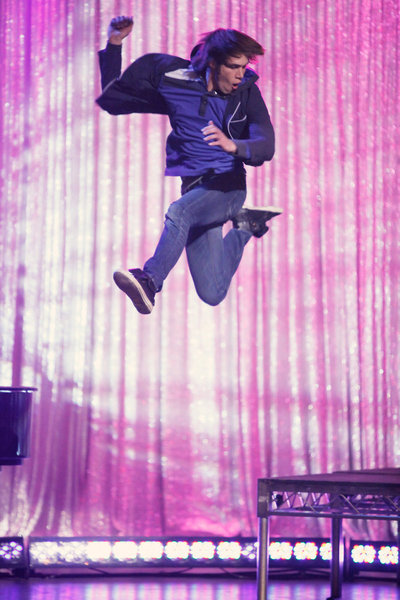