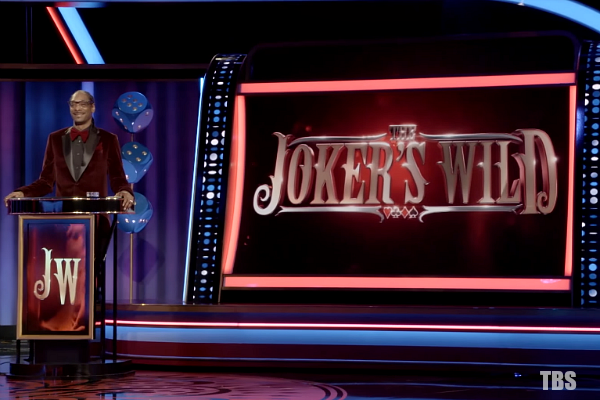 The iconic “The Joker’s Wild” game show is one of many being resurrected and revived to the air waves. This time, however, it’s a remake with not only a twist to it, but a whole new unique vibe which premieres on TBS later this month. 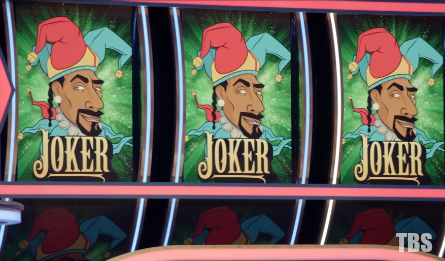 Similar to “The $100,000 Pyramid”, “The Joker’s Wild” also aired throughout the 1970’s and early 1990’s. It’s appropraite that with a twenty-five plus year gap since last seen on TV that some updates and changes would be expected. The updated Joker’s Wild takes-on a whole new audience with a hip Urban feel. Maybe best described as “Showtime at the Apollo” meets “Press Your Luck” game show.

TBS network has given viewers insight to this updated vehicle, called “Snoop Dogg Presents: The Joker’s Wild” with an informative making-of documentary about it called “Gettin’ Wild with Snoop Dogg”. Perhaps to prepare game show fans? This is definitely NOT your grandmother’s Joker’s Wild! In fact, Snoop Dogg states in the documentary that the game show is a favorite of his and one that he often watched with his grandma.

Also seen in the documentary is Michael Strahan, host of “Good Morning America” as well as ABC’s new “The $100,000 Pyramid” met with Snoop Dogg to give him some pointers on hosting a game show and showed him some support.

The actual new Joker’s Wild game show setting serves for a kick-back, chill atmosphere equipped with the chillest host of all – rap artist Snoop Dogg who is famously known for his affection for herbal medication. He even consoles a losing contestant by telling him he’s getting a parting gift of “greens” backstage.

This new Joker’s Wild version comes equipped with the addition of a co-host Jeannie Mai (“The Real”, “How Do I Look?”) who explains the game play of certain categories. Yes, the categories still remain, yet with even more creativity. Some examples of the unconventional game show categories include: “Big Ass Slot Machine”; “Name that Strain”; “Fro Back Thursday”; “Matzo Ball Snoop.” And, there’s plenty more of where those came from!

You may be curious about what those categories entail? Well, “Name that Strain” is exactly that. One contestant who chose this category had to guess which strain of marijuana was fabricated. In “Fro Back Thursday” the contestant had to guess from a photo of an Afro hairstyle who the celebrity was wearing it. The “Matzo Ball Snoop” had contestants guessing what Jewish terms meant. It was a category of great struggle for host Dogg as well who said no one in production prepped him beforehand on the correct pronounciation of the terms. Thus, it was a different kind of guessing game for him too.

The game is broken-down into three parts. The first round, second round, and Bonus Round. Two contestants play to win the most money and to move-on to the Bonus Round where they play for $25,000 if they can “beat the devil”. In order to win the grand prize, the contestant must spin the wheel of money instead of categories. If they score enough money to equal $10,000 and without conjuring up a devil on their spin, then they win the $25,000.

Each episode starts with co-host Jeannie Mai announcing the players – two contestants and what they do for a living. Shots of the audience, along with a soulful sound track sets the cool, laid-back Urban tone for the whole show. Then, host Snoop Dogg chats with contestants a bit while sipping on a colorful cocktail. One contestant connected with Dogg because her profession is a Social Media and Event Planner for pot farming. Other contestants’ day jobs included a Dental Hygenist, and Football Coach which Snoop could also relate to from being a football coach himself at his son’s school. 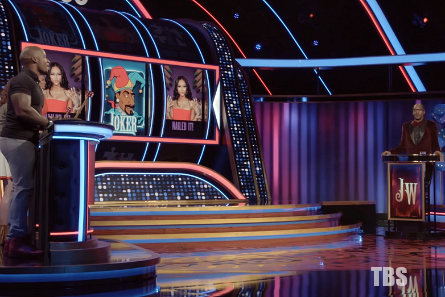 In all rounds, the contestants still spin the wheel the same as inthe original game, with a lever next to them. The first round categories are worth $100. Two of a kind are worth $200. Three of a kind are worth $300, and three Jokers are worth $500. All dependent on if they guess the correct answers after picking their category. One category called “That’s How I Roll” has the contestant throw a die to determine the number of clues they’ll get from Snoop Dogg to determine a correct answer.

In the second round, the money is doubled which means three Jokers are worth $1,000! Also, the second round comes with new categories and the addition of more celebrity cameos. For instance – “Computer Klass” features super model Karlie Kloss, “The UK Way” (with Kelly Osbourne) has Kelly Osbourne reading the question, “Regis & Snoopy Lee” has Regis Philbin sounding off the question with Snoop Dogg as his co-host. The documentary showed these video clips being filmed with the celebs in front of a green screen. It looks like a lot of time and effort went into making these videos which resulted in extra fun to watch on “Snoop Dogg Presents: The Jokers Wild”.

The new Joker’s Wild does not have prizes that go along with categories which was popular on the original. However, the updated version does bring back the retro “parting gift” or “consolation prize” that was so common in classic game shows. There was also something called “go off the board” in the original “The Joker’s Wild” where contestants could choose a category that didn’t come up in their spin. From the episodes screened, that too is missing on the revised version. Also different, games in the new version are played to completion on each episode and contestants do not come back to continue their games, nor do they move-on to compete against new competitors as in the original.

It seems this modern-day Joker’s Wild has taken a light, fun-hearted, low-key and simple, yet adult style approach that seems to work very well.