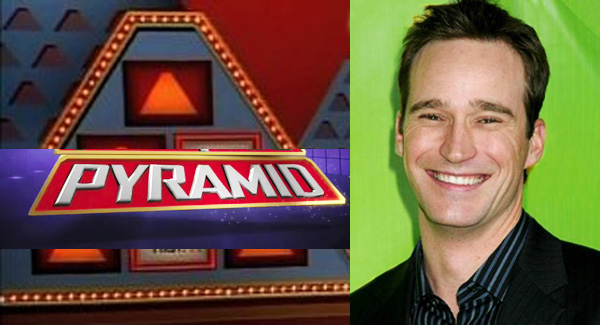 GSN network has shot three half hour pilot episodes of the classic game show “The 10,000 Pyramid”, calling it “The Pyramid” with host Mike Richards. Richards is the Executive Producer of “Let’s Make a Deal” and “The Price is Right“. He also hosted Ashton Kutcher reality dating game show “Beauty and the Geek“.

Each show starts with the host stating each of the two celebrity player’s names as they each stand on either side of him. “This is Yvette Nicole Brown and Cat Cora, I’m Mike Richards and this is ‘The Pyramid!”. Richards joked in between takes that he feels like he should be saying “This is American Idol!”.

Game show fans will be super-excited to know that the set of “The Pyramid” has been revived to look very closely to the original set from the 1980s when Dick Clark used to host the show with various money denominations in the title. Richards’ promotional teasers shot in front of the audience has him saying “A brand new Pyramid”, “New Categories”. 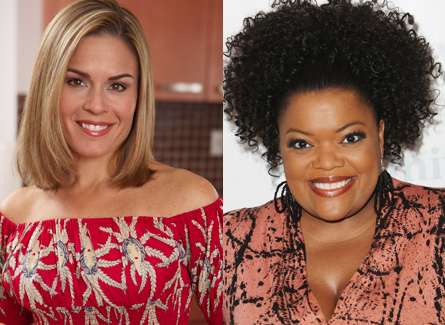 One celebrity is paired-up with one contestant to help them win-over seven clues per round. If they guess all seven clues correctly in thirty seconds, they win $500, plus $50000 gets added to their Pyramid when and if they reach “The Winner’s Circle” round. There are five categories that they get to choose from where their seven clues come from. Some examples of the categories are: “I Got You Abe” (facts about Abraham Lincoln), “To Kill a Mockingjay” (The Hunger Games), “Off Color” (things that are black-and-white), “Uno” (celebrities with one name), and “What the Zuckerberg” (Facebook lingo).

The celebrities that participated in the three episodes were in the following combinations: Yvette Nicole Brown (Community) and Cat Cora (Iron Chef) played in the first episode; Chandra Wilson (Grey’s Anatomy) and Horatio Sanz (Saturday Night Live) played in the second episode; Yvette Nicole Brown and Chandra Wilson were brought back to play in the third episode. Brown happened to have a winning combination with one particular contestant that won him $5,0000 that got added to “The Winner’s Circle”. This contestant made it to “The Winner’s Circle” where he won the $15,000. There are two chances per episode to play “The Winner’s Circle”. Both are worth $10,000 with a chance of $5,000 being added from a successful seven clue game-play.

Wilson stated that her and her family who was seated in the audience have their own game addiction of “Words With Friends.” She said that they play it while on the couch at home without talking to each other. Brown stated that her game of choice is Taboo. 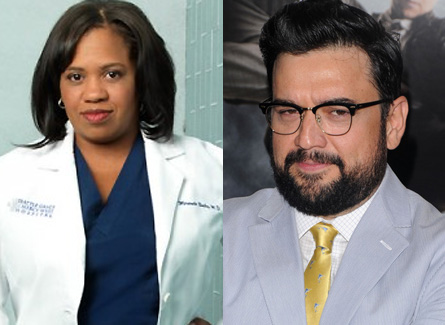 Celebrity player Sanz, who admitted to not being a Facebook user had a difficult time with the “What the Zuckerberg” category. Brown was hesitant when it came to a category naming the elements in the Periodic Table. Some of the contestants included a literary blogger, an App developer who came up with the app that shouts “Shut Up” in different languages, and a former hand model. One clue that Brown’s contestant couldn’t get in “The Winner’s Circle” round was “Things that are bitter”. Brown gave one clue as woman, followed by lemon! Host Richards caught onto the “woman” clue and joked about it. During Sanz’s “The Winner’s Circle” round he named his parents as clues to “Someone might say as insults”. At the end of the round, Richards said to Sanz “I’m sorry about your parents!”

The two contestants in the third episode of the day had two ties in the last round that determines who goes on to “The Winner’s Circle”. The last tie ended with each contestant having six points each. When a tie happens, the contestants are given a category where the clues are things that start with the same letter. For example “U”. All of the clues are things that start with “U”. In the case if both contestants get all seven clues correct, the tie-breaker is determined by which team got to the seven correct answers in the least amount of time. Brown’s team scored seven clues in twenty-four seconds out of the thirty seconds allotted!

According to one crew member working on the show, there will be more episodes shot in mid-July. Until then you can practice at home with Pyramid on Nintendo. Another set rumor is that the show may have a couple of celebrities sprinkled into the audience seating here and there. Read HOLLYWOOD JUNKET’s article “PYRAMID: Enters the 21st Century!” watch new and classic game shows anytime on huluPLUS!