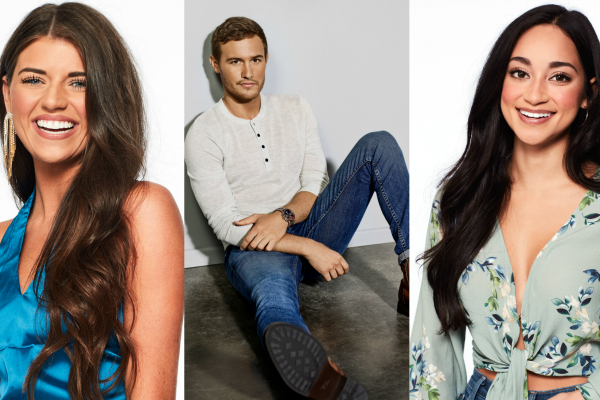 Coming off of a five-hour long episode week last week, “The Bachelor” returned with a lighter load on Lima, Peru. Only six women remained at the top of the show. They were: Victoria F., Kelsey, Hanna Ann, Kelley, Natasha, and Madison. The women were worked-up about this week because it meant that they would either be going to Hometown dates next, or be going home.

Kelley told the women that she thought that Peter was looking for more clarity. Madison agreed and felt like she still needed that conversation to see what happens after the show.  Natasha said that she couldn’t  fathom taking Peter home “without that one-on-one time.”

Madison was over the moon to be going on a one-on-one date with Peter, who had planned for them to visit a fishing village.   It had been a while since their first one-on-one date which was the first date of Peter’s season where he took her to his parent’s renewal vows.

Peter said he could see Madison as his best friend and wife.  “I know how quickly I can fall for someone.  And as strong as I feel for Madison, I’m not going to get hurt again,” said Peter in his confessional.

Madison told Peter that she’s “really serious about you, and wouldn’t be doing this if I didn’t see a future with you.”  Peter responded that he was glad that she told him that.  Peter said that validation “feels really good.  But I do not want to get blindsided again.  That’s scary as hell” he said in his confessional.

Back at the hotel:  A little foreshadowing came in the form of the women’s conversation.  The women were worried that Madison and Peter have a strong connection.  Kelsey spoke about how religious she is and hasn’t had time to talk to Peter about it yet.  Natasha was worried that she hadn’t had a one-on-one date yet.  Then, finally the next one-on-one date card came and it had Natasha’s name on it.  The card read:  “Let’s explore.” – Peter

Madison and Peter went to a local outdoor venue with music, then dinner.  Madison told Peter that it’s been hard.  Peter asked why.  She said it was because she actually can see a future with him and it makes her nervous.

With hometowns coming-up, she’s always wanted someone like her Dad.  The way he has a strong relationship with the Lord and the way he is able to love his family as well.  Relationship with faith is something that’s been passed down to her.  She said it’s important in a relationship and wanted to see if Peter was on the same page.  Peter was silent for a few minutes.  He admitted that he does struggle with faith at some times. “But it is something that’s important to me.  It is.  I promise you that,” Peter told Madison.

Peter told Madison that he feels so good about her.   Then, Peter dropped a doozy on her – “I know that I’m falling in love with you.”   Madison said she was so glad to hear him say that.  But, she didn’t reciprocate the words back.   They kissed it out.   Peter called the date ‘a perfect ten,” and gave her the rose.  He told her that it would be “such an honor to go meet your family.”  Peter was excited to be going to her hometown of Alabama.

During lunch on their date, Peter said Natasha has been the only woman that who’s shown him all sides of her and loves how she calls it how she sees it.  Natasha explained how she’s the youngest in her family and doesn’t take any crap.  Her parents hadn’t met any guy she’s dated in four years. She said her last boyfriend broke-up with her because she’s “too intense.”  Natasha said in her confessional that she’s always felt that she’s had a connection with Peter and hope that she’s “that person” for him.

Back at the hotel:  The women were talking about their dates thus far.  Victoria F. wasn’t feeling the most confident and didn’t expect to get anymore dates.  Kelley felt confident that she’s going to get a hometown date.  The next date card arrived that read:   Kelsey Love is a wild ride.” – Peter.

With Natasha, Peter said he didn’t know he was there yet with her because he still feels that he was falling in love with Madison.  At dinner, Peter asked Natasha if she still feels like she’s there with him.  She told him that she feels that she has a strong connection with him.  But, it’s important that he feels the same.  Natasha told him that when she does bring someone to meet her family, she wants it to be really special.  She asked how Peter he felt.   He said he’s tying to find that person that he wants to spend the rest of his life with.

In his confessional, Peter said he feels more of a friendship with Natasha, and he’ll need to be brutally honest with her.  So, he told her that he could not give her the rose and “I’m so sorry about that.”  He told her that she’s so amazing and doesn’t know if he waited too long to truly give them that chance.  Natasha told him that she hopes he finds what he’s looking for.  “I know I will,” she said.

Back at the hotel:  Although they anticipated it, the women were still shocked that Natasha got her suitcase removed.  The signal that she’s going home.

Kelsey said Natasha going home was a “wake up call” because it could be over quick.   Peter met Kelsey at the country side of Lima, Peru.  He wanted to see if he could see his wife in Kelsey.   At the start of their date, they rode on ATVs.  Riding through the mountains, Peter called in “unreal.”  Then they ran up a mountain.   Peter said he wants a partner that enjoys being active and hoped that Kelsey liked that.  He told her “these are the sort of things I want to do for the rest of my life.”

Kelsey said she wants to work a couple of days a week and be able to be at home the rest of the time to raise kids.  She wants to be involved in her kids life, yet still wants time for herself.  Kelsey revealed in her confessional interview that she was worried that what she has to offer, may not be what Peter wants.  If she doesn’t get the chance to bring Peter to her hometown, she’ll be devastated.

Dinner was next, and Kelsey started getting emotional in her confessional from the top.   Ironically, Peter pointed out that “it didn’t get emotional” on their date so far!  He asked her about her family.  She said her mom is “very sweet.”  Her dad won’t be there.  It’s been ten years since they’ve spoken.  Peter said even though Kelsey hasn’t had that model from her parents, she still knows what she wants.  Kelsey said she doesn’t want to settle which she could, but wants to be in love.  “I think  I’ve learned a lot of what I want,” she said and what she doesn’t want.  She told Peter that he is very special to her and she wouldn’t be there if she didn’t see him in her future.

Peter responded that he wants her to feel that validation and can definitely see himself going home to meet her family.  He gave Kelsey the date rose.   Peter told her that he knows they connect on a deep level and admires her strength and grace.  It’s a quality his looking for in his future wife.   Peter said they have “a very mature relationship that’s not conventional.”  He was excited to be going to Iowa to meet her family.

Back at the hotel:  A three-on-one date card arrived which read: “Hannah Ann, Victoria, Kelley.  ‘Tomorrow won’t be easy,’ – Peter.”  Kelley was annoyed because she said Hannah Ann and Victoria F. are children and who wants to be on a date with them.

Peter and the three women enjoyed some outdoor scenery at a hacienda.  They met with the owner to chat and he invited them to come back and get married in the chapel on the premises.  He said when you’re in love with the woman, she’ll “give you happiness” and hoped for Peter that he’ll find the love of his life.  The owner had been married for 36 years.  Peter said that’s what he wants.

Peter spent some time with Hannah Ann first.  He had some reservations with her because she had her walls up.   Hannah Ann was sad to think that this could be their last time together as she cried to Peter.  She told Peter that she’s always been really confident with them which is why she didn’t show emotion early on.  She wrote down the reasons why she fell for him – He makes time for her, makes her feel like she doesn’t need to be perfect.  It ended with “you are you and there’s no one else like you.”  Peter loved it.

Peter spent time with Kelley next.  She told Peter she was frustrated because she was one of the only girls who didn’t get a second one-on-one date.  She told him the relationship “can be easy and can be fun.”  No one has to jump through hurdles.  Peter thanked her for being honest and real.

Next, it was Victoria F’s turn with Peter.  Peter told Victoria she has given him reason to doubt her.  She got defensive and said every time she sees him, he’s in a “mood.”  Victoria tried to reassure him by telling him, “I am committed,”  She told him she doesn’t want to get to the end and lose him.  So, it’s easier for her to not get too into him.

Peter ended the three-on-one date early, stating that he didn’t need dinner.  He sat down with the three women ready to give out a rose.  Then, called Victoria in private to talk.  She said “I don’t want to go home.”  Peter told her that he “really appreciates” what they have. He told her that he also appreciates her opening-up to him on the date. He told her that he loves what they have and it’s great to see the confidence she has in them continuing to grow.  He gave her one out of the two roses then put her in a car to head back to the hotel.

When Peter returned to Kelley and Hannah Ann, they noted the rose missing and knew it was going to be one of them going home. Peter told Hannah Ann that he’s enjoyed every moment with her up to this point, and told Kelley that he’s excited about their relationship.  He’s also grateful for meeting her the way they did.  Then, he gave Hannah Ann the rose.

After Peter got up to walk Kelley out, Hannah Ann broke-down and cried as if she was the one going home.  Peter told Kelley that if anything, he was holding-on to them meeting before the show, and wanted it to mean something more.  Peter said in his confessional that he thought he and Kelley had a really good friendship.

In her ride home, Kelley said she doesn’t want Peter to waste her time either. “Thank you for not coming to meet my family.”

The four women left are:  Kelsey, Madison, Hannah Ann, Victoria F.  Peter told them that he’s looking forward to going to meet their families and feels like he has “the right four.”

NEXT WEEK: Home town dates and there’s some serious drama that’s going to erupt between Peter and Victoria.  Madison has yet to tell Peter that she’s a virgin, waiting for marriage.