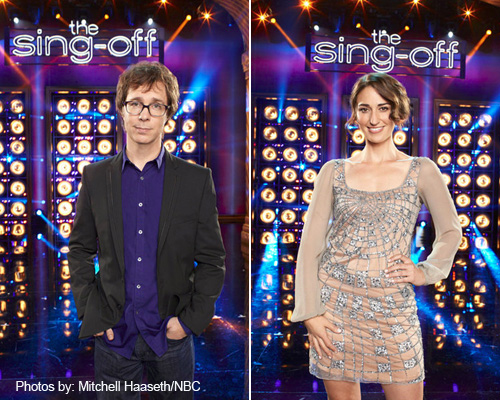 NBC’s “The Sing Off” made its third season debut last night with some changes and even more a cappella groups than ever before (16 total)! HOLLYWOOD JUNKET talked to two of the three judges about what makes this season special. 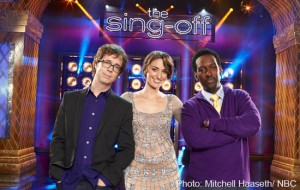 Some of the groups this season, “The Collective” being one, are musicians, but have never performed a cappella before and have decided to compete in show. “The Sing Off” judge, Ben Folds stated that he thinks that “its’ just a natural selection. You have groups that were observing the first and second seasons and thinking ‘I could jump into this”. Folds explains that “maybe a group of musicians are finding it difficult to have their style of music heard and this (The Sing Off) is just another avenue.”

However, Folds stated that performing a cappella is “not just something you just walk up and do”. He said that he sat in on the groups rehearsals last season during the finale show and thought that is was “surprisingly difficult”. Fold said that he was glad that he did and that it made him understand it even more – “Wow, it’s not easy!”

New judge this season, vocalist Sara Bareilles has a background in a cappella. She said that she has “empathy for what they are doing. It’s brought up nostalgia for a time in my life that I really loved”. Bareilles also admits to being the more “emotional” judge. “I get sucked into their story and their journey. I’ve been in their shoes…I feel very connected”.

One group, “Urban Method” this season was formed by a sound engineer. When asked what he thought of that, Folds replied “what he’s done is really effective. You hear the sound that you’d hear on a record. It raises the bar and makes the other groups try harder”.