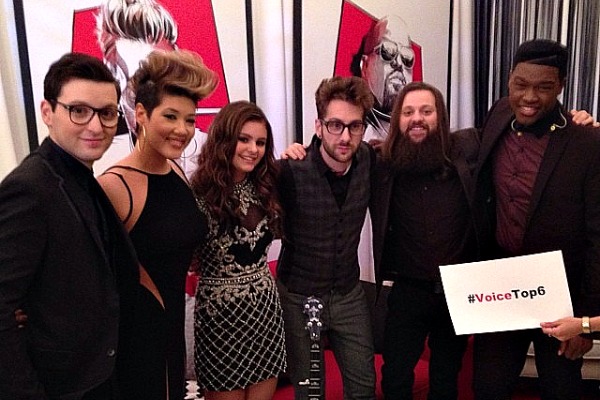 THE VOICE Season Five Episode Seventeen “The Live Top Six Performances” each artist performed two songs on Monday night, one song of their choice and one song chosen by their coach. 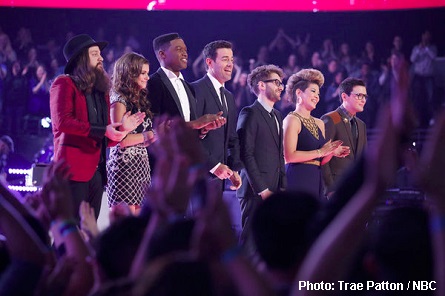 Coach Blake gave a little tease of Cole’s upcoming performance and said – “We still haven’t seen the best he can do as a vocalist.”

Adam Said – “you have such an incredibly great voice, I enjoy seeing you up here everynight”

CeeLo said – “Great job tonight, definitely a fan of you”

Tessanne said – “This is a very important song to me and my people.”

Adam said – “I want to hear you do this song really badly.”

Christina said – “Lovely great job, Your accent reminds me of my trip to Jamaica a few years ago.”

Adam Said – “We all know how good you are as a vocalist, but to carry that flag was just incredible”

Matthew dedicated his song choice to his family – “Story of My Life” by One Direction.

Christina said – “I love this song choice for you and what you bring to it, you always have a way of making it your own. It was almost like the heavens were parting”

Adam Said – “Blake is the authority on all things one direction. you were great man, you can tread on any ground you want to.” Who is CeeLo Rooting For – Partial to Cole.

Will dedicated his song choice to his wife and daughter – “A Change Is Gonna Come” by Sam Cooke.

Adam Said – “One of the coolest things about Will is he can play and play well. It felt really real and really genuine.”

CeeLo said – “Will you definitely got soul and you got heart.

Watch Will Champlin Sing “A Change Is Gonna Come” HERE

James dedicated his song choice to his dad Song – “Fell in Love with a Girl” by The White Stripes.

Blake said – “I thought your pitch and everything was really good”

Adam Said – “This song was more about bringing it back to the simplicity of a voice and what it can do, it felt nice and I like this version. I am very proud of you.”

Christina said – “I want Jackie to connect with Janis Joplin.”

Christina went up on stage with Jacquie and said – “She left her heart on this stage for all of you. I see so much of myself in you, I am so proud of you”

Adam Said – “I do not want to see Jackie Lee when her heart gets broken, watch out boys!”

CeeLo said – “It’s truly amazing, you are a medium of some sort, just awesome.”

Cole dedicated his song choice to his first love, even thought they are no longer together – “Better Man” by James Morrison.

Blake said – “If you don’t get her back now something is wrong. You are showing dimension, you can do it all with character, I respect you.”

CeeLo said – “I agree with Blake it’s bitter sweet for me to see you grow and open your self up to the world to show who you are as an artist. It would be super cool for you to win this thing.”

Tessanne dedicated her song choice to her mom and dad – “Unconditionally” by Katy Perry.

Blake said – “You are a world class vocalist, I haven’t seen anything like you on this show.”

Adam Said – “Katy Perry songs are big productions and sometimes we worry about that, but not with you. You are a beautiful human being I loved from the start.”

Twitter Question #AskCarson – Do the Artists ever get to have fun? Sure they do just check out this: Jacquie Lee, Tessanne Chin, James Wolpert, Matthew Schuler, Cole Vosbury & Will Champlin Star In SING HARD – Spoof “Action Movie” Trailer HERE

Christina’s song choice – “When a Man Loves a Woman” by Percy Sledge.

Matthew said – “last week wasn’t my best performance but, I am ready to give it my all so I never see the bottom three again.”

Christina said – “I chose this song because he hasn’t had a classic soul moment yet.”

Blake said – “Definitely a knack for classics tonight on the show, that was as good as I have ever heard you sing.”

Christina said – “It really takes a great vocalist to embody any style of music, you have this phenomenal wide range.”

Will said – “This is a huge crossover kind of song.” “Adam has really helped me discover a confidence I never had before.”

Adam said – “This Song is weird, poppy and electronic in a way.”

Blake said – “I never heard that song before, it’s actually cool, I liked the banjo.”

Adam Said – “I love that song it’s so many things, it’s just interesting blend of styles, Every time I hear you sing I want to hear more.

Jacquie dedicated this song to her coach Christina – “The Voice Within” by Christina Aguilera.

Christina said – “Wow it took me back, a very special song for me to hear you sing. This is the most age appropriate song for you. Every single week I see you dig so much deeper and you have only scratched the surface.”

Adam’s song choice – “I Would Do Anything for Love (But I Wont Do That)” by Meat Loaf.

James said – “I have a back ground in theater and it would be nice to bring a little of it back.”

Adam said – “He has covered all musical ground and surprised everyone and I think this song is a good follow up to last week’s performance.”

Adam Said – “It’s such a great song, you did an amazing job, you handled it like a champ.” 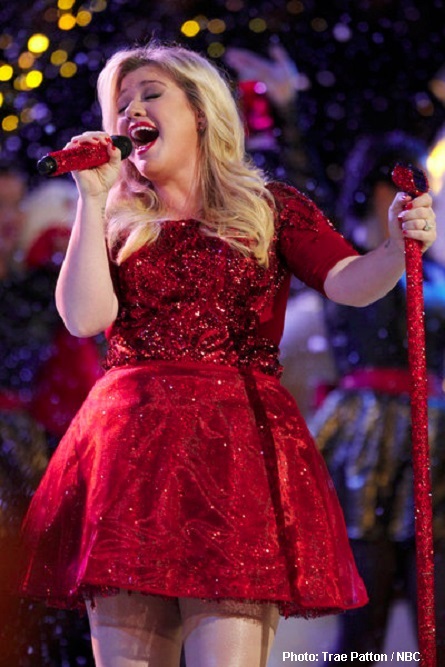 One elimination tonight transformed The Voice singers from the Top 6 to the Top 5. The elimination came at the end of the show which left Team Christina’s Matthew Schuler and Team Adam’s Jamew Wolpert standing side-by-side up for America’s vote on who would stay and who would go. Their fate rested on the Twitter “Instant Save” in which America voted for five minutes for which singer they wanted to see continue on in the competition. The singer with the most tweets with their names followed by #VoiceSave wins a spot in The Voice Top 5. 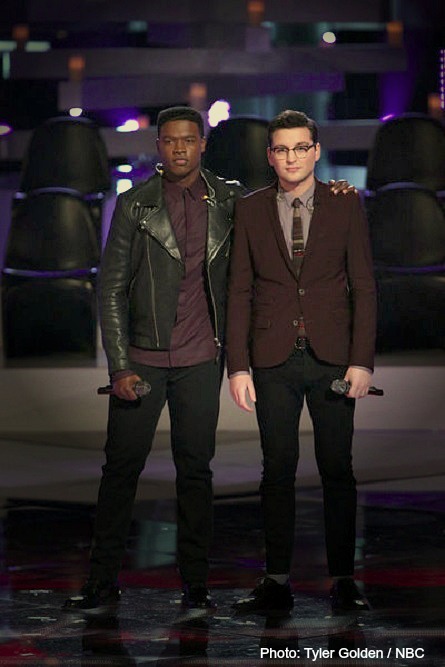 During the five minutes of voting, host Carson Daly asked Blake who his prediction for the vote was. Blake said he saw “a whole lot of James votes,” and that when one of the coaches makes a prediction, it’s always wrong.

CeeLo said “I agree,” then said to James and Matthew, “You two have been two of the most accomplished, dynamic two. I truly can not pick. I think it will be a fair fight.” 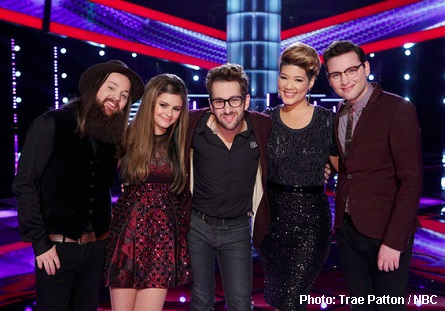 At the end of the five minutes, it was revealed that the one singer that would continue on for another week in the competition was James Wolpert.