Team Ariana No More on THE VOICE Season 21 Top 5 Revealed!

History was Made on THE VOICE Season 21 Finale WINNER Revealed!

Before the season 6 two-hour-finale of “The Masked Singer” airs on December 15, 2021, which will include a Zoom voting audience, “The Masked Singer” will have two special episodes.  One episode that will recap the all time Top 9 performances, and a Christmas special where the contestants from this season perform.

The last two Masks standing, the winner from “Group A” and the winner from “Group B”, will perform in a holiday themed finale show and likewise holiday decorated set.  For fans that have been watching this season of “The Masked Singer” very closely will have most likely already guessed that the Bull mask and Queen of Hearts mask will beat out their opponents. 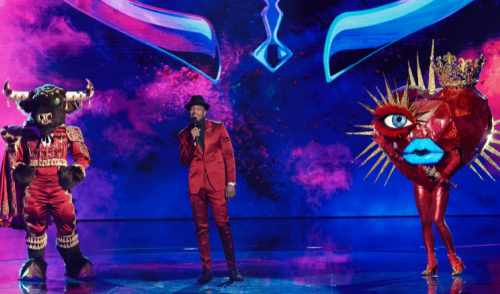 Bull vs. Queen of Hearts

BULL: Clues that Bull went along the lines that it was a struggle for him to be accepted.  He also eluded to part of that was because he’s gay.  Some guesses included: Daniel Glover, Leslie Odom Jr., Tituss Burgess.  A lot of viewers and fans of the show have already guessed that Bull is Todrick Hall.

QUEEN OF HEARTS: Clues that were included in Queen of Heart’s package were the story of how she went through rough times, becoming homeless, and even losing her car at one point.  Guesses of who she is included: Fergie (Jenny), Rene Zewellger (Ken Jeong), Carrie Underwood (Nicole), Kelly Pickler (Jenny).  Jenny and Nicole both guessed Jewel at the end.

She said being on “The Masked Singer” allowed her to show her “essence” of who she is.  She said the biggest challenge was emoting emotions behind the cardboard of the costume.  Yet, she was still able to show her heart (why she wanted to be the Queen of Hearts).  She had her first panic attack in 20 years before her first ‘Masked Singer performance.  Part of it was due because friends and family aren’t allowed, and being in the enclosed costume.

Some of the songs she sang were by artists: Sia, Katy Perry, and French song – “La Vie En Rose”.

The season ended with Robin and Jenny both with one point each, and Ken and Nicole tied with two points each!  Ken said winning the Golden Ear trophy is the thing that he wants the most in life! Lol! 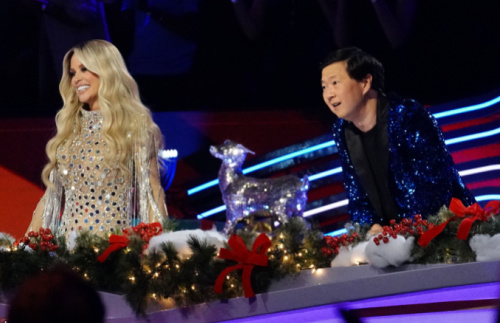 Like always, the winner and runner-up were both unmasked.  We won’t spoil their exact identities.  But clues are one started their career on another singing competition show, “American Idol” and YouTube.  The other one is a four time Grammy nominated singer and a 90’s Pop icon.

“The Masked Singer” had an at-home Zoom audience join in for the voting.