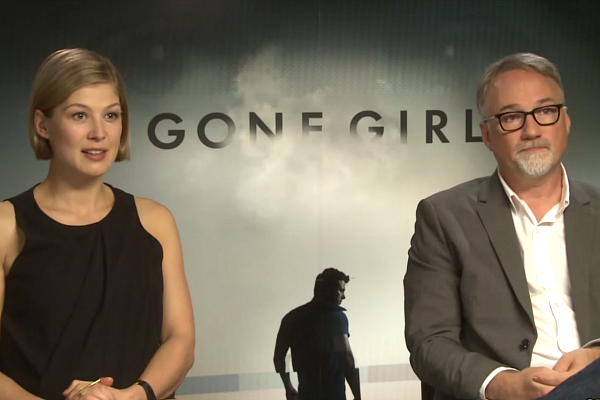 During a screening of “Gone Girl” recently in Hollywood, a question and answer session was followed with writer Gillian Flynn, Director David Fincher, and lead actress Rosamund Pike. 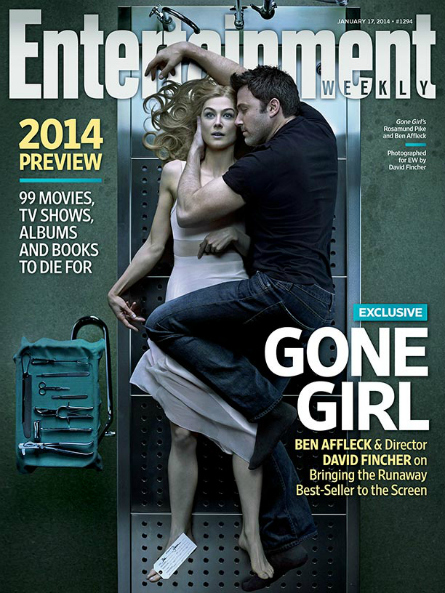 Pike, who is nominated for a Golden Globe, Critics Choice Award, and SAG Award for her role as Amy Dunne in the movie, said it was a year before she read “Gone Girl”. She said that she saw all types of people in London reading it and it intrigued her. Pike had to spend $6000 on an airplane ticket to meet David Fincher for the movie. It all paid off though when she received a personal email from Fincher telling her that she got the part.

Fincher said when he was trying to see what the colors are and the tone of the script, when he talked to Pike, he said it was interesting to talk to someone that was wrestling with the novel to help manage the novel into a scaled-down version of itself for film.

Flynn said adapting the screenplay for “Gone Girl” was a dream come true because it allowed her to “cross the intersection between books which I love and movies which I love equally” she stated. Having a dad as a film professor had her going to the movies a lot, then “he wanted to have conversations with me as a grown-up. So, we talked about movies all the time.”

FINDING THE RIGHT ACTORS:
Fincher said the choice to have Tyler Perry play the lawyer was, his character “was kind of like Alec Baldwin in “Malice”. “I remember meeting Tyler for the first time in Atlanta, and really being struck by what an incredible listener he is” Fincher said about Perry. He was also impressed by Neil Patrick. He stated, “I philosophically believe that movies are so much an alchemy of not only the face and physical of that person…but people that are crusted in the right moment in their lives.” He said it was a really tough movie to cast.

They had 100 days to make the movie. So the cast had to be very involved and committed. “The momentum of a movie and the momentum of the story being told through the characters – few and far between people do it well,” stated David. He also said that he pulled from Caroline Basset Kennedy from her old photos at different stages in her life to model Amy from.

THE KILLING SCENE:
Pike had anxiety regarding her scene where she has to slash Neil Patrick Harris’ character’s throat. She said, “being able to convince hitting the artery that she has to hit.” Fincher chimed-in “both arteries”.
To prepare for the her scene where she has to slash the throat of Neil Patrick Harris’ character in the film, Pike visited a butcher’s shop where she practiced on a pig carcass. She said a year later, the shop was closed down and felt horrible if she had anything to do with it.

HOW IT ALL ENDS:
When asked about not changing the ending of the story in the film version, Flynn said “what I felt like was the correct ending. It was the ending that was correct for these two people.”

On the ending of “Gone Girl”, Fincher stated “the ending of this story – the movie is the ultimate expression that women are crazy and men are stupid”.