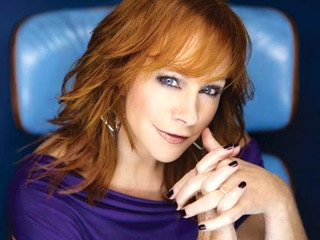 This article contains spoilers!
SPOILER ALERT! SPOILER ALERT!
The coaches on NBC’s “The Voice” last night were successful at completing their teams of eight talented singers each after some of the performers were asked to come back to do a second blind audition with new songs.

The Battle Rounds Begin:
Next week’s episode of “The Voice” will have members on these newly formed teams battling it out in a ring against each other to win one of the final four coveted spots on their coach’s teams.

Two singers at a time get into “The Voice” fighting ring to compete in a sing-off. Whomever proves to be the strongest in vocals and stage presence is the one the coach will keep. The coaches will also bring-in some professional help for this. Four more superstars in the music business will join the coaches to act as their “advisers” to help them make the tough decisions of who to keep from the battle rounds. Blake Shelton will get some help from country goddess Reba McEntire, Cee Lo Green will be joined by R&B super star Monica, Adam Levine will have help from Blackstone and Christina Aguilera’s adviser is singer/songwriter Sia.

Frenchie and Taralynn Bring the Fire!
Some interesting pairings will happen once inside the battle ring. There are two teams of duos in the competition. Each duo will go into battle against a solo artist. The song choices for the singers challenge them to get out of their comfort-zone to allow the coaches to see what they’re made-of!

During a filming of the episode, we saw an extremely fiery sing-off between Frenchie Davis and Tarrralyn Ramsey. To top it off, the song choice for them was not the best fit for either of their voices.

Aguilera addressed some conflicts that the singers were having during coaching sessions. She commented that she was glad the they were able to come together and pull it off in the ring. Ultimately, Aguilera’s final decision on whom to keep resulted in a minimal physical attack to her by the competitor’s family member in which Aguilera called-out for security while off-stage according to several audience witness testimonials.

They Made Snoop Dogg Cry on THE VOICE Season 20 Knockouts Sneak-Peek!