THE VOICE: Behind-the-Scenes Has a Gaga Moment!

THE VOICE: Behind-the-Scenes Has a Gaga Moment!

Premiering this Tuesday, April 26th on NBC is a singing competition show so popular in Holland that plans to bring it to America started before the end of the show’s first season which ended in January 2011!

It’s called “The Voice” and with it comes some of America’s most recognizable voices in the music industry. “Genie in a Bottle” Christina Aguilera, “Fuck You” Cee Lo Green, “Harder to Breathe” Maroon 5’s Adam Levine, and “Hillbilly Bone” Blake Shelton are the superstar singers and songwriters serving as the “coaches”.

While seated with their backs to the stage, these coaches hand-pick their favorite voices while listening to each contestant that takes the stage. Levine’s reaction to one contestant was “I thought you were a chick. But, a lot of people think that about me too!”. Cee Lo Green’s reaction to many missed attractive women singers was a lot of regret. His most repeated catchphrase on the show is “hey pretty girl!” 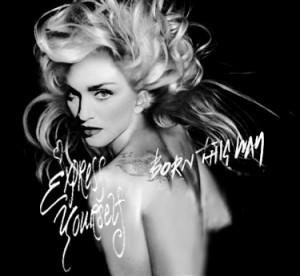 One female contestant performed a very close version of Lady Gaga’s “Born This Way”. Aguilera was taken by the performance. Aguilera did not know of the song or who it was by. She stated that the singer’s voice reminded her of Lady Gaga and Madonna. “It sounded like Express Yourself” was her remark. Yeah, that’s exactly what it sounds like Christina! Of course Aguilera had no idea that this was the same uproar or response to Gaga’s performance of the song at this year’s Grammys.

Viewers will see a mini-me version of Aguilera on the singing competition show. She’s a contestant of about sixteen years old that not only looks similar to Aguilera at that age but has the strong vocals to back it!

Some behind-the-scenes facts: The contestants were given songs to sing by the producers of the show. The key is for the performers to OWN the song that they got and to add their own twist to it. Another fact is that the order that the viewers will see the contestants in is not the order that they actually auditioned in front of the coaches in. When it got to the end of the auditions, production staff was overheard telling the coaches NOT to act like these are the last few contestants because they stated that they intended on editing it differently.

A product of Endemol (John de Mol) “The Voice of Holland” and “The Voice” are shot very similar. Seemingly with very little changes made. Watch what you can expect to see in the American version Tuesday night that can be seen in the Holland one below.

THE VOICE OF HOLLAND Video: