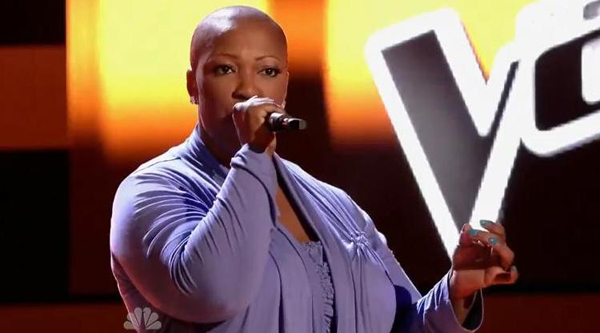 “The Voice” returns to NBC for a second night of the “blind auditions” where talented hopefuls give it their all- no matter how nervous they are, to four top singers in the music business- Adam Levine, Christina Aguilera, Cee Lo Green, and Blake Shelton. 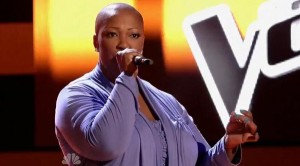 Last week’s blind auditions surprised viewers with a familiar face from “American Idol” contestant, Frenchie Davis. Due to Davis’ scandal where nude photos of her surface, she was not allowed to compete in ‘Idol. In a conference call this morning, Davis said that this experience on “The Voice” is all new to her because she did not go through the competition of “American Idol”.

This week viewers of “The Voice” will see a bit more discerning coaches who hold-back on their buttons when they realize they have only eight spots each to fill. But, they end up holding-back just a bit too much because at the end of the night, three coaches will be left with open slots on their teams which causes show producers to have them re-audition several of the contestants.

Also on tonight’s episode, a mini-version of Christina Aguilera will audition. She is a very young petite girl with a really strong voice! Sound familiar?

During the conference call this morning, the participating contestants from the show did not talk of any competition amongst themselves when the question was asked. Frenchie stated that they have not been placed in a house together yet either. During our visit on “The Voice” set, Aguilera did address some issues that two of her singers, Frenchie Davis and Tarralyn Ramsey were having between each other when the “Battle Rounds” begin.