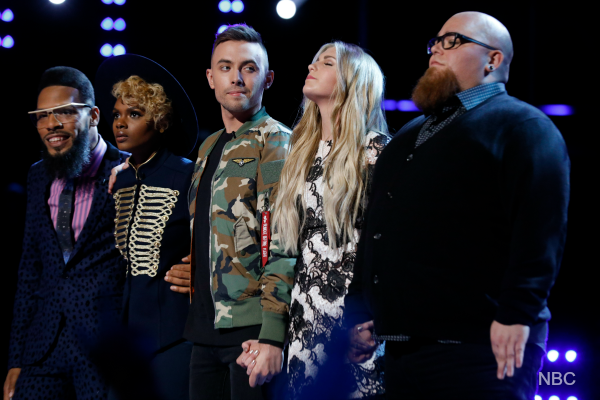 NBC’s singing competition reality show “The Voice” lost four of it’s Top 8 during Tuesday’s Top 8 Results show. Four artists are left and the show is officially in the home stretch to finding out who out of the Top 4 will be the winner of season 12.

When asked about his song choice, Hunter stated he has no regrets. He said that he wanted to honor the people that he was doing the covers of. He performed “With or Without You” by U2, and Bono is his biggest influence in the music industry he stated. 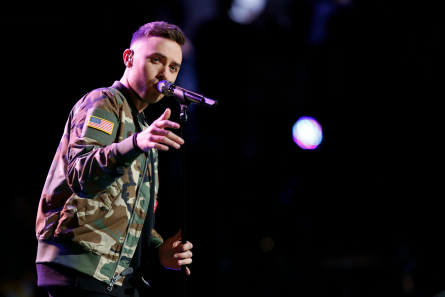 TWITTER SAVE SONG VS. COACHES COMMENTS:
“I think that the coaches do have a big sway. I think it has a lot to do with Twitter followers.” – Hunter Plake

On the Twitter Save, how much is it the song that artists sing vs. what the coaches say? Brennley said “I think your vocals and performance are very important. I think the fight that the coaches give have a huge role in it all.”

Voting according to the comments of the coaches. Hunter said “I think that the coaches do have a big sway. I think it has a lot to do with Twitter followers. It would be silly to say that It (Twitter) doesn’t have a sway in what happens.” 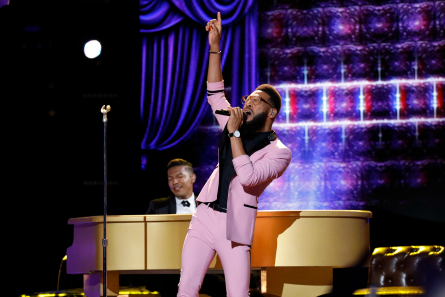 TSoul said Mark got saved quite a few times. “The plea that Alicia made for Vanessa was amazing. I think it’s a lot of the coaches. But, I think America already knows who they want and who they want to go for,”said TSoul. He gave the example of – If the viewers aren’t necessarily a fan of me, but a fan a Alicia. I think the song has to do with it.

How has TSoul grown as an artist and as a person? He said he’s been doing music for a while now. Since the Knockouts, “I feel like I’ve grown three years.” We meet so many people that are going to be life-long friends. He credited “The Voice” and his fellow competitors for requiring him to be the best of himself. “I feel like the ‘I Wish’ performance was the best I’ve done,” said TSoul.

ON THE VOICE VAMPING YOUR STYLE:
“We definitely have a lot of say as far as to what goes into the performance…” – Vanessa Ferguson

TSoul also said “it was all 100% best me every time I got out there. A lot of these classic songs that I did, I did them in a way that I wanted to do them. The wardrobe department took the little bit of style that I had and enhanced it 100%. The whole ‘Voice wardrobe and staging did a great job every week and I’m grateful for that.” He compared the styling and staging to that of the Grammys. 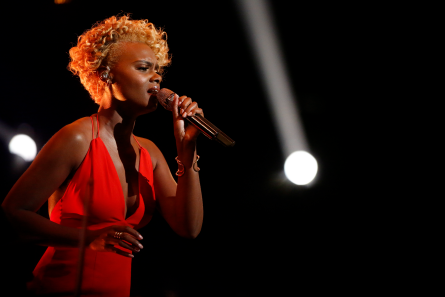 Vanessa stated, “we definitely have a lot of say as far as to what goes into the performance, fashion, props. Whatever we want. I was able to wear a gown for the last performance. You tell them what kind of artist you want to be and they expand on that.”

Brennley added, “The Voice does such an amazing job to the kind of artist you want to be onstage. For me, I was like ‘can I always wear cowboy boots?’ They were like ‘yes!’ I had such a blast and was so grateful. Every week was like a Grammy performance, the production and everything. It was so nice to see myself come to life every week on stage. “The Voice” wardrobe did let her keep some of the dresses and cowboy boots said Brennley. 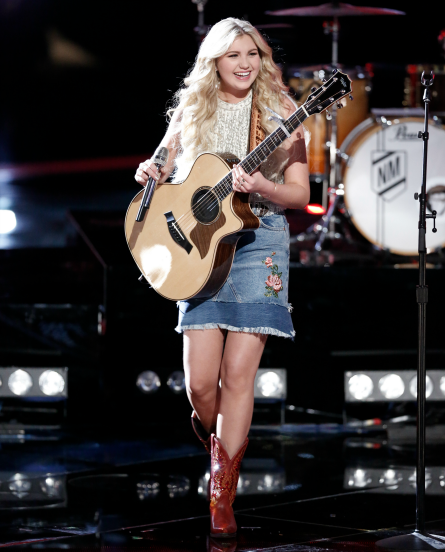 WORKING WITH THE COACHES:
“I knew coming into this I wanted to be on Team Blake.” – TSoul

Vanessa talked about working with her coach Alicia Keys. She said they would put their heads together and see what they want to accomplish for this particular week. It usually didn’t take a long time at all. Vanessa said it was good to work with Alicia because “she comes from the same place that I do.” And being from N.Y., she said her and Alicia have the same idols. “She understands me in more ways than one. We’re like kindred spirits. I was definitely hoping to continue. But, who knows,” said Vanessa.

Brennely said every week was a little bit different. “I grew up with classic Country music. A lot of times, Gwen and I would email back and forth about different songs. She would talk to Blake about Country songs. It was fun being able to pick and choose. The music department would help. I did songs that I normally wouldn’t do if I was at home. It pushed me out of my comfort zone. Country song “River” was one of my favorite songs. Gwen was so nice and open to my idea. I will tell you me and Gwen took the longest time to make any decision. Literally 30 mins before the rehearsal, we chose (last weeks song). It was so much fun getting to explore songs and getting to put my own stamp on them.”

TSoul commented about his experience with Blake. I knew coming into this I wanted to be on Team Blake. If he turned around (during the Blind Audition) that’s who I’m going to pick.” He said because being a Country artist, “I know he knows soul music. I just trusted him along the way.” TSoul stated, the soul songs are the ones Blake picked – “In the Midnight Hour”, “Knock on Wood”. He said “Knock on Wood” was a song he didn’t necessary think to sing. “The decisions I had, he listened. The song “Always on My Mind”, Shania Twain was there. I know that Country perspective was the perfect perspective that I needed at that moment.” The best advice that came out of this – “he’s [Blake] excited about my voice and that allows me to do whatever I want to do. “Lay Me Down ” that was me being 100% me.” TSoul stated that “Blake opened-up to me that allowed me to be myself and in front of the world.”

GWEN LOST HER LAST TWO ARTISTS:
“It was a hard moment for both of us.” – Brennley Brown 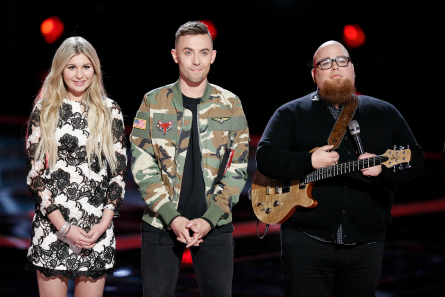 For Gwen to lose her last two artists – Brennley and Hunter, Brennley said “it was a hard moment for both of us. For Gwen to loose both team members in one night.” Brennley said the advice that Gwen left them with was, “this is a TV show, and this is just the beginning for both of you and you guys are so talented and you have your original music you’re working on.” Brennley stated that Gwen is so “genuine, so real and honest.” She called Gwen “beautiful inside and out” with a beautiful heart. Brennley stated that Gwen encouraged them to continue working hard. She said Adam and Alicia also came up to her and Hunter and told them that this is just the beginning and that this is just a TV show. “You guys are going to do amazing things,” Brennley added. She also said the things that Gwen told her, she will take with her the rest of her music career.

Was the timing right for Brennley and Hunter to change things up in their performances? Brennley sang uptempo, and Hunter didn’t stylize his U2 song. Brennley responded “I wanted do an up-tempo on the show before I left.” She said before that, people didn’t get to see that fun and spunky side of her. She said “do I have any regrets? No. Every week I try to sing from my heart. Leaving with that it makes me feel fine. That’s what I wanted to do was to sing from my heart.”

Brennley credited “The Voice” music department who encouraged her to show a different side. “As an artist, you have to push yourself and do something that you normally wouldn’t do. Everything happens for a reason. I’m 15-years-old and I’m just going to keep working hard and release me own music.”