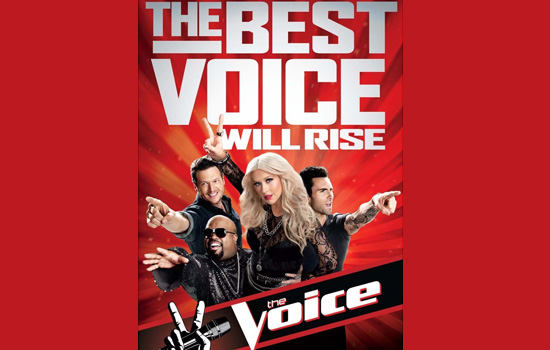 EXCLUSIVE!
HOLLYWOOD JUNKET was at the open-call auditions this weekend for season 3 of NBC’s “The Voice”. Our “Hollywood Adventure” girls were on-hand to talk to some talented singers and get the behind-the-scenes scoop on the audition process from auditioner Paula in our sneak-peek video below.

Paula, who sang Just Like a Pill by PINK, stated that the casting process for “The Voice” was “absolutely intimating unless you go first and haven’t heard anybody else. If you’ve heard other people and they’re amazing, your nerves, you’re intimated…everything runs through your head, should I pick another song”.

Paula describe the manner in which the audition was conducted, “Ten of us go in a room and we all sit down. Five on one side and five on the other side. They collect your paper and that’s the order you go in. They call you by name. Then you get up in the middle of the room and sing your heart-out.”

Paula said two girls in her group were picked and “they were flawless” stated Paula. “I really think that the judges made a good choice”. After that, Paula stated that the next step is call-backs and “they have to pick three songs with three tracks or three musicians behind them.”