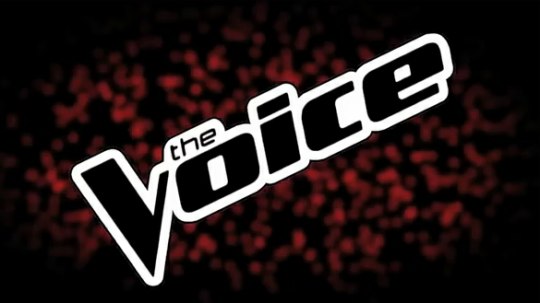 After a two-hour wait that eager audiences had to endure outside, the first night of filming “The Voice”, which is executive produced by Mark Burnett, was canceled and re-scheduled to start filming the next morning. Once shooting started, it proved to be well worth the wait! The show opened with host, Carson Daly introducing “The Voice” coaches Cee Lo Green, Adam Levine, Blake Shelton and Christina Aguilera who gave an amazing live performance of the song “Crazy”, by Gnarls Barkley.

Coaches then took to the vividly decorated red and black colored stage to their respective chairs that rotate around with the push of a button. When singer contestants walk out to the stage to perform they see the backs of the coaches’ chairs facing them. Each chair displays the name of the celebrity singer/coach occupant seated in it.

If the singer is liked by one or more of the coaches they are surprised with the rotating of that coaches’ chair to where they are facing them. Each chair is atop of a circular platform with the words “I Want You” that light-up if the contestant is selected.

Out of the sixty contestants that auditioned in front of the famous judges, only thirty-two of them were picked to be mentored. Each coach could only select eight singers. A tough job for the coaches when they were faced with a lot of great talent.

Every contestant to appear on the stage could all sing very well. However, the ability to just sing well is not the only thing that coaches are looking for. Celebrity coach Green stated “It’s not if you can sing – I want to know if you can sang!” By that he meant “soulful”. In contrast to “American Idol”, “The Voice” seeks-out that rare talent that possesses such vocal range and greatness that they inspire the coaches, and as Green stated, make them want to jump out of their seat. Though they were not able to see contestants, coaches were fully aware if a contestant was confident and how good of a performer they were just by hearing their voice.

One thing that we did find out, that is each contestant is given a song to sing by producers of the show. This might be a little challenging for singers since they are not selecting their own tunes.

Some of the performances that television viewers will see include: two Lady Gaga covers, one of which is “Paparazzi” done in a very unique way, a couple of Cee-Lo Green covers, as well as Christina Aguilera, Alicia Keys, and Nirvana. The competition is not just for solo artists. We also saw duos!

Some things that viewers can look forward to seeing on “The Voice” are mini-versions of Aguilera and Green; and the return of an “American Idol” contestant, Frenchie who auditions, as well as another familiar face – this one from another Mark Burnett singing reality show from 2005 called “Rock Star”. Viewers will have to watch “The Voice” to see how they did in front of the famous coaches!