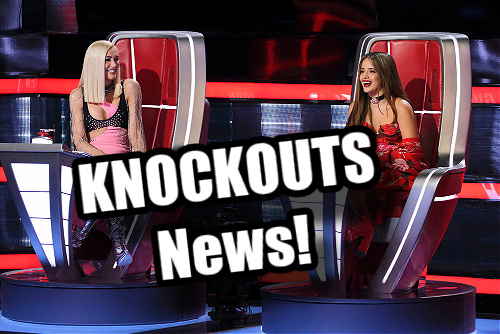 Camila wore an all plaid ensemble with a black beanie hat.  One audience member stood up and shouted “your fit is fire!”

It’s been a busier than usual week for NBC’s singing competition show “The Voice.”  The show’s reigning coach champ Country super-star artist Blake Shelton who’s been with the reality show since day one announced that he would not be returning after season 23.  This season’s Battles started on Monday night and continued on Tuesday’s episode.  “The Voice” season 23 started filming the Blind Auditions this week at Universal Studios backlot. But, ahead of that, the new coach line-up was announced.  Returning coaches for season 23 are Blake Shelton, and Kelly Clarkson.  Brand new coaches are Chance the Rapper, and Naill Horan.

The Blinds and the Battles this season proceeded with the same format as usual.  However, a major change to “The Voice” is coming this season in the Knockouts round.   If you missed it, at the beginning of Tuesday night’s episode, Blake Shelton gave a precursor to how the next round will go.  He specifically said, with the Three-Way-Knockouts coming…”  That’s right, a THREE-WAY Knockout!  The show has never pit three of the coaches’ artists against each other during a Knockout round.  “The Voice” has traditionally added a four-way-knockout round in recent seasons where one artist from each Team go up against each other in a sing-off for an audience Instant Save Vote.  However, normally, the Knockouts, like the Blinds, are two artists selected by their coaches.  Also, the coaches have bigger Teams this season.  They’re working with 14 artists over 12.  This gives them the allowance to cut two people at once. It seems that producers have created a sort of speed Knockout round!

Three artists will go up to perform different songs in groups of three from the same Team.  Two artists will go home. One will stay.  The artists chose the songs themselves that best represent that kind of artist that they are.  “The Voice” announced that there will not be a Mega Mentor this season working with the coaches during this round.  Instead, the coaches will be working with their Teams by themselves.

WHAT THE COACHES WORE:

During one of the Knockouts tape day, we watched as the coaches were introduced and came out to their chairs.  Camila Cabello wore an all plaid ensemble with a black beanie hat.  One girl in the audience stood up and shouted to Camila “your fit is fire!”  Gwen Stefani wore a black faux leather bodice with wide leg levis that were reworked with a shiny baggy material down both sides.  John Legend wore an 80s inspired black jean jacket.  Readers and fans can guess what Blake Shelton wore.  That’s right, it was the same look for the cowboy.

Camila told Blake that he always says “that’s Country.”  Then she started repeating the phrase.  Her go-to phrase that Blake pointed-out is “in the sauce.”

Since the Battles have just barely gotten started, we can’t give anything away with “The Voice” Knockouts yet.

Updated November 2, 2022:  The first week of Knockouts included The Dryes vs. Kevin Hawkins vs. Bodie from Team Blake.  Bodie won the Knockout and Kevin Hawkins was Stolen by Team Gwen.  Morgan Myles vs. Orlando vs. Chello from Team Camila.  Morgan Myles won that Knockout.  Team Legend’s Knockout was – Parijita vs. Valarie Harding vs. Peyton Aldridge.  The winner was Parijita.  Team Gwen was Kique vs. Destiny Leigh vs. Rowan Grace.  Kique was the Knockout winner and Rowan Grace was Stolen by Team Blake.

Next week’s episode of “The Voice” Knockouts is the last week.  The Live Show’s start Monday, November 14th.  There are five Knockouts left and by process of elimination, we know who will be grouped in four of them. SEE BELOW! 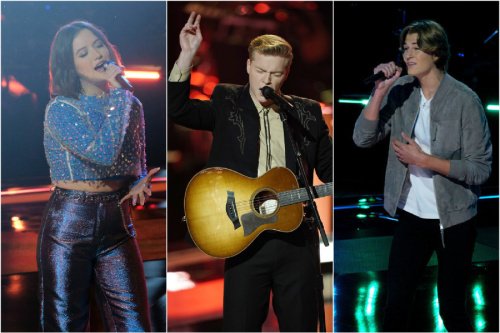 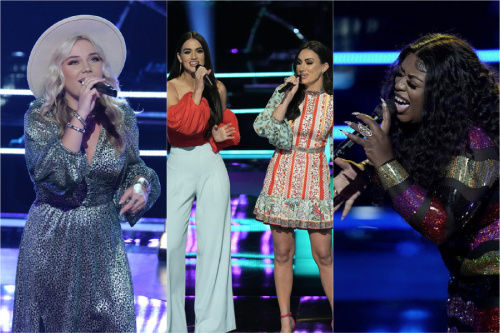 Team Legend: Emma Brooke vs. The Marilynds vs. Kim Cruse 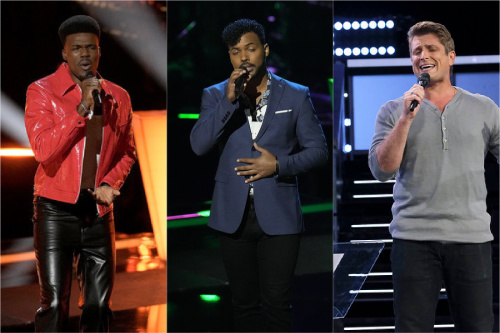