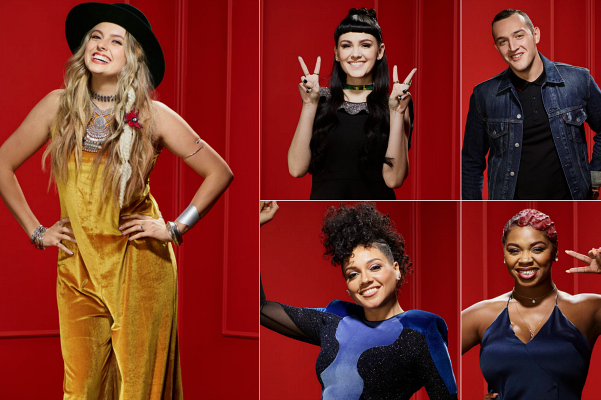 NBC’s singing competition show, “The Voice” is more than half-way through with season 11. After introducing new female coaches Miley Cyrus and Alicia Keys, the show has put a bit of edge into it’s otherwise, stagnant format.

After usual rounds of Battles, then Knockouts during which coaches have a final shot at getting some artists they maybe didn’t score on their teams before. Then there were some that started on one team, went on another team, only to get placed back with their first coach. All resulting in this season’s Top 20 who will be competing on the live shows starting Monday, November 7th, every Monday and Tuesday until the finale show on December 13th. 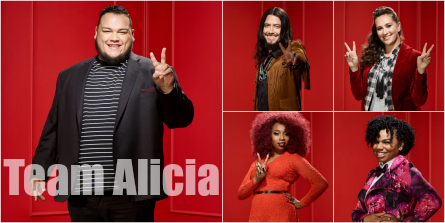 Josh Halverson was stolen off of Team Alicia and onto Team Miley during the Battles. When he lost his Knockout, Alicia stole him back on her team. It was her last steal and she told him she was waiting for him!

Blake said, “I have the top singers who can really win this competition.” 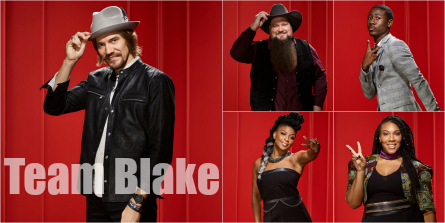 Blake said Dana Harper’s voice is “so smooth, it’s like she’s talking to you.” He said she’s a special person.

Blake describes Sundance Head’s voice as “soulful and rangy” and unlike any Country voices we hear in mainstream Country music right now.

When Jason warrior lost his Battle on Team Alicia, Adam stole him. Then, when he lost his Knockout Round, Blake stole him. Blake was super impressed with how Jason sings.

Austin Allsup has a prior connection with Blake. He had sang with Blake as a kid ten years ago.

After Courtney Harrell’s Knockout performance, she left the other coaches feeling a little intimidated for the singers on their teams. Before The Voice, Courtney’s early music career included writing for artists such as Mary J. Blige, and Neyo.

Blake said his team has Pop, Rock Soul and is the team to beat.

Blake said he hasn’t seen a coach get as emotionally involved as Miley is. 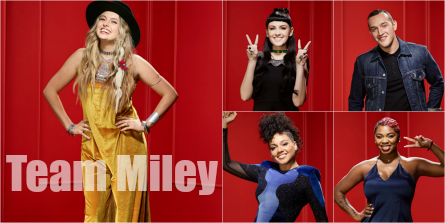 Miley said Ali is one of the strongest singers they’ve had all season.

Sophia Urista got a video of Dolly Parton telling her she should choose Miley as a coach during her Blind Audition.

Miley said Aaron’s strength is his growly, rough voice. Miley said Belle Jewel takes you to a different time and place. Belle started on Team Alicia. When Belle lost her Knockout Round, Miley went in for the steal.

Miley said her team is about being individual and unique. “Not being unique to be different but because you are,” she said. 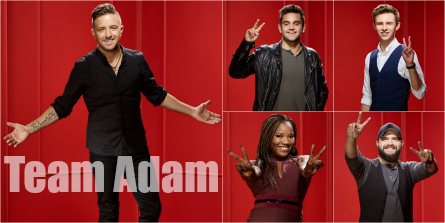 Adam said no one has a team as neclectic as his.

Billy Gilman was a young star singer as a child. At age 28, he’e experiencing a comeback with “The Voice.”

Adam said Simone Gundy is one of the best female vocalists in the competition. She’s also the only female on his team this season.

Adam said Brendan Fletcher has a natural rapsy voice. But, “he’s just introverted” and will need to break out of that Adam said in order to connect to his audience.

Josh Gallagher was stolen from Team Blake by Adam. Adam said Josh was the “easiest steal” he’s had to make, and wants to beat Blake over the head with this great Country Artist.

Adam said Riley Elmore’s voice is so distinct, and “he’s just so cool”.

Adam said everyone on my team has the potential to go really far. He said he’s looking for that “x factor” and he’s ready to win.