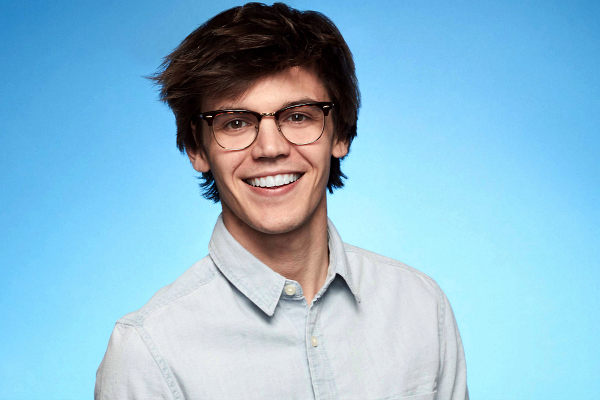 Unfortunately, someone always has to go as “American Idol” quickly narrow’s down to the show’s very last winner ever. The Top 4 became the Top 3 when MacKenzie Bourg was sent home. He talked with reporters during a post elimination press conference phone call below. 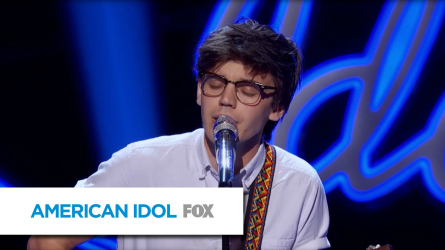 Surprisingly, MacKenzie said he was expecting the elimination that revealed the Idol Top 3. He said, “I was about 98% sure that I was going to go home this week.” After the classic rock week, he said the only contestant that got mixed reviews by the judges was him. MacKenzie said he got over it and moved-on after he accepted that he’d probably go home.

MacKenzie said his social media popularity and the support people sent via these forums helped him to know that he’ll be “alright” after the elimination.

“American Idol” back-stage mentor Scott Borchetta’s pick was “Rhiannon” by Fleetwood Mac. He said he had a cool arrangement and he really wanted to performed it and was “bummed” not to. The judge’s pick was “Take Your Time” by Sam Hunt. “I wasn’t overly bummed about that one,” said MacKenzie.

“My best moments on the show was always moments when I was fully myself, where I did what I do – playing the guitar.” Mackenzie said he’s taking that moving forward and thinks it resonates with people the most.

Although “American Idol” won’t be touring, MacKenzie said he plans to tour and getting his single “Roses” out as soon as possible.

At the time of MacKenzie’s elimination, during his mini-interview with host Ryan Seacrest, MacKenzie stated “I feel like I didn’t lose. I feel like I already won.” MacKenzie elaborated on that statement, “I know that a lot of people say it, but I actually meant that.” He said he got 7,000 re-tweets on Twitter from fans who support his career long-term. His Tweet was, “Re-Tweet if you’re in it with me for life.”

She told him that it’s awesome that he knows the artist that he is and knows what he wants to do, he just has to do it. MacKenzie said that made him feel more confident in who he is as an artist. Someone like her and the three judges recognizing him as an artist makes him feel that he’s on the right track, MacKenzie stated.

MacKenzie stated that the song “I Want You To Want Me” by Cheap Trick was his fifth choice. “You Give Love a Bad Name” by Bon Jovi and “Have You Ever Seen the Rain” by Creedence Clearwater Revival were his original top choices. But mentor Scott suggested “I Want You To Want Me”. MacKenzie said the producer that does the “American Idol” iTunes tracks produces the Cheap Trick albums. He told MacKenzie that Cheap Trick said they thought his version of their “Hallelujah” song was better than their version.

“I think that maybe if the judges weren’t so harsh on the arrangement, things would be different. But, I”m happy where I’m at, and I couldn’t be more thankful,” said MacKenzie. 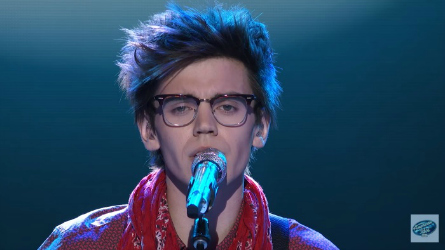 MacKenzie said chose “Hallelujah” to dedicate to his hometown because it was one of the first songs that he ever learned, and used to play it at every show when he was starting. “It was a reminder to me to how far I’ve come” He said he had a “hunch” that he was going home and wanted to “encapsulate” everything that he’s about.

IF HE HAD WON:

MacKenzie said he felt “picked-on” by the judges for the rock song he had chosen and felt that it wasn’t his voice (that something was wrong) but the arrangement with the band, along with other things.

Jennifer wanted him to stretch himself and challenge himself vocally, then when he did that with “Titanium” song, Harry criticized him for how he’s smarter than to focus on the high notes of the song. He said that week confused him and he didn’t have any negative comments before that week. Jennifer and Keith both stuck up for him and he said he really pushed himself.

AMERICAN IDOL vs THE VOICE

MacKenzie, who’s been a contestant on both singing competition shows now, said “American Idol has done me so many favors just by not trying to change me, by letting me be myself.” He said he’s thankful that he got to perform a song that he wrote twice on national TV. “I couldn’t have ask for a better time on the show.”

He thinks that the Idol tour “takes away that first step as being an artist.” He said it takes away from putting an album together and setting up a solo tour “Everyone gets so caught up on the Idol tour. There’s not a lot of time to put something together meaningful music wise.”

His dream artist to sing a duet with would be Taylor Swift. He based this off of a song she did with Ed Sheeran and he would like to do that song with her.

Listen to a portion of MACKENZIE’S INTERVIEW Below: