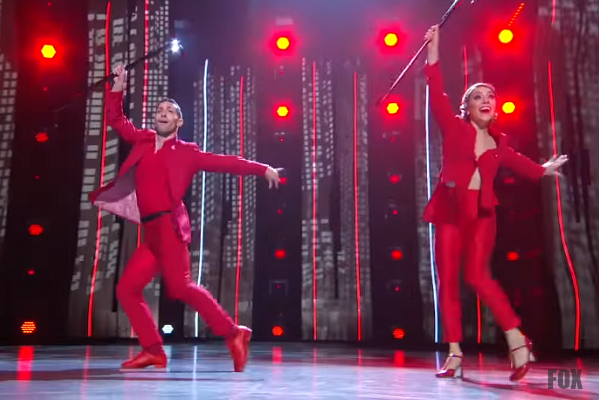 The Top 7 performed this week on FOX’s “So You Think You Can Dance” (SYTYCD) season 14. These dancers proved that their diversity and capability to transform into different dance genres not their own resulting in stand-out performances. The show tackeled political issues again this week with a final number performed by Koine, Taylor, Mark, and Kiki choreographed by Sean Cheesman. One duo impressed this week so much that they received a standing ovation from all three judges. Finally, a surprise elimination was announced that was based on last week’s votes from America. 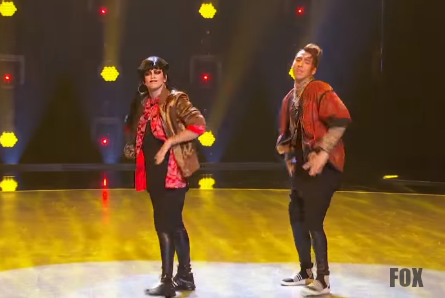 Lex and Gaby got Hip-Hop. JUDGES’ COMMENTS: Mary said to Lex “you took it to a whole other level tonight!” She told Gaby that she’s “on fire!” Mary continued, to Lex “Lextation, you destroyed every second of that,” and told him his isolations are off the charts. Nigel reacted that Lex not only made his parents proud, but him proud. The reason for creating “So You Think You Can Dance,” Nigel said, was to inspire people to respect every genre of dance and show that dancers can do every genre. He said Lex proved that it’s possible. Vanessa stated that it’s scarey when a Contemporary dancer does Hip-Hop. But, Lex was “insane!”

LOGAN & Allison
Logan and Allison got African Jazz by Sean Cheesman who said it’s “very difficult” with dancers having to be in Olympic athletic shape to do. JUDGES’ COMMENTS: Nigel said it’s one of the most difficult and impressive dances that Cheeseman can do. He said Logan hits the ball (pun intended) out of the park every single week. Side-note: Logan gave-up baseball to pursue dance. Vanessa called Logan “super-human”. Mary compare their performance to a “crazy roller-coaster” ride. 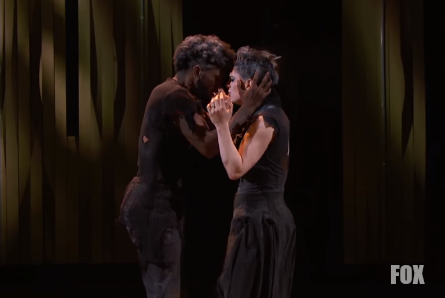 Kaylee and Cyress got Contemporary choreographed by Tyce Diorio. JUDGES’ COMMENTS: Vanessa said she “loved this routine” on Kaylee. Mary called thier perfomance “fierce and full of power” and Kaylee brought the music to life…believeable. Nigel said Tyce gave Kaylee nice quirky moves to do and called it the best routine that her and Cyrus have ever done together. 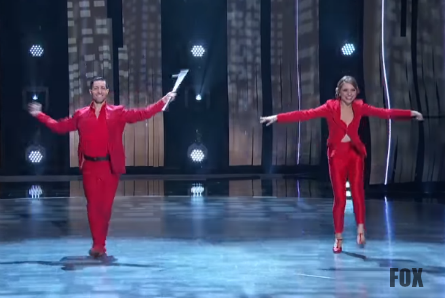 Kiki and Jenna got Broadway choreographed by Warren Carlyle that involed throwing and catching canes on cue. They got a standing ovation from the judges. JUDGES’ COMMENTS: Mary said Carlyle gave her “high anxiety” due to the canes coming from both directions and they took her out of her comfort zone! Nigel said one thing that he didn’t like was every time a cane got thrown, Mary screamed in his ear. He asked Kiki “are you glad now that you auditioned for us?” After a brief pause, Kiki said “yes.” Flashback: Kiki orginally was not trying-out for SYTYCD, but was supporting a partner in her audition. Nigel said the show has made Kiki “a good all around dancer” and has had the best improvement he’s seen this season. Vanessa was impressed “it looked effortless” and Kiki has come so far!

KOINE & Marko
JUDGES’ COMMENTS: Nigel particularly liked “the waterfall” move which is a scary thing that requires her to rely on her partner, Marko. Vanessa said Koine is capable of doing every style dance. “It’s the second week of doing ballroom, and you killed it!” Mary called it “amazing.” The extra flip was so slick and well-done.

The All-Stars performed a routine by Brian Friedman

TAYLOR & Robert
Mandy Moore choreographed a Contemporary routine that required another layer of vunerability to be exposed for Taylor. JUDGES’ COMMENTS: Vanessa said it was “gorgeous” with so much strength from Taylor and graceful. Mary told Taylor that luck had nothing to do with it because she’s worked so hard during her career. “It is astounding, ethereal. The technique is so beautiful”. While getting choked-up “you reached my soul.” Nigel said that’s the beauty of dance, to touch someone. Nigel liked the simplicity of the version of the song. But, wants Taylor to “dig down deeper.” Nigel credited Robert for being a brilliant partner.

MARK & Comfort
Misha Gabriel choreographed a Hip-Hop routine for Mark and Comfort that had them fighting each other as ninjas in a story about a student and his sensei. Mark was in his own element as a B-Boy in this Hip-Hip routine. JUDGES’ COMMENTS: Mary said she loved the concept and stylization. “Hit hard and very clean,” said Mary. Nigel loved the great characters that Misha gave them. “Mark you alway bring so much personality to your routines. A lot of that is your strength.” Vanessa said “I don’t know if there’s anything I love more than a Ninja. She complimented Comfort for going from sexy last week to strong this week. 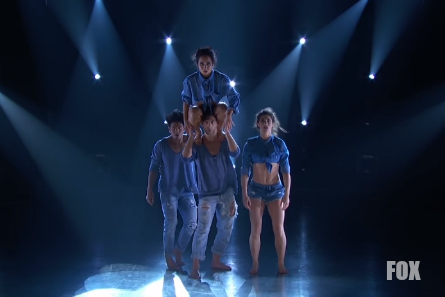 Choreographer Sean Cheeseman worked the dancers diverse backgrounds into the theme of the routine. They danced the routine to Mayo Angelou’s “Still I Rise”. Vanessa thanked Cheesman and said it’s something that this Country needs right now. Mary also thanked Cheesman for bringing to life the powerful words of Angelou. Nigel said Cheesman is an example of the choreographers being just as diverse as the dancers.

THE BOTTOM THREE: Kaylee, Mark, Kiki. With Kiki’s name, a loud rumbling of a scream came from the crowd. For the decision, Nigel announced that the judges relied on America’s vote for last week. He excused Kiki, and Kaylee, then announced that Mark is eliminated. 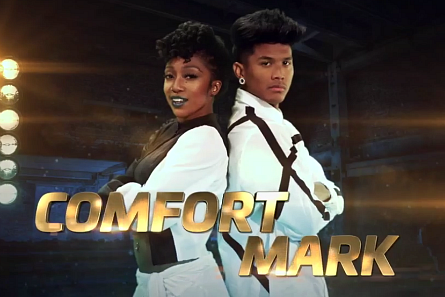