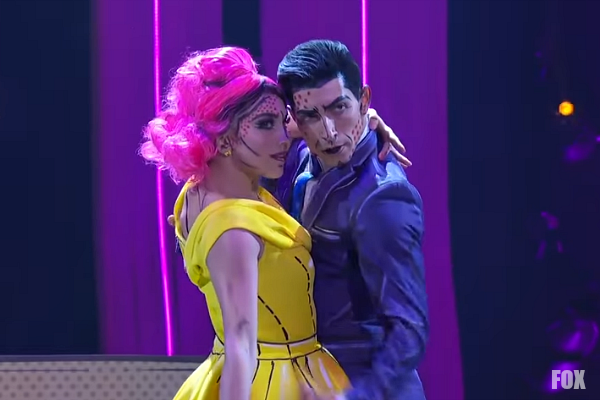 This week on “So You Think You Can Dance” the Top 8 dancers performed with their All-Stars, then again with other Top 10 dancers. Dancers once again performed out of their comfort zones with the help of talented choreographers that included Travis Wall, Luther Brown, Chris Scott, Val Chmerkovskiy, Jaci Royal and more.

TAYLOR & Robert
Taylor and Robert performed Hip-Hop choreographed by Luther Brown. JUDGES’ COMMENTS: Nigel said he thought Taylor was a quiet dancer from Minnesota. “That was outrageous. You danced it brilliantly!” Vanessa reacted, one thing that she asked of Taylor last week was to bring more “fire”. She said this week Taylor was “lit”. Mary said it’s a wonder Taylor didn’t burn the whole place down tonight, and “Luther Brown took us to funky town!” Mary loved it. 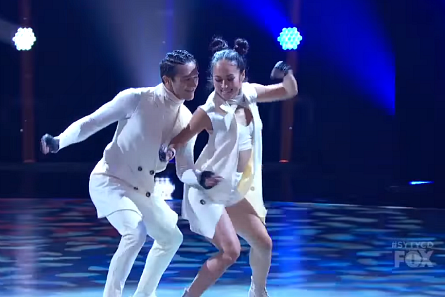 LEX & Gaby
Lex and Gaby performed Hip-Hop. JUDGES’ COMMENTS: Vanessa stated that Lex always blows her away. “You’re such a phenomenal dancer,” and “the emotion you had was so beautiful.” Mary reacted “we knew you were going to annihilate this. You sure did!” She called him a “power dancer” and a dynamic young man. Mary also predicted that Lex is headed to the finale. Nigel stated it was stunning to watch. “It just didn’t stop.” Nigel said whatever happens after SYTYCD, Lex will be a highly respected dancer after the show. 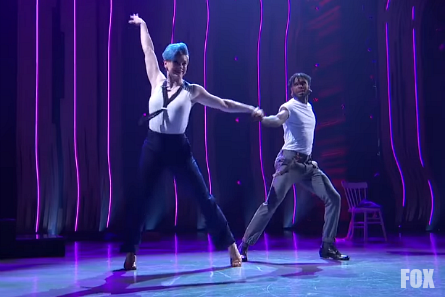 They got the Cha-Cha this week which gave Kaylee a chance to explore outside her comfort zone some more. JUDGES’ COMMENTS: Mary stated to Kaylee “I’ve been a little hard on you the last few weeks,” she continued that she was “so surprised” and blown out of her mind. She couldn’t believe it. Mary said “you’re so amazing tonight!” Nigel first he applauded their choreographer Val Chmerkovskiy – “what he did was use your strength”. Nigel called Kaylee a “strong woman” and suggested that Cyrus go on “Dancing with the Stars” because he couldn’t quite keep up with the choreography. Vanessa stated that Kaylee made Cha-Cha “look like I’ve never seen it before.” Nigel jokingly chimed-in that Cyrus made it look like he’s never seen it before!

MARK & Comfort
Mark and Comfort got Broadway. JUDGES’ COMMENTS: Vanessa called it the “sexiest jazz routine” she’s ever seen and it was fun to watch. Mary said there was nothing average about their performance. She said Comfort is one hot cup of tea. Mark has become quite the little actor and she loves how he’s grow each week. He’s become “quite the Broadway baby.” Mark told Cat Deeley that he had three hours of rehearsal, then Cat rushed him and Comfort off the stage. 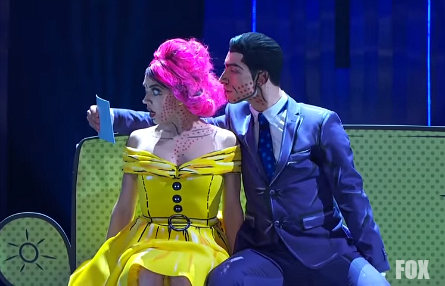 Kiki and Jenna danced a contemporary routine by Travis Wall about a husband who got a big promotion and his wife is trying to get the check. It’s a “cat and mouse game” explained Wall. JUDGES’ COMMENTS: Vanessa said “bravo to Travis Wall for giving memorable performance” with a “hella of a story”. Jenna had a sinister thing about her that amped-up the routine. Vanessa also added that it was “animalistic.” Mary said it was a crazy moment in the routine, and it’s so different to see that from Travis. “Kiki keeps blowing our minds.” Mary finished with Jenna called Kiki a dark horse, “you are emerging as a star!”. Nigel reacted to their routine – “such a memorable performance” and the angels were brilliant. He told Kiki that he’s keeping up with one of the best dancers they’ve ever had on SYTYCD – Jenna!

LOGAN & Allison
JUDGES’ COMMENTS: Nigel said it was a more Lyrical side to Chris Scott’s choreography. Logan is a brilliant dancer who is going to go a long way after SYTYCD. Vanessa said Logan is really an insane dancer an saw his heart. It made her emotional. Mary told Logan that he was born to do this, and she hoped that everyone can see that. 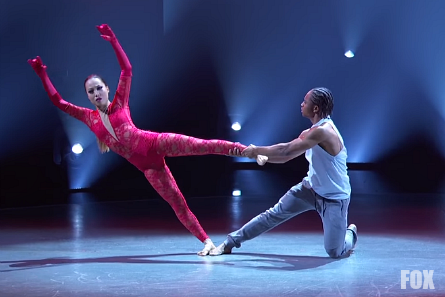 Dassy and Fik-Shun danced a contemporary number choreographed by Jaci Royal. JUDGES’ COMMENTS: Mary commented that it was amazing and interesting choreography. The way they played-off each other’s body weight made it look easy. Nigel mentioned that one dancer (Dassy) is an animator and one (Fik-Shu) is a hip-hop dancer. They did a good job. Vanessa stated, Dassy blew her away. She wowed her and made it look so “effortless”. Dassy responded that it was definitely difficult. But, they practiced a lot. 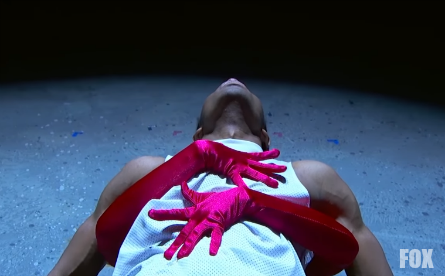 Nigel said the vote is unanimous. He said Impavido (Kaylee) is a strong dancer. He told Dassy that she not only made her country proud, but made them proud. Nigel said to Koine that whatever she’s given, she’s brilliant at it, and released Kione from the bottom three line-up of dancers. Impavido and Dassy remained. Nigel reminded them that they will meet again on the tour and in the finale show. He sent Dassy home. Dassy said she learned so much and will continue with it every day.

Fik-shun said working with Dassy was a great growing experience, and she blossomed tonight when she did contemporary. 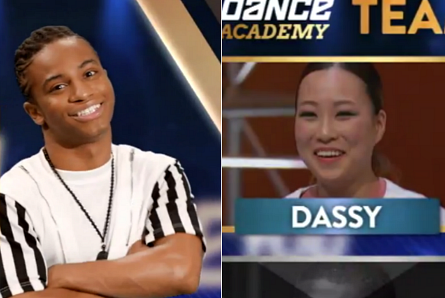