Danger and Stranger on AMERICA’S GOT TALENT Week 6 Recap 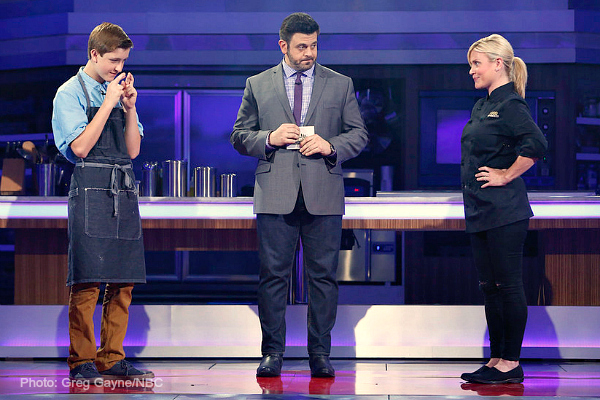 The most noticeable change made to “Food Fighters” returning for season two on NBC is that there will be mini cooks – children, that is, who will be competing against the same professional chefs at the adult contestants. Host Adam Richman and Chef Lorena Garcia answered reporters questions about the new season during a press conference. Photos by: Greg Gayne/NBC

The home cooks surprising Richman the most this season, he said were a 12-year-old and a 14-year-old. He was impressed by their “resilience” and their knowledge of ingredients.

The premiere episode features adult home cook Jackie – a cook who Richman says wears her heart on her sleeve and prepares dishes traditional of her family. So, how was her food? Richman said this season, they’ve taken out of the show him tasting the food. But he did taste Jackie’s and said that she does know how to prepare ingredients. He called it, “complex flavors with a simple recipe.” 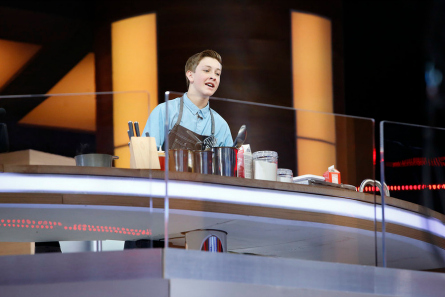 “Food Fighters” is introducing for the first time, child cooks. Richman gave reporters a sneak-peek at the background of the kids. One child, he said, is a professional cook. There is one girl who is 12 from Maryland, and one boy who’s 14 from California. The girl got into cooking when her mother got cancer. She started cooking at age 4. Richman said she wanted to find a way to make food delicious again for her mom. The 14-year-old boy grew up around restaurants. On “Food Fighters”, he was making things out of nitrogen and says his ambition is to work for the C.I.A.

Each contestant must win over the food tasters. The food tasters are made-up of a group of five people who sit at a table in a separate room that taste the home cooks’ and the chefs’ dishes to decide the one that they prefer. The popular vote wins. Richman said there are really no requirements for these “food tasters”. He stated, “they are just hard-working American folk who love food.” Richman said the home cooks deal with the pressure of cooking in 20-30 minutes wonderfully. As a professional cook the biggest challenge for Lorena, who also competed on the show last season, is having no idea what she’s making and having only 20-30 minutes. She said being able to work under pressure and “being able to figure it out,” are the biggest challenges.

Why It’s a Good Family Show:

To see kids competing against adults and “to more than hold their own” Richman calls an amazing thing. He also observed that the kids are mature for their age and carry themselves well. He said “it’s an awesome thing for kids to see.” There’s always a take away that viewers can be inspired by something that the home cook is doing on the show that they can add to their own pantry or do in their kitchen.

They have a broad background of home cooks because, Richman stated, “you get the most unlikely of genius in the most unlikely of places.” In terms of the chef, that’s also something great. There’s so much young culinary talent on the show who look up to Lorena, Rocco, etc. He said it’s great to have that skill level and experience, and “there’s something for everyone.” 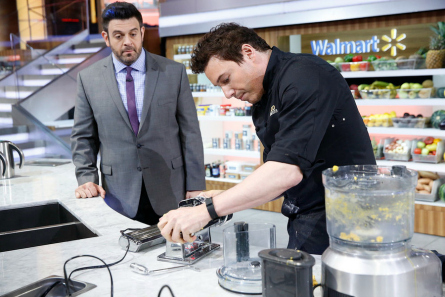 The difference in competing with a child cook vs. adult? Lorena said viewers will be amazed at what the kids come up with and she was blown away. What’s the one ingredient that Lorena finds the most challenging? Lorena said if it’s a dish that she’s never heard before, and not so much about an ingredient. She recommends to have a good understanding of different dishes from different cultures.

Richman said young talent should be nurtured and Rocco said when you are able to cook at a young age, “you take ownership of what you’re putting in your body and take ownership of the culinary world around you.” Richman added that cooking is the most beautiful way to pass down tradition. 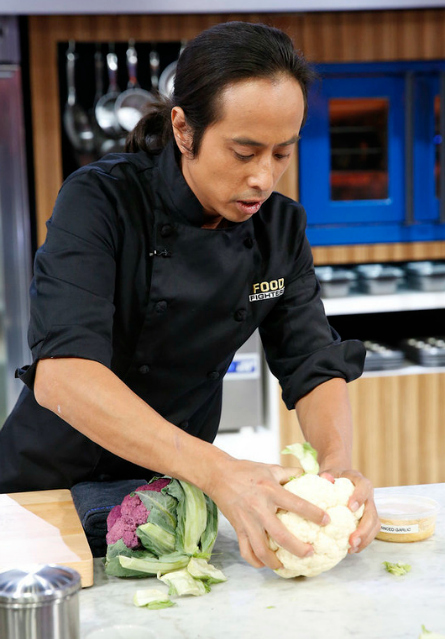 Does the show ignite that youthful approach to cooking? Lorena said yes and she’s always trying to take it to the next level. What do the chefs like about competing in this? Lorena said some people are more into the competition than others and says she does it for the experience, being with her peers, and having fun. “This work is so much about being in the restaurant” she said and it’s good to get out of there and have fun.

Richman said the kids handled competing in that format better than the adults. “It was remarkable.” There’s something so different and adorned about the way a 10 or 12 year old competes. He called them 12 going on 40. “Not one person who competed against them was anything other than blown away.” By the way they hold their knives.. Richman was impressed to see a young man making hand-made pasta and nitrogen ice cream.” 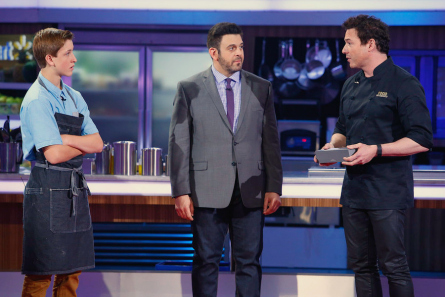 How the chefs handled going against the kids? Richman responded with in the words of his friend’s Sensei “today I’m going to do you the honor of truly fighting you.” He followed-up that there was nothing malicious in it. He said the kids sounded so grown-up and mature. The chef from L.A. told one kid, ‘you’re the same age as my daughter and you seem like you have experience’ and wanted the kid to beat him.

Lorena, whose episode of “Food Fighters” will air on July 30, stated, “what they (kids) bring to the kitchen and to the table is just incredible. It’s not an easy thing to cook any kind of dish even if you know what you’re making and there’s so little time and the cameras…it changes completely. The kids did an incredible job.”