Dream a Little on THE VOICE season 17 Blind Auditions Sneak-Peek! 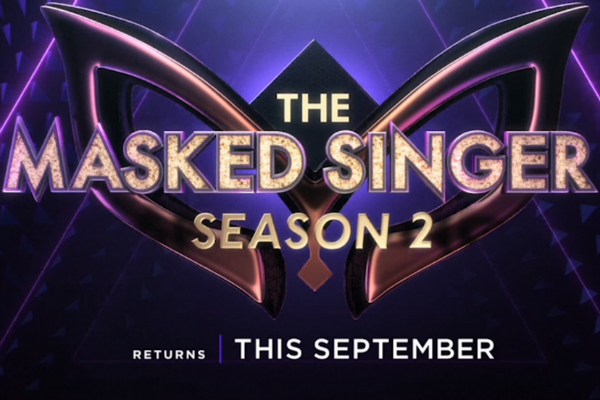 It was the little show that could, “The Masked Singer” came out winning overwhelming viewership after receiving not so favorable reviews from critics, quickly becoming FOX’s hottest show. Now, in it’s second season and already a third season to come, “The Masked Singer” season two returns with it’s charm, format and same lovable judges and host that viewers adore. Adhering to the long time tradition of ‘if it’s not broke, don’t fix it’ strategy.

The second season premieres September 25, 2019 featuring 16 celebrity contestants whose alter egos include: Flamingo, Leopard, Flower, Rottwieler, Egg, Butterfly, Eagle, Skeleton, and Fox.  The decadent costumes are once again designed and made by four-time Emmy Award winner costume designer Marina Toybina also from season one.  To help viewers and judges take a guess at who’s under the numerous masks, host Nick Cannon drops some blanket hints pertaining the celebrities as a whole.  He states that together, they have 25 Rolling Stones covers, 25 Super Bowl appearances, and about 29 children, and so on.

The returning judges are Robin Thicke, Jenny McCarthy, Ken Jeong, Nicole Scherzinger, and host Nick Cannon. In episode eight, the show welcomes back guest celebrity judge Joel McHale (“Talk Soup”) who has some hilarious banter with his pal Ken Jeong. McHale also purposely throws away a lot of his guesses to who the performances are by prioritizing comedy instead. Surprisingly, Jeong chose to do the same with most of his guesses in this episode as well. While Scherzinger threw us some really zany and cheesy comments such as “Somebody call 1-800-Flowers because you just delivered” she said to the Flower contestant. Then, “somebody pass the ketchup because you are one hot dog!” she told the Rottwieler singer!

Just in case you plan to attend a taping of “The Masked Singer,” expect full-on top level secret service type of security.  Yes! There were several security members sprinkled in each section of the audience throughout filming of the episodes.  Once audiences are seated inside the sound stage, they’re shown a video to reiterate just how serious the security measures are taken on the set and behind-the-scenes.

Celebrity contestants arrive to the CBS lot incognito within heavily black tinted windowed vans, and the secrecy doesn’t stop there.  Once on the lot, they must wear a mask, or any type of head covering to disguise their identities at all times.  The show goes as far as to also disguise the celebs’ entourages.  Nick Cannon said he doesn’t know who the celebrity singers are as well.

The studio audience still votes with voting devices after watching each match-up in the studio during the taping. The votes are quickly tallied, and the two singers are brought out to learn who won their round.  The singer with the fewest votes from each round, then must essentially sing for their life at the end of the show where the two lowest scored singers face-off in a traditional sing-off.

The Flower went up against Rottweiler character. The Flamingo masked singer sang “Lady Marmlade” and went up against Leopard during the episode we got a sneak-peek of. Some of the guesses for who the Flower is included: Dionne Warwick, amid other legendary female singers from that era. Some of the clues for the Flower included dominoes, eye lashes, and perfume.

Some of the judges’ guesses for who might be under the Flamingo mask were various young female Disney stars of Latin descent. Although equipped with a distinctive voice, the Leopard is a challenging one to figure-out. Examples of names that the judges threw out there were Seal, RuPaul, etc… On the other hand, the Rottweiler, who sang “Grenade” by Bruno Mars, seemed to really have some solid vocal skills and two of the judges were pretty certain they knew who this male singer is.

There was a guess that one of the contestants was a member of the Riverdale cast.  This may very well be likely since many fans of “Riverdale” thought that the Deer on “The Masked Singer” last season looked just like the Gargoyle King from “Riverdale.”

Also different this season, due to the overwhelming popularity of the show, “The Masked Singer” production didn’t want to risk any leaks of the unmaskings at all.  So, the reveals were actually shot without the studio audience.  Reaction shots of the audience (which are faked-out) will be edited-in to line-up with each celebrities’ unmaskings at the end of each show.

Another element to the show is the “Showdown” round or “Smack-Down” round.  The two lowest scored singers have to battle it out in a final performance where they sing a different song.  The judges vote who stays at the end of this round.  The loser has to get unmasked.