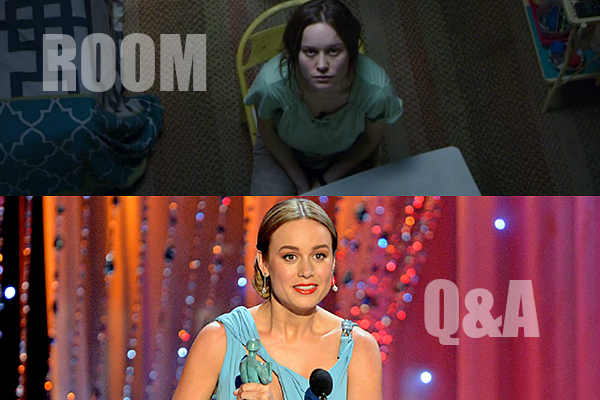 Fresh off of her SAG Awards win for Best Actress in “Room” just one day later, Brie Larson sat down with director Lenny Abrahamson after a screening of the emotionally driven film based on best selling novel “Room” written by Emma Donoghue.

The movie does a great job of creating the world that is known as “room” to five-year-old Jack (played by Jacob Tremblay). A world in which the only people that exist are his Mom – “Ma”, himself, and “Old Nick”. The story becomes a very sad and emotional one once it’s revealed just why Jack’s world is so small and why he doesn’t know it.

Abrahamson and Larson both described receiving the news about their Oscar nominations. “For thirty seconds I was staring at the screen” said Abrahamson. Larson stated that she gets many compliments regarding the making of “Room” and said that her part was not as grand as what she is given credit for. “My job is to give him [Abrahamson] all the colors to paint with later.” She said she was in Australia when she heard about her Oscar nomination She went from the Golden Globes to a flight. “It was incredibly surreal” Larson described it.

Abrahamson compared his nomination with sports “it’s like fantasizing of throwing the winning touch-down in the Super Bowl.”. Based on the beloved book, Abrahamson wrote Emma, the author, a long letter which is being published next week. The two met and “had such a great relationship” said Abrahamson.

He explained “Ma”s character – “Ma” is present but not completely present in the book. “There’s a dangerous delusion where you think you have everything when reading the book,” stated Abrahamson. Although the character of “Ma” didn’t have a name in the book, Emma gave “Ma” the name of “Joy” in the movie.

Larson had her reservations on accepting the role. “I didn’t know if I could actually do it,” she said and called her audition “a really easy collaborative audition.” Abrahamson responded to her statement with “that’s how you know it’s right. When it’s right, you want to do the work.”

Part of the back-story to how Larson was cast came off of a suggestion from a person in the production offices. She recommended Larson to Abrahamson and suggested he watch her in “Short Term 12,” a 2013 movie she starred in. Abrahamson watched the movie and was impressed. The rest is history. As for casting five year old “Jack”, Abrahamson said he intentionally waited until the absolute last minute to avoid any settle changes that may occur typical of young children such as teeth falling out, etc. 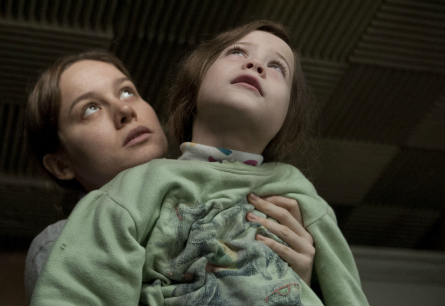 After casting Jacob Tremblay for the role, Larson and he met one evening for dinner. By the end of the first meeting, Tremblay invited her over to build Legos. “I never wanted to be accepted by anyone more badly than I wanted to be accepted by him” she said, and called him the most respectable male actor she’s worked with. Their birthdays are two days apart, and Tremblay gave her several gifts which included slipper socks, a mug, and gift card to a book store.

Abrahamson said that the movie was really shot in a 11 x 11 foot space . But it wasn’t the most challenging part of the film. “We all found ourselves remembering our own childhood and how you can get lost in those tiny details.” He said, “in a way, it’s the biggest place I shot on because it is it’s own Universe.”

Upon their very first visit of the shed referred to as “room”, Larson said she and Tremblay had much different reactions. She could feel the heaviness of it, where Jacob thought it was cool and liked that he could kick off of the padded walls.

Once filming had wrapped, Larson stated that she got her “freedom” back and it was much like when “Ma” re-entered society. During and before the making of the film, Larson had a strict no carbs, no sugar diet. It took her some time to begin eating them again.

“Room” is currently playing in theaters.