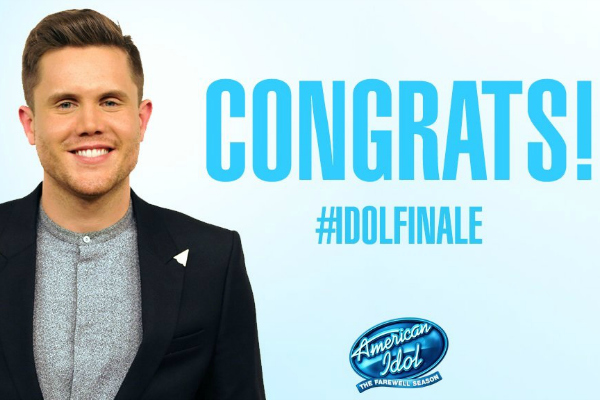 Harmon was up against female power-house vocalist La’Porsha Renae. The final pair are both from the state of Mississippi.

The morning after his win, Harmon talked to reporters during a press conference telephone call where he expressed his Country roots, his future album and learning from famed singer/song-writer Sia during her time as a mentor on the show. 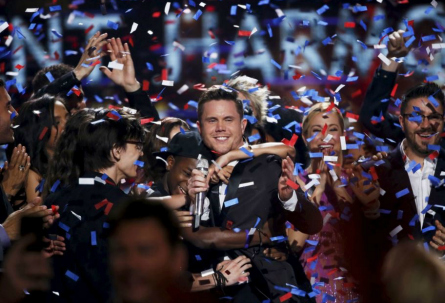 Trent said he talked to ‘Idol mentor Scott Borchetta who told him that Justin Timberlake is thinking of making a Country album. “Define country in 2016. I think it can be whatever you want it to be”, Trent stated. He said that Country fans go to shows and buy CDs. “If you can make it in Country, you’re going to have a career.”

Trent said he plans to float between Arkansas, Mississippi and Nashville. But, ultimately said he would like to live wherever he’ll be happy.

He also told Borchetta that “I don’t think you fully realize how much Country music I really listen to.” He said whenever he got to pick his own song on the show, it was always Country. Trent said it may have been confusing because he sings like a soul singer but can actually sing country. He’s a fan of singers Conway Twitty, Elvis, and Ray Charles. “Being able to sing multiple genres is going to help me moving forward to make a country album that will be palatable to many different people.”

Not having to practice his song for “American Idol” is something he said that has to sink-in. Trent felt that at any moment he’s going to get cut. “But I can’t get cut anymore” Trent said. He said “I realize today, I don’t have to do that anymore” and said it may take anywhere from a week to a month to come-down from his ‘Idol mode. After the finale, Trent got to hang out with past ‘Idols such as Jordin Sparks, David Archuleta, David Cook, James Durbin, and more. 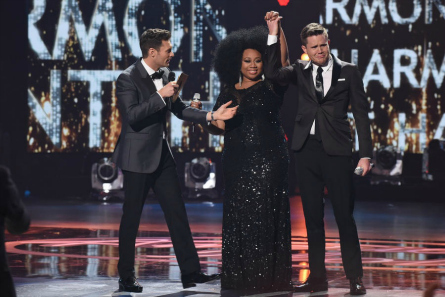 “When I auditioned in July, I didn’t expect to win, but I prepared to win at every facet of this competition,” stated Trent. He said his reaction just before hearing his name announced as the final ‘Iodl winner was he told La’Porsha, “no matter what name comes out of Ryan’s mouth, we’re going to hug until they separate us apart.” He said “we just won a car ‘Porsha. You don’t win cars every day. We’re going to be okay ‘Porsha.”

Trent said he did what it took to win and didn’t even realize it. “If I have two minutes to myself to do anything, I am in rehearsal mode. I didn’t know what I was doing, but that’s what it took. I was too dumb to know that I was in go mode all the time. But, it paid off.” He said singing is less than 10 percent of the show.

Trent said he didn’t want to “coast off of a pretty voice.” He said he knew if he pushed himself and “I worked really, really really hard I knew I could be better than just a pretty voice.” This included practicing everything from holding the microphone, interviews, wardrobe. “I didn’t just take for granted having the ability to sing. I practiced every different angle that I could to be good. To be better and to be the best,” he said.

The only two jobs that Trent considers harder than completing “American Idol” are preacher and solider. 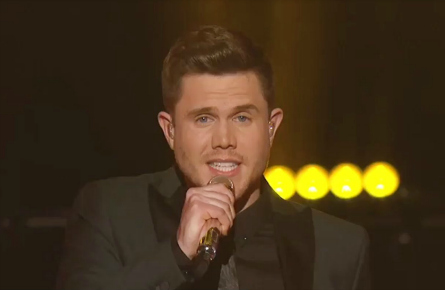 “I just learned that I can do things with my voice that I didn’t know within the last 2-4 years,” he said. Trent also said he always heard the notes in his head while listening to Smokey Robinson, The Temptations, Jackson 5. He said he always wanted to sing those notes. Then “one day they just jumped out of my mouth.”

Trent said “Amazing Grace” was the first song where his Mom realized that he could sing harmony at a very early age. Trent said he keeps this song in his back pocket and that song means something and it’s special to him.

ADVICE FROM PAST ‘IDOLS:

Trent said most of the past ‘Idols he got to talk to didn’t give him much advice in the moment, but they exchanged phone numbers and told him he can text him anytime of the day or night to ask them a question. “It was just surreal for them to reach out.” He said they told him he’s the last one and they want to help him any way they can. “And I think they mean it,” said Trent.