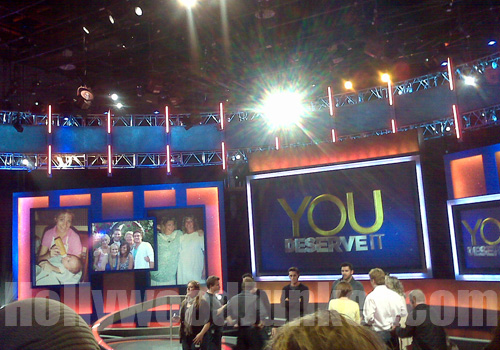 “You Deserve It!” Filmed its pilot episode on Wednesday, March 24th for ABC at Culver Studios in Culver City. The game show is now back and currently casting for more episodes.

Hosted by ABC’s “The Bachelor”, Chris Harrison who is such a professional he can pull-off hosting anything.

YOU DESERVE IT Show Details:

A family is introduced via a video montage. Friends and family of the two people involved in winning money are seated on a couch on the side of the stage. 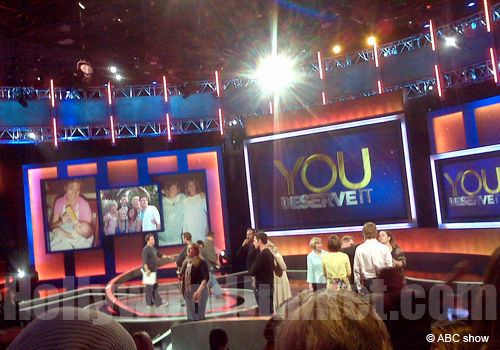 On the set of YOU DESERVE IT!

One family member plays on stage for $250,000 for another family member or friend. The person that the contestant is playing for has no idea and they are not invited to the studio. In this case, it was a son playing for his mother who has a heart condition. 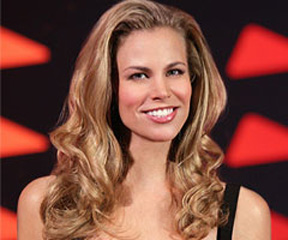 The on-location host who surprises the out-of-studio contestant’s friend or family member that they are being given game show winnings is Brook Burns (Dog Eat Dog, Hole in the Wall). Production said that they were filming that portion the next day.

How the game is played:

A player is given six rounds of clues to different “Who, What, or Where” categories. The “who” can be a real person or fictional one. The “what” can be an event of an object. The “where” is a geographical location.

Examples of “who” included: Ben Affleck, Michelle Obama, Dracula. A “where” answer was San Antonio, Texas. Example of “What”- belly button

Contestants have to buy their clues after the first free one. There are always nine clues to go with the nine capsules.

“You Deserve It!” is a cross between Jeopardy, Deal or No Deal, and Minute to Win It.

People who are interested in trying-out to be on the show can email the show’s casting department at: deservingcasting@gmail.com