Flashback to Zach Shallcross’ initial intro on “The Bachelorette” where he met two Bachelorette’s Gabby Windey and Rachel Recchia. He chose to be part of Rachel’s dating pool and Zach made it all the way to the Fantasy Suite.  That’s where things fell apart.  Zach expressed feelings that Rachel was one person in front of the cameras, and a different person off-camera.  He accused her of being fake and detailed the alone time that they spent together in the Fantasy Suite as if it was like they were strangers.

During “The Bachelorette: After the Final Rose” finale episode, Zach was introduced as the new Bachelor where he and viewers got a sneak peek at some of the young ladies who would be competing for his love (and rose)!  Brianna won the First Impression Rose voted on by the viewers at home.  At first, viewers were led to believe that there would be no more chances to get a First Impression Rose on night one.  That was later revealed not to be the case at all.

All of the women in the pre-show interview were very smitten with Zach.  Producers have put together a group of stunningly beautiful women for Zach.  On Zach’s official first night as “The Bachelor” he very well may have beaten out the original title holder (before Arie Luyendyk Jr.) of “kissing bandit” Bob Guiney, because he gave out so many kisses during his first Cocktail Party, and one before! 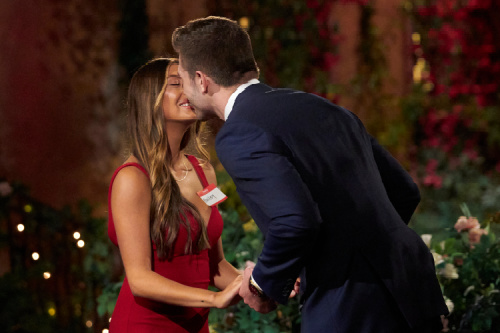 The few familiar faces that Zach recognized from his first night on live TV on After the Final Rose helped to settle his nerves a little bit while the women from his season introduced themselves to him on the first night of “The Bachelor” season 27 premiere.  Those ladies were: Bailey, Christina Mandrell (the only girl whose last name is displayed.  Later, we found out why), Cat, Brooklyn, Brianna arrived last.

When Bailey arrived, she wanted to make sure that this time Zach remembers her name.  He called her “Bailen” at the After the Final Rose episode.  She ended up getting the very first kiss of the night from Zach right there in the driveway.  This is actually a first in Bachelor show history.  Typically first kisses happen during the night one Cocktail Party. 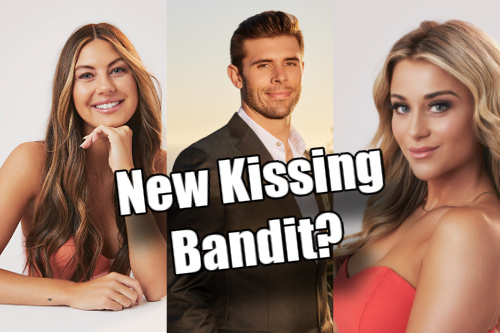 Some of the other serious contenders were featured before the limo arrivals.  Katherine, who is 27-years-old, is an RN who said she’s dating to find a husband.  Christina Mandrell is 26 from Nashville and she is the niece of famous Country star Barbara Mandrell.  Her mom was in the group the Mandrell sisters.  Producers probably thought that her and Zach would hit it off being that Zach has a famous Uncle, actor Patrick Warburton, who played “David Putty” on 1990s hit sitcom “Seinfeld.”   Christina has a daughter and said she can’t wait to get married and have more children.

More prospects included: Charity is 26 and said she’s “so ready for love.”  Greer is 24 and from Houston, Texas.  She said she can see herself as Mrs. Shallcross.  Brooklyn is 25 years old and is a rodeo performer.  Of course, Brianna was included in this group of women featured. At age 24, Brianna is the owner of a beauty company and said being her own boss is “amazing” because she doesn’t like taking orders.  Kaity is 27 years old and lives in Austin, Texas.  Her and Zach are from the same city and she was hoping that it will work out with Zach.

The first woman out of the limo was Jessica (Jess).  It’s always smart to pay attention to the first person out of the limo.  This is true for both ‘Bachelor and ‘Bachelorette seasons.  They tend to go far in the show.  Zach was indeed smitten with Jess who seemed like a very sweet and sincere young girl.

Some of the stand-out arrivals included: Davia who brought a bottle of Champagne to share with Zach; Gabi brought maple syrup for Zach to try (he didn’t seem to like it); Greer brought a cup of hot coffee supposedly from New York; Mercedes brought a large pig named Henry; Christina Mandrell brought a party bus which she exited from.  This bus got more use a little later that night when Zach and Christina kissed each other on it, and were joined by some of the women who got on the bus to dance and have fun. 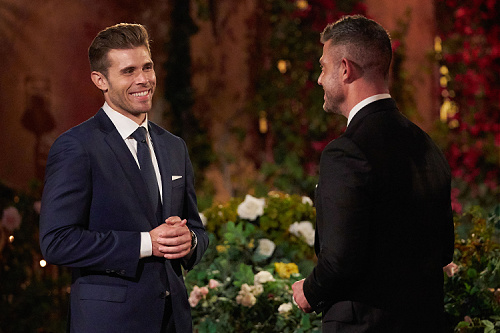 A lot of the women were jealous when Brianna walked into the room carrying her First Impression Rose given to her during the live After the Final Rose show. She was also fully adorned in roses on her red gown.

After all women had all arrived, they totaled to 30 women for Zach to choose from.  Though he would be keeping only 20 out of those women by the end of the night.  That means ten women would be eliminated.  Zach said all of the women had impressed him so much and his gut was telling him that he may have met “the one.”  Host Jesse Palmer said “let’s talk roses” and told him that he will also have his own First Impression Rose to hand out that night.

Zach joined the women inside and said “this is overwhelming” and he was “freaking-out.”  He told them kudos because he forgot his name when he was a contestant.  Zach told the ladies the basics of himself – that he likes football and frozen pizza.

Zach said his parents have been married over 30 years and they love each other more every day.  That’s what he strives for. He told him that he’s looking for them all to be “open and honest about everything” and their feelings because he will do the same with them.

Katherine and Zach had a lot of chemistry that he could sense that there was something there between the two.  Zach said he was excited for more to come from Katherine.   Zach’s second kiss of the night was with Kaity.  She said kissing Zach was like fireworks.  She said he’s very down to Earth and she could see him being a great father.

Brianna got some private time with Zach and told him that just because she has a rose, she still wanted to talk to him more to get to know him.  Zach said he really does want to find his forever person.  In her confessional, Brianna said even though she has America’s Rose, she would love to also get Zach’s First Impression Rose!  Then, Jesse brought out the physical actual First Impression Rose.  The women there started to panic after realizing the added pressure and limited time that they had. 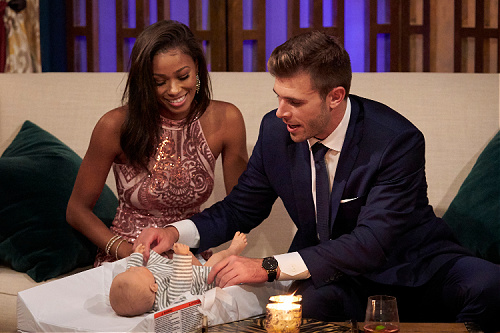 Genevie quizzed Zach on his ability to change a fake baby’s diaper.  Genevie said she was impressed by him.

Interestingly enough, Greer told Zach about making a powerpoint when she was little to sway her parents to let her move to Austin, Texas.  She told Zach that’s where she wants to plant her roots.  After that, Zach kissed her after asking for permission. All of the women saw this from a distance!   Madison was dead set on also getting a kiss from Zach.  But, after her time with Zach, he went in for a hug and not a kiss!

So, Madison interrupted Zach’s time with another girl to get a second chance to get a kiss from him.  She pushed Zach’s head to her lips to kiss him.  Most likely, Zach wasn’t into it.  She said the kiss was a peck. Lol.  Zach said “it didn’t feel right” and he “felt overwhelmed with his conversation with Madison.” Later, Madison was crying about it in her confessional.  She said “I want to be wanted” and it was “embarrassing.”

Zach could relate to Charity because his Mom is a special needs teacher. He told her that she seemed like an incredible woman and called her “stunning,” then asked to kiss her. She was happy to give Zach a kiss. She described it as a “solid kiss” and she was hopeful of what was to come.

The girl who was the first out of the limo, Jess, was already getting worried stating that “a lot” of time had gone by since she last talked to Zach after getting out of the limo and she wasn’t sure where they stood.  Lol!   When they reconvened during the Cocktail Party, she told him that he is “very cute” and they kissed. 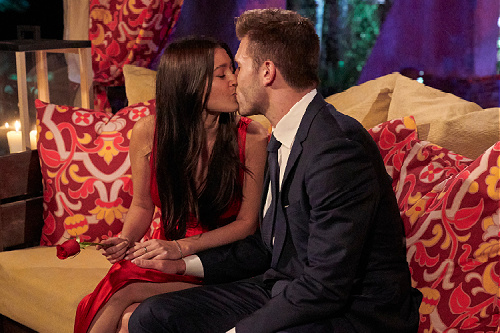 Zach went inside to retrieve the First Impression Rose.  It was Greer whom he gave it to.  The women were so disappointed.  Madison looked like she was taking it especially hard.   Zach told Greer that he really enjoyed their conversation and couldn’t wait to get to know her more and they kissed again.  Greer said she wasn’t expecting that and felt a firework during their kiss.  In the meantime, Madison was upstairs crying hysterically because she wanted Zach’s rose.

Then, Jesse Palmer re-entered the scene to announce that the Cocktail Party was coming to a close.  He then talked to Zach outside.  Shortly thereafter, surprise, surprise! Madison followed them outside to interrupt their conversation to pull Zach aside in private.

Madison took the dreaded walk of rejection down the driveway and into the shuttle van that awaited to take her to the airport to put her on the next flight back home while she was sobbing the whole way.

Zach went back inside where it was time for the Rose Ceremony.  He explained to the women what happened with Madison.  He told them that he wants “full transparency” and with Rachel, he didn’t get that full transparency.

Zach had a total of 20 roses.  Two of those roses were already given to Brianna, and Greer.

The first name he called was Christina.  The rest of the women who got roses were: Charity, Bailey, Jess, Genevie, Davia, Aly, Brooklyn, Kaity, Anastasia, Kylee, Gabi, Katherine, Mercedes, Ariel, Victoria J., Kimberly, and Cat got the final rose.

Zach told the group that he felt like his best friend was in the room. 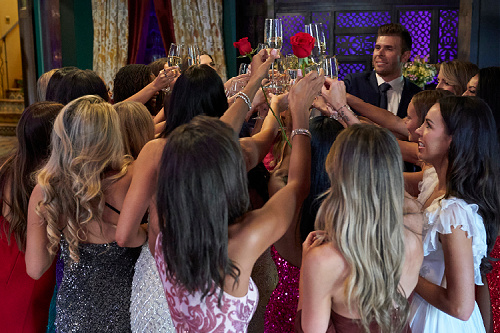