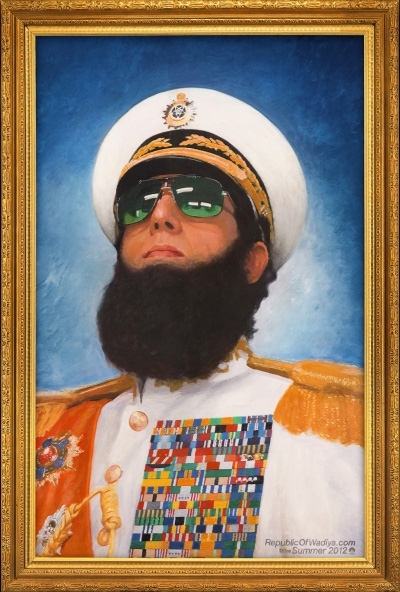 During HOLLYWOOD JUNKET’S tour ride today to the Hollywood sign given to us by the Hollywood Chamber of Commerce, two of the city’s representatives spoke about the announcement that actor Sacha Baron Cohen’s plan to bring his latest character, “Admiral General Aladeen” from Paramount Pictures movie “The Dictator” to the ceremony this Sunday.

The representative stated that when the Academy was told by Cohen’s reps about his planned stunt, that the institution took away his credentials to attend this year. They stand by that verdict if he insists on arriving as Admiral General Aladeen.

According the the Republic of Wadiya website Aladeen “will deliver a formal response tomorrow morning to being banned from the Oscars by the Academy of Motion Pictures Arts and Zionists”.