Drew Carey Brings THE PRICE IS RIGHT To THE TALK! 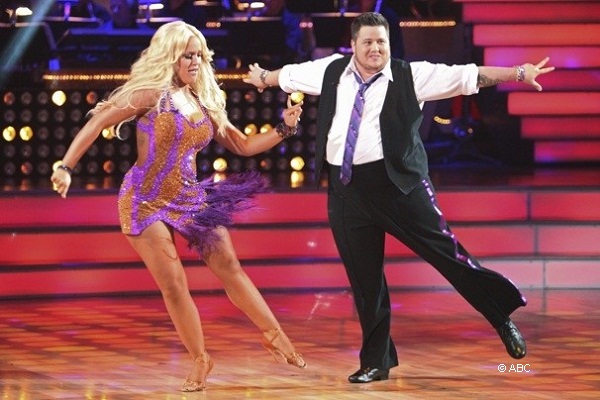 EXCLUSIVE! Set Report!
Former contestants from “American Idol” (Mandisa) and “Dancing with the Stars” (Chaz Bono) visited “The Doctors” recently to talk about their successful weight loss due to the help from “The Doctors”. HOLLYWOOD JUNKET was on the set to get a sneak-peek of the episode that will air on Wednesday, February 20, 2013.

Mandisa from season 5 of “American Idol” in 2006, re-visited the doctors to update them on her weight-loss challenge. She first appeared on the show back in October, 2012. She said that the toughest part was the Thanksgiving holiday where she estimated she gained about ten pounds. 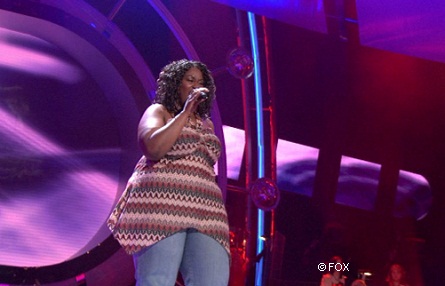 Pictured: Mandisa as she appeared on “American Idol” in 2006.

As she appeared on “The Doctors” it was apparent that Mandisa had gained much of the weight she had lost after “American Idol” back. In general, her guilty pleasure is donuts. She said the sweet carbs are her downfall. The doctors showed her healthy alternative snacks that included: fruit, frozen yogurt, cantaloupe, and almonds.

One doctor determined that Mandisa is Lacking Vitam D because she wears sunscreen. Mandisa who is African-American suffers from the typical Vitam D deficiency that is common in dark skinned people because they absorb less vitamin D than lighter skinned people according to “health diaries”. The doctors offered her food replacements which consisted mostly of green vegetables, and her favorite – broccoli. When Mandisa had been on “The Doctors” previously, she had lost 100 lbs. Her successful weight-loss, she said, was the result of mostly dancing and watching her calories. 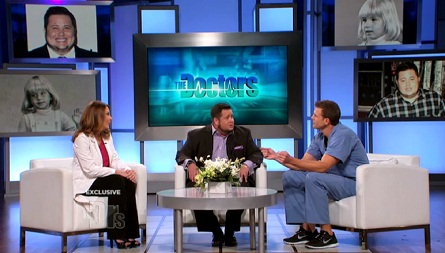 Pictured: Chaz Bono (center) talks about struggle with weight in a previous “The Doctors” episode.

Dancing is definitely a benefit for the other reality show star that stopped-by “The Doctors”. Bono is famously known for publicly undergoing a sex change going from a female to male gender. A former contestant on “Dancing with the Stars” in 2011, Chaz Bono, son of Cher, was struggling with his weight and commitment to shedding the pounds. During his time in the competition of “Dancing with the Stars,’ in a “Good Morining America” interview, Bono said one judge on the show, Bruno, called him a basketball, a penguin, an Ewoke all terms referring to his weight.

“The Doctors” assigned Bono an MMA fighter trainer, food delivery service, and a cardio specialist to help him achieve his weight-loss goal. He managed to lose between 30-50 pounds (43 lbs to be exact) in just three months. 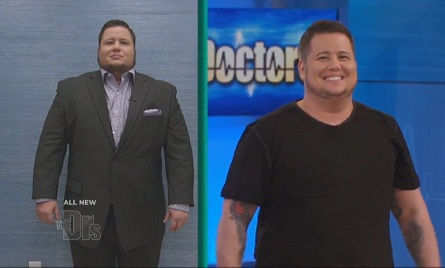 The results of Bono’s diet and exercise on “The Doctors”.

Bono appeared on the show in head-to-toe black. We weren’t too sure just how much of a transformation was made. But, he absolutely looked more slender.
Also on this episode, Dr. Ordon gives viewers an anti-aging natural remedy: combine milk, honey and lemon juice for a face mask to fill-in wrinkles!

“The Doctors” airs weekdays in syndication. Check your local listings.