THE SING OFF: Season 3 – Groups to Watch! – Set Report, Sneak-Peek! 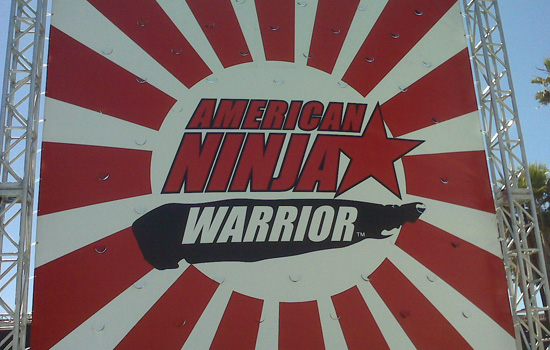 It’s down to the wire for the competitors of “American Ninja Warrior” as they head off to Mt. Midoriyama, Japan for the final obstacle course that will determine their fate if any one of them will be the first American to win the Ninja title and take home the K-Swiss $500,000 endorsement deal!

We talked to hosts Matt Iseman (Clean House, Sports Soup), and Jimmy Smith (MMA Fighter) whose commentary on the athletes and challenges make viewers get a really great idea of what the competitors are experiencing. 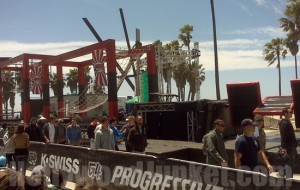 Though some hardcore veterans of “American Ninja Warrior” have gone as far to build their own obstacle courses to practice on at home, competitors never know what the actual obstacle course will be and what to expect. Sometimes, weather conditions heighten the difficulty of the course. “They don’t know what obstacles they’re going to face and they never get to try them out. So, when you see them on the course, that is the first time they’ve ever sampled these obstacles. So they don’t know how springy a trampoline is or if a surface is going to be wet” said Iseman.

During the qualifying rounds in Venice Beach, Ca, Hollywood Junket was there on one particular morning when it was raining. The G4 crew did not close the course. Contestants still had to go through the wet obstacle. The reason – they have to be prepared to go through the course in any condition. Iseman stated on the set that some times it is raining on Mt. Midoriyama and they still have to compete. 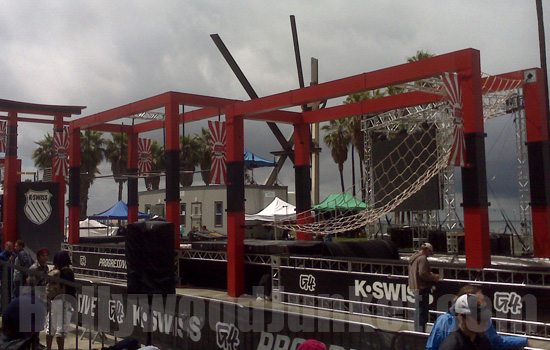 The qualifying rounds also sent home a large amount of competitors on the “Jump Hang” and the “Warp Wall”. Smith talked about that, “there’s always something every year that separates the people that are just kind of getting through it to those that are real contenders. And I think it was the Jump Hang this year”. Smith observed that “A lot of people just mis-timed the jump. Like Matt said, you don’t know how springy the trampoline is, can’t make the jump”. Smith said that last year, it was the “Bridge of Blades” that was the toughest obstacle for competitors. 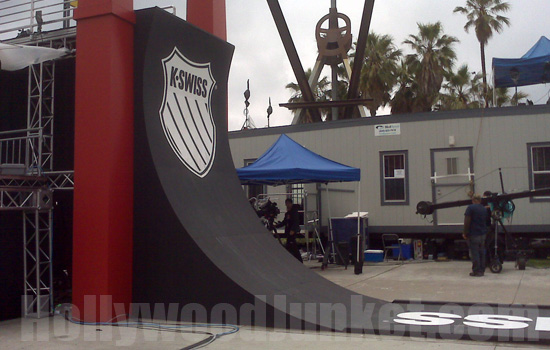 We asked the hosts, is there an element of luck to successfully completing the obstacle course? Iseman said, “Well I wouldn’t say it’s luck. I think it’s if you look at the guys who move on, it’s not because of good luck. Some guys will go out because of bad luck. The course they may hit a spot where there’s some water from a previous competitor and slip and that’s just the nature of it. The course is not going to be the same every time you run it. So, bad luck can take you out. But, there’s no one getting through because of good luck I would say”.

Smith tried the course himself last year. Iseman’s reaction was “I saw Jimmy go through it and I got humbled last year. So, I want to see other people go. I’m tired of looking like the fool”.