Arnold and the Bandit – THE LAST STAND Action Ride Capper

Get a Car For A Pig! FAMILY TRADE GSN Reality Show!

Arnold and the Bandit – THE LAST STAND Action Ride Capper 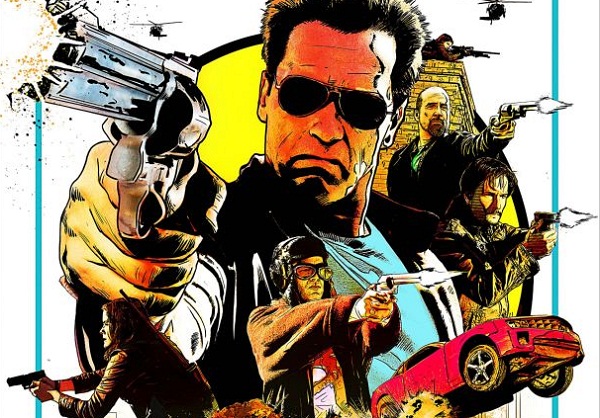 A small town is involuntarily and abruptly awakened to the biggest fugitive chase by the FBI in Lionsgate’s “The Last Stand” directed by Jee-Woon Kim and starring Arnold Schwarzenegger, Forest Whitaker and Johnny Knoxville.

Colorful characters surrounding law-enforcement riding the tails of illegal cargo (a fellow FBI agent and the fugitive himself) inside of a super-charged sports car could very well be an updated spin on the classic 1977 film “Smokey and the Bandit” which starred Burt Reynolds and Sally Field.

Fans expecting to see a good Schwarzenegger action film like the old days will not be disappointed in “The Last Stand”. It’s one-of-a kind mind-blowing stunts, mostly involving cars, and quirky towns people along with cheesy dialogue delivered with great comedic timing is all wrapped-up into an enjoyable adventure ride. 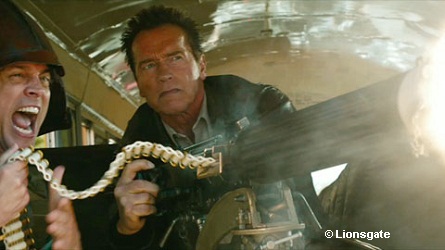 Arnold plays Sheriff Ray Owens of Sommerton, Arizona – a small town out in the middle of no where. As a former narcotics L.A.P.D officer he had too much of a bad deal which ended in a lot of bloodshed. As a result, he sought out a much more quiet career in law enforcement in Sommerton. As the town’s sheriff, his most demanding responsibilities is jailing drunks. His deputies Jerry (Zach Gilford) and Mike (Luis Guzman) pass their down-time with target practice on hanging raw meat. One deputy’s need for more adventures leads to his request for Owens help in getting hired at the L.A.P.D. after the highlight of his work there is rescuing a cat from a tree. As they say, be careful what you wish for because their sleepy little town soon turns into a hot spot for danger literally over night.

The town’s worst nightmare starts when a failed milk delivery arises suspection from the town’s local waitress, Christie. After sending his deputies Jerry Bailey (Zach Gilford) and Sarah Torrance (Jamie Alexander) off to investigate, Owens soon discovers that there’s something fishy going on with the last homicide in Sommerton and has a gut feeling it’s connected with an earlier sighting of questionable diner patrons and an escaped convict, Gabriel Cortez (Eduardo Noriega) who’s said to be headed their way. But, not just any convict, the most threatening convict of all – a third generation of a drug cartel family and as FBI agent John Bannister (Forest Whitaker) puts it, not since Escabar has a convict been as threatening. 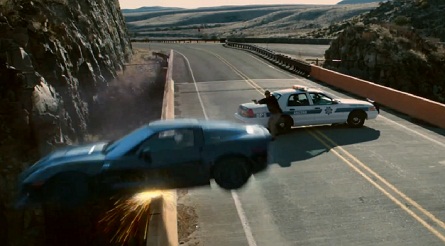 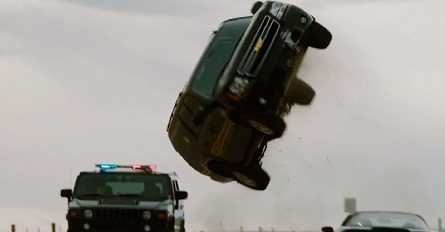 “The Last Stand” is filled with smart action and impressive car stunt scenes. Some of the things that the featured car- a custom, converted corvette stolen from the L.A. Auto Show by Cortez and his minions is capable of- racing at speeds higher than a helicopter and apparently lacking the need for gas. The fact is that this villain is one that has truly lead a charmed life and doing the actual dirty work is not in his agenda. He passes off all of the heavy-lifting to pre-selected criminals who help him make his escapes in his ultimate goal to pass back over the border into Mexico.

Arnold Schwarznegger proves to still have his action movie game in him by not letting fans down by delivering his traditional, signature macho, humorous style trademarked to his characters. One memorable scene of the film is when Arnold’s character goes into the local diner to warn the workers and customers to go home because they are in harms way. One of the senior citizen customers says he just ordered one of the most fattest breakfast’s and does he look like he’s afraid of death. The other older patron agreed – as they both sipped on their beers. In a follow-up scene at the same diner, after breaking through a glass door, the customers and workers ask Arnold how he is doing as he’s in the middle of battle with Cortez’s crew. He pulls himself up off of the floor and responds, “old”. 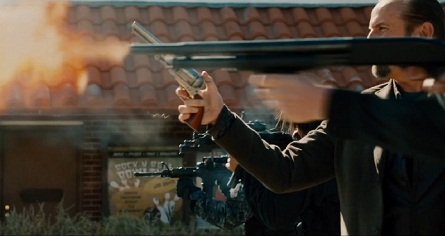 WARNING: For those of you with weak stomachs I must advise there are some graphic scenes shown that include dismembering body parts and the blowing-up of things and people (the worst of it is shown in the red band movie trailer). The extensive weapons capable of doing such crude harm is to the thanks of the local firing range owner Lewis Dinkum, (played by Johnny Knoxville) whose personality runs borderline insanity who lucks upon getting deputized in order to use his arsenal to help the sheriff’s department’s mission in a stance against Cortez. One of the movie’s themes- never underestimate the powers that-be inside of a tiny town and the crazies that are in it!

“The Last Stand” is the biggest cheerleader for the underdog. In a small town with limited resources, it’s fun to watch these entertaining characters get creative in the ways that they setup attack upon the bad guys! Director Jee-woon Kim stages brilliant car stunts along with perfectly-timed shoot-out scenes, greatly appreciated by action film fans. In an interview, Arnold stated that Kim is like the James Cameron of Asia but, doesn’t speak English. Arnold still managed to pull-off a stylish and entertaining joy ride of a film.