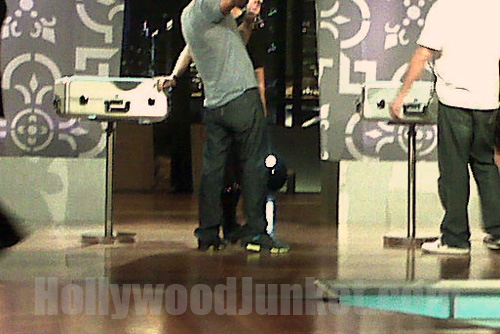 Another round of eccentric daters trying to pick-up each other for a chance of acceptance on GSN’s dating game show “Baggage” hosted by Jerry Springer.

We returned to the set of “Baggage” in September for the last few episodes of the new season currently airing on GSN. The show delivered more surprises and some revelations about the host! 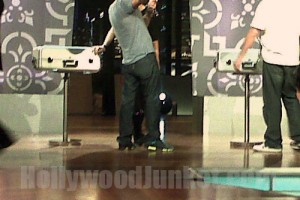 Contestant cases that reveal their baggage!

Some of the challenges a male dater had to face when picking his top favorite female were: one wears her underwear two days in a row due to laundry issues. She also talks to her dog telepathically. Another prospect stated that she broke-up with an ex-boyfriend via text message, and keeps a collection of men’s underwear. But, the most surprising baggage was that one woman holds a job that requires her to scan mens’ testicals!

Some of the men who were hoping to win a date with a female contestant had the following issues: one is addicted to tanning like Jersey Shore and terrified of being abducted by aliens. He also has nude photos of himself on the internet. Another one’s baggage was family-oriented and tamer. He talks to mom every day of his life and wants ten children.

Lastly, another round of male hopefuls trying to get picked for a date had to divulge the following facts about themselves: One of them has hammer feet and bunions, another one has back hair “like a shag carpet”, and the third guy dropped out of college four times in ten years.

Large baggage from prospects included: moved out of a homeless shelter; addicted to shopping and is $50,000 in debt. 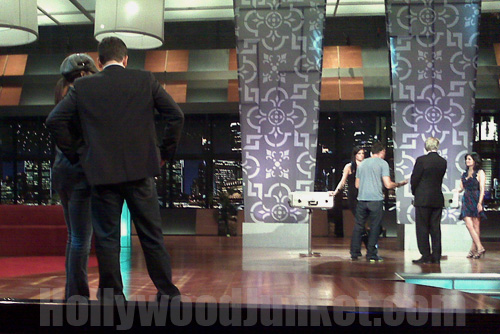 Setting-up for another round of "Baggage".

Which baggage was too much for daters to handle? What was contained in more of the large baggage? Tune-in to the new season of “Baggage” weeknights at 6:30/5:30 c on GSN.

Springer, host of “Baggage”, commented to the audience in regards to some of the female contestants not being too bright and hoped that it was “just nerves or else they are in trouble!”. Springer who had just gotten an iPhone and was still trying to get the hang of it said that he uses the phone primarily for emails and photos. He showed us a photo of his one-year old grandson in the phone.