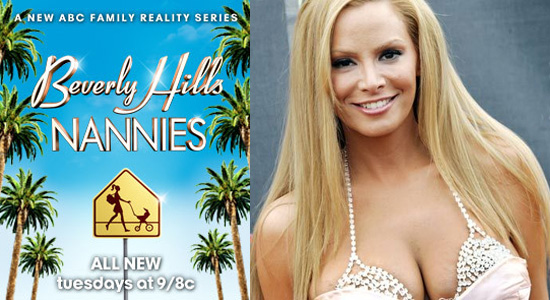 Model and actress Cindy Margolis, also a Guinness Book of World Record holder as being the most downloaded person on the internet in the year 1999 can currently be seen with her family on ABC Family’s “Beverly Hills Nannies”. 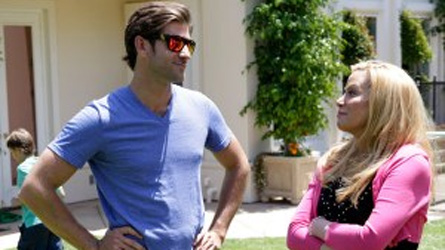 During HOLLYWOOD JUNKET’s recent interview with Margolis. she said that she thought she’d never do another reality show after starring in FOX Reality Channel’s “Seducing Cindy” where she was looking for love, but didn’t find it. Margolis had a change of heart when she said that she knew that ABC Family would help place a quality nanny inside her home. She describes the show as, “It’s been an amazing, incredible experience. It’s like nothing I’ve ever done before…like nothing I ever expected but way beyond my expectations. Margolis also said that she also wanted to give her children a special memory that they will just “treasure for the rest of their lives.” 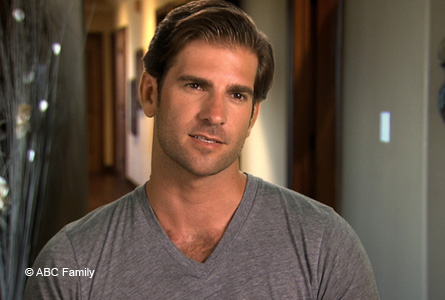 In last week’s episode, Margolis introduced a male nanny, or “manny”, Scott Cartmill, labeled as “the hottest manny in Beverly Hills”. Margolis said, “I never thought that I’d have a manny. I have such a wonderful nanny. Kristin is amazing and the children love her. She became and still is my best friend. To have a manny as well just completely transformed and made my family what I was so hoping would happen. My son Nicholas who is ten now and he has always been the only boy in the house. Although I try to be the best Mom that I can , I’m not a man. To have the manny it changes the dynamic for the better,” said Margolis.

Margolis says Scott is the real deal and that before him she was starting to lose hope in if there are any “real men out there”. She stated, “To have Scott to come in and be a real man for once,” she said is what her family needed. 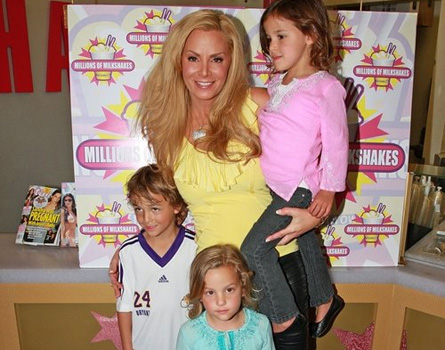 Cindy Margolis with her family.

Margolis guarantees that the moments on the show with her family and the nannies are real and not for the cameras. “Kristen and Scott were the same with the kids. The kids were the same.” Margolis said that her family went from going through the ups and downs and emotional roller coaster of divorce to feeling like a complete family again”. 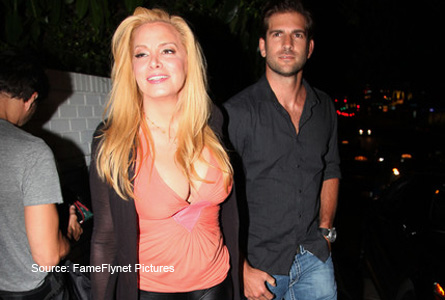 Cindy with Scott, says it’s a fine line between boss and best friend of nannies.

She also admits, that the Scott helped to balance her own life as well, “I needed someone to come in and manny and nanny my three children and myself. My whole family had to re-learn being a family. There is that fine line that’s hard not to cross from being a boss to best friend. I had three jobs the mom, the boss and also they (nannies) are my best friends. It’s hard to put your foot down…there was always a little bit of drama somewhere”

Her attraction to Scott on the show is apparent. Margolis went on to say “have you seen Scott? Have you seen Scott in your pool in his swim suit playing with your kids”, and she felt a little pressured to check the mirror now and again while at home, “Do I have to brush my hair now before I leave my room”, referring to the fact of sharing her home with her nanny. 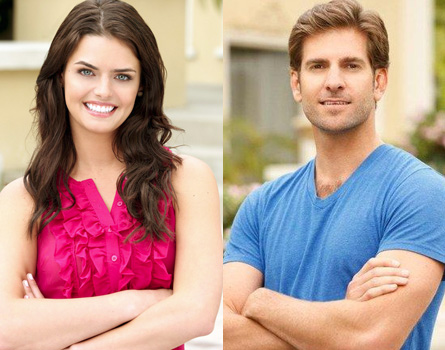 A nanny war coming-up between (L-R) Kristin and Scott in the Margolis household.

Viewers can expect to seen some disagreements and a battle of the nannies occurring inside the Margolis household. Margolis explained, “Definitely there are some things coming up that will surprise everybody that they will definitely not expect. It had to happen. There was drama and disagreements. There was an all out fight between Kristin and Scott in my house and where my kids were which was intolerable. So there had to be some ultimatums. Things that happened that I wouldn’t want anyone to see at my home. But we opened-up my life and everybody can relate to a part of the show.”

Margolis said that it’s good to have the nannies around to give her kids another perspective on life outside of her own household and they know that everyone does not live the same lavish lifestyle that they do. “I did everything on my own. I call my house the house that the internet built.” She said coming from a one-bedroom apartment living with her brother and mother as a child. So everything that her kids have, “they have to earn…and if they want to live how they live now when they grow up, they’re going to have to work for it themselves”.