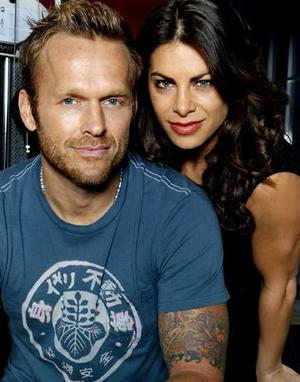 UNIVERSAL CITY, Caâ€“ NBCâ€™s â€œThe Biggest Loserâ€ launches season eleven on Tuesday, January 4 (8-10 p.m. ET).
The reality competition series will be introducing two new trainers and adding a new twist to the weight challenge game which will be introduced to the eleven teams consisting of duos at the end of their first challenge. 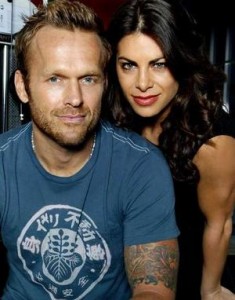 Players will get to make a game-changing decision in the order in which they finished the first challenge. The twist? – Host Alison Sweeney will offer the eleven families and friends teams of two the choice to either work out with trainers Bob Harper and Jillian Michaels at the ranch â€“ or work out at a secret location with two unknown trainers, whose identities will remain a mystery.

If the contestants choose the new trainers, they will receive immunity for four weeks! If they choose to stay at the ranch and be trained by Bob and Jillian, theyâ€™re at risk of going home after just one week.

What NBC hasn’t stated yet, is whether or not the team mates will have to make a choice in unison, or if one can chose the ranch and the other team mates a mysterious location and trainer. Should make for an interesting new season!

The new contestants include Rulon Gardner, an Olympic gold medalist, Don and Dan Evans, identical twin policemen who started gaining weight when they joined the police force, Ken Andrews, a pastor who wants to spare his overweight son from obesity, and Sarah Nitta, a woman who has lost pregnancies because of her weight and wants to be a mother.

Each season it seems, the show tries to top itself by finding a contestant heavier than previous season contestants. This time, it will be Arthur Wornum, heaviest contestant weighing-in at 507 lbs.

Other contestants include: Courtney Crozier, a student whose family owns a Dairy Queen and who was already inspired by â€œThe Biggest Loserâ€ to lose 112 lbs. on her own, and Olivia Ward, an opera singer who wants to look as good as she sounds.