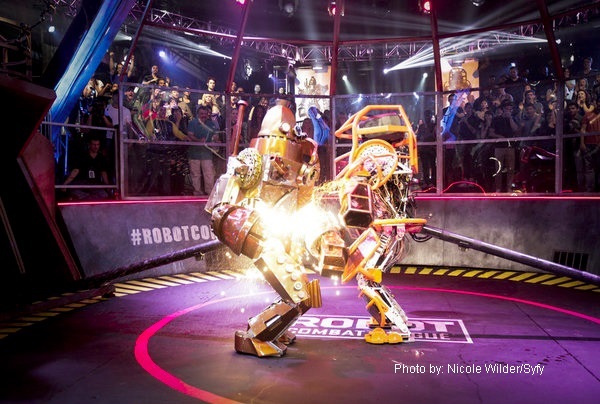 The season one finale of Syfy’s “Robot Combat League” is here! Earlier in the season, we talked to host Chris Jericho, and robotic engineer Mark Setrakian about the wonders of the ground-breaking show.

Jericho stated that is was interesting to see the contestants interject their own personalities into these robots. “What’s their fighting style and how can they adapt to what’s going on. We’ve never seen anything like this before in the history of television,” said Jericho. 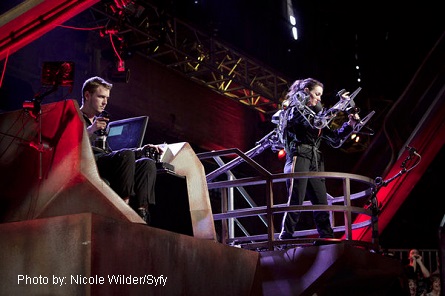 Jericho agreed, “When you duck, the robot ducks at the same time.” In regards to the steel armor that the contestants wear in order to control the robots, Jericho said, “When you first put this foreign appendage on it feels very strange. But, then it becomes an extension of yourself. As the teams moved forward in the competition, the robots became an extension of the humans. It was the teams that worked together in a three-way relationship that moved on.” He said it was ultimately about who had the best chemistry. 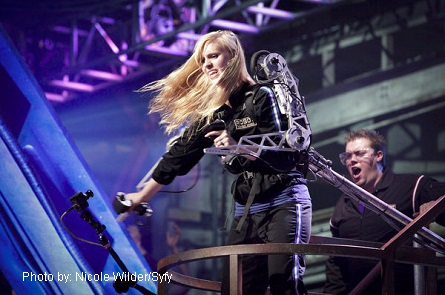 Some of the most memorable moments the two said were to see the contestants push the limits more and more as they watched and became aware of what could be done with them. “The fights got more and more outrageous,” Setrakian said. Jericho added, “It was uncharted waters and no one knew what to expect. One of the actuators broke and the robot was cut in half. The highlight was when Scholfield cut the robot in two. If that doesn’t get your blood flowing then go watch The Golden Girls.” 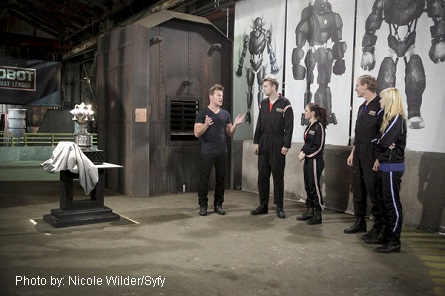 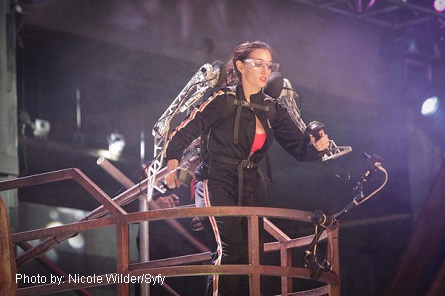 Jericho also said of the contestant pairing that “there were interesting combinations. Aside from the father-daughter team (George Lucas and his daughter), some of them really bonded, and some of them didn’t and the bonding was part of the show.” 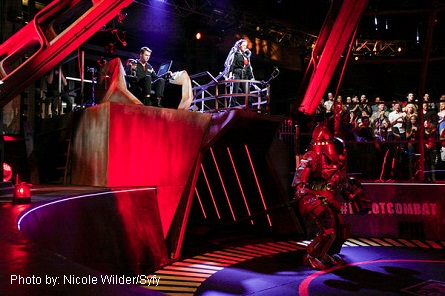 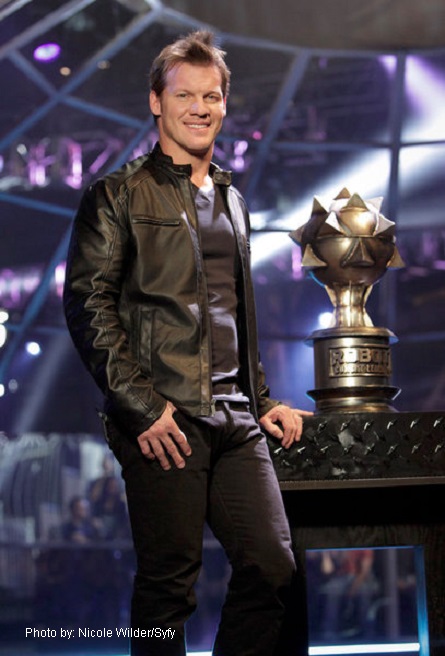 Will robots put wrestlers out of work? Jericho doesn’t think so. “There’s always a human element. We’ve seen this in movies and television for years. So the fact that we have these fighting robots…someday in ten years we’ll look back and think how arcadic are those robots because the technology will have advanced.”

Setrakian said that his goal when creating the robot was “engineering for success. In a car race, the car races around the track, and the car crashes. I had to make these things (robots) so they absolutely will not fail. It’s really interesting that you have two people interacting. We really wanted to have it be a pairing of an athlete and a ‘brainiac’,” he said. 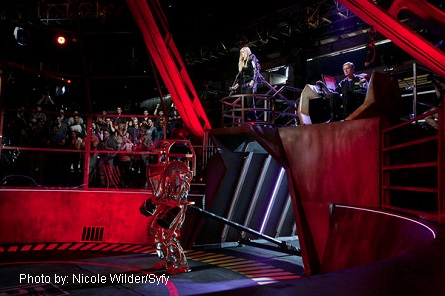