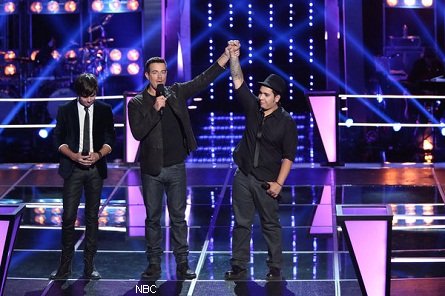 Joe Kirkland sang “Mean”. Next, Bryan Keith used the song “Everything I Do For You” to try to knockout Joe. After the performance, Blake commented, “It took me minute. Then – that was Taylor Swift. that was really cool.” 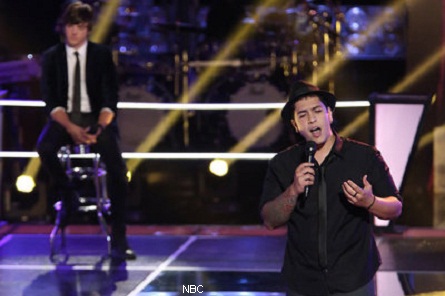 Christina said This is a tough one Adam. I was feeling both of you on different levels. Bryan when you hit ‘I would die for you’- you really nailed it beautifully. Joe – You have this natural charisma that you have on stage. It reminds me of Billy Joe. My eye wants to be drawn to you.”

Cee Lo said, “Bryan, you have that working class hero type of quality that resonates with me. I’d go with Bryan.”

Adam said, “Joe this way surpasses my expectations of you in rehearsals.” 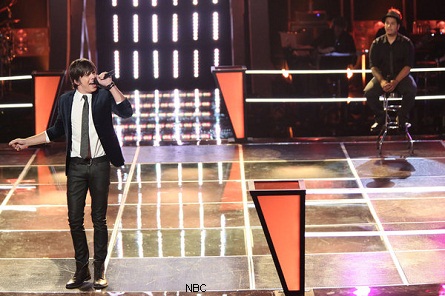 THE VOICE KNOCKOUT – Joe Kirkland singing “Mean” Vs. Bryan Keith singing “Everything I Do For You” MORE: http://hllywdjnkt.co/ShUpzY