DON’T FORGET THE LYRICS: It’s Back on FOX!

The Game Show Network (GSN) is dipping into dating show territory with a fun, new original game for singles, whom don’t necessarily have to be single (see our earlier post here: https://hollywoodjunket.com/2010/02/20/gsn-light-hearted-new-dating-game-show/ ) called “Baggage” 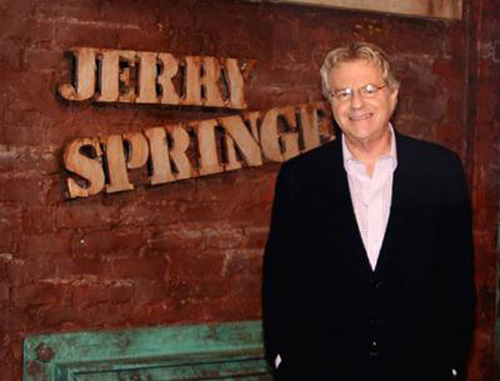 NBC talent contest show, “America’s Got Talent” former host, Jerry Springer will be the host of “Baggage”. His background in hosting out-there guests exposing their secret lives or down-right appalling reveals is sure to come in handy on this show which also exposes guests, but in a different way.

Daters will have to give away their quirky habits or lifestyle secrets. Such as pack-rat behavior, still living with Mom and Dad, or not capable of holding-down a job!

Knowing that Springer will be the host, the promise of this game show/reality show being entertaining and successful just went up by about 100%. Springer hosted a game show, and a part talk show, part reality show. If Springer can’t pull this off, then no one can!