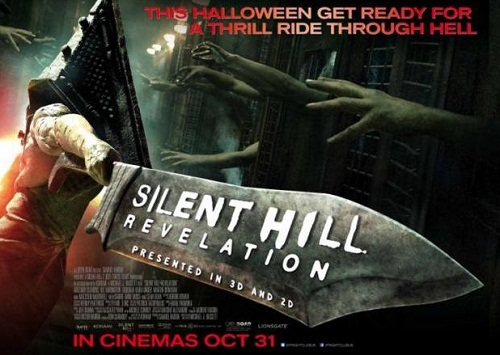 As explained by Bassett, this a horror movie that takes you into a whole new world. It’s a story of a girl played by Australian actress Adelaide Clemens who has to chose to step into her nightmare. She has to go find her father played by Sean Bean to chose to step from reality into the world of “Silent Hill” which is a world of fog, and ash. Suddenly the world peels away and reveals monsters and terrifying nightmares. It’s a nightmare version of horror.

During the Hollywood red carpet movie premiere, Bassett talked about the movie in detail and about how he got involved. He said that he was a fan of the first film and of the game. So having played the game and watched the movie, he talked with the producer about directing the film and said “I think I can do that.” He also stated, “It’s a sequel to the movie, Its also a movie that stands alone by itself. You don’t need to go see the first movie.”

Our reporter, Jaclyn Ashley asked Bassett why he chose to shoot the movie in 3D. Bassett explained, “3D is a device for bringing the audience into the world where they would never be involved. I can reach out at you and and also I can pull you in. Shooting it in 3D was the key for me. I looked at a lot of 3D movies and I felt they were disappointing – that is because they were turned into 3D afterwards. This was shot in 3D on the set 3D cameras. It’s framed for 3D and uses it hopefully in the right way.” 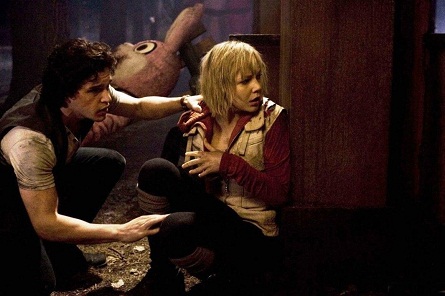 Bassett said that the challenge of taking a video game and turning it into a movie was, “being respectful of the source of material but like adapting anything you have to say what is the thing about the source material that gets people excited. Why do they love it so much? And hopefully I can take the essence of that and turn it into a movie. But a game is not a movie.”

“Silent Hill: Revelation 3D” Bassett said “continues the story of those characters. It’s an adaptation of game number three. More important -Its a movie you can come and see even if you never heard of Silent Hill before. You can have a great evening out getting scared with your partner or friends. You can come out and see a freaky nightmarish world which is nothing like the horror films out right now.” 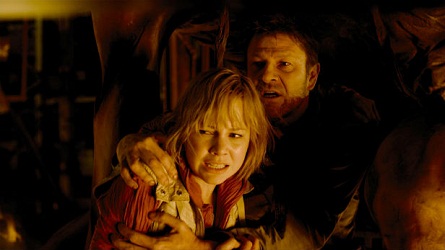 Actress Adelaide Clemens stars as “Heather Mason” in search of her father.

How are the villains different in this horror film from other horror films like “Halloween”? Bassett said, “this is a different kind of monster environment. The thing about Silent Hill is that it’s a psychological horror movie. The interpretation of Silent Hill is that none of it is real. It could be her [Heather Mason] nightmare. But for her it’s completely real. In Halloween you have Michale Myers. You have one monster you have Freddy Kruger. In Silent Hill you have a gallery of monsters which all do something slightly different and all represent some other nightmare scenario. . If you’re not paying attention, it will go by really fast and others will live in your nightmares.”

Basset wraps it up by describing the movie as, “There’s a bit of blood in here, there’s a bit of gore in here and there’s great moments that are going to make you jump out of your seat.”