PROJECT RUNWAY: Designers Must Create for Other Designers!

HOUSE AT THE END OF THE STREET Horror, Thriller, Trailer 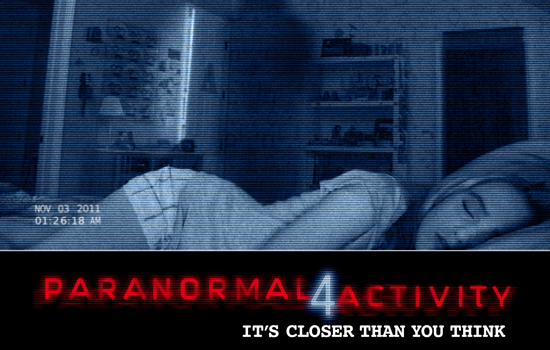 Paramount Pictures has released the first full trailer to the fourth installment of the “Paranormal Activity” movie franchise on iTunes.

Viewers of the new trailer will see flashbacks from “Paranormal Activity 3” when sister Katie and Kristi were children. Then, cut away to a new victim. A young blonde girl whom has not been part of the demon terror as of yet. It seems that there is a new family in the house where Kristi once lived. Viewers see the point-of-view from a laptop camera, along with security cameras that were previously placed in the home.

“Paranormal Activity 4” opens in theaters October 2012. But fans can vote to have the movie screened first in their city! Paramount Pictures is brining the movie to 25 cities around the world first. Fans can click the “Want It” button on the film’s fan page at: www.Facebook.com/ParanormalActivity.