Team Picture Day On THE VOICE 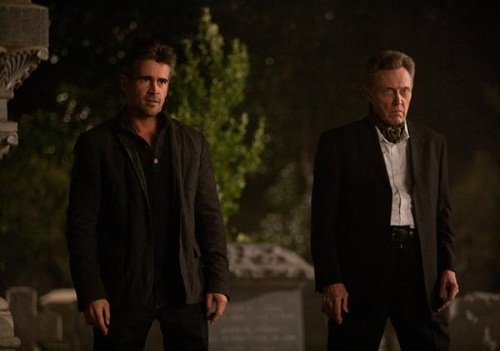 “Seven Psychopaths” is a new film from writer/director Martin McDonagh who’s says his first film experimentation was on a movie called “In Bruges”. Starring Colin Farrell as “Marty”, Woody Harrelson as “Charlie”, Sam Rockwell as “Billy”, and Gabourey Sidibe as “Sharice.

Colin plays a screen writer based in Hollywood with an Irish accent. McDonagh said “There’s no reason why that person couldn’t be Irish.” The film plot, Farrell said, revolves around Bonnie a Shih Tzu dog who is “a victim of Billy’s finical ambition. Billy has a scheme where he kidnaps dogs from the park.” He takes them home then waits for posters to be put up and then brings the dogs back and receives the $200 or $300 reward. “One day he steals a Shih Tzu and it’s the wrong Shih Tzu . “It belongs to a very dangerous man (played by Woody Harrelson). and the story takes a turn there. Bill and Hans (Christopher Walken) they’re in this scheme together. They have a dog warehouse where any given time there might be 6-10 dogs in cages waiting to get back to their loving and angst ridden owners for whatever the reward may be.” Walken said Bonnie is the “cutestest, best dog ever.” 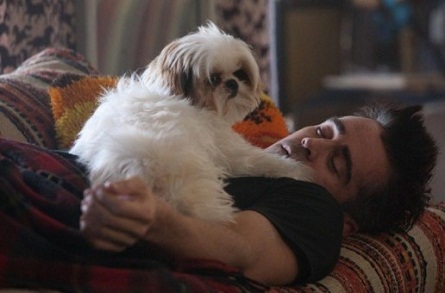 Farrell stated that the “Seven Psychopaths” movie was a work in progress that spanned many years as revealed by McDonagh while they were filming “In Bruges” a movie also written and directed by McDonagh and starred Farrell. “In Bruges” was released in 2008. Farrell said, “When we were shooting ‘In Bruges’ he [McDonagh] eluded to this script” and let Farrell know that he used “In Bruges” as sort of a testing ground to see if he liked making films. Farrell said that McDonagh told him that “he had a real script that he wanted to shoot which was much better than “In Bruges” which is Seven Psychopaths. “He’s just a brilliant writer”, said Farrell. 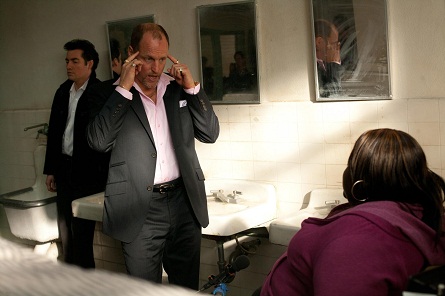 McDonagh commented on the style of “Seven Psychopaths”, “I think the tone is similar to ‘In Bruges.’ “There’s always a degree of humor running through it which is usually quite black. But there’s elements of darkness. But the darkness hopefully never outweighs the fun or the humor At the same time the humor never out weighs the darker aspects,” said McDonagh. McDonagh said that Farrell was a clear lead for “Seven Psychopaths,” stating that he “loves him to bits.” 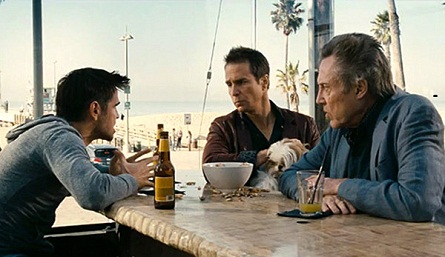 Walken said that he did a play with Martin two years ago. “It’s a terrific script. I’ve been around a long time to read good words is unusual.” Walken said he had a tough time shooting at night outside. “That was hard. It was colder. Shooting at night for me is difficult. But there are miraculous things that happen.”