In the same fashion as “America’s Funniest Home Videos”, a new pilot show is being developed called “That’s So Cute” that keeps it’s focus on amateur videos of children and pets. 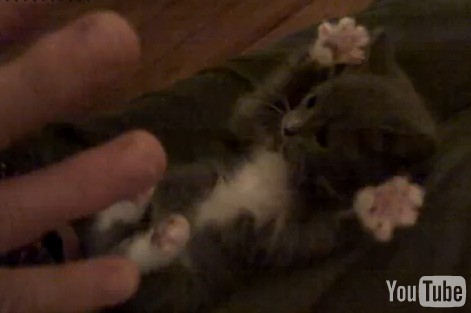 A YouTube video phenomenon could bring-in serious dough on this show!

Our HOLLYWOOD JUNKET reporter was on the set to bring us these show details. Studio audience vote for their favorite videos that are displayed on a large in-studio screen. Audiences’ voting devices are Apple ipads! Once all of the votes are in, the percentage of which videos got what are displayed on the main studio screen. The show is divided into competitions with two competitors. The fist one consisted of two young boys with videos called “Lady Gaga Impression”, and “Boogie Boy”. The second competition put “Peek-a-boo” kitten (can be found on YouTube) video against a kids school marching video. The grand prize is $25,000.

The show’s host, who spent much of her time with her back to the audience, is responsible for setting-up the video clips and making comments on them as well as facilitating the voting. More details to follow if this show gets picked-up by a network.