In a press release today, NBC announced that it will be returning it’s singing competition hit, “The Sing-Off” to the network by renewing it for another run. Open casting calls for the show will begin in the middle of May. 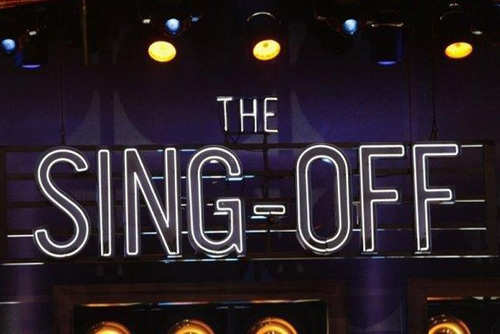 NBC’s a capella group challenge show “The Sing-Off” has been renewed and starts casting in May!

Hosted by former 98 Degrees boy band member, Nick Lachey, the show originally aired for four-nights back in December. The best a capella groups from around the country compete for a chance to win a Sony Music Contract and $100,000. Groups are challenged to perform popular songs with a spin in a style never heard before. Home viewers vote for their favorite group night-after-night as one group gets voted-off at the end of each episode until the most popular one remains. The winning group last season, Nota, walked with an exclusive recording agreement with Sony Music US Latin along with the $100,000. Nota is currently developing their new album for Sony.

Singers and musician judges, Nicole Scherzinger (“The Pussycat Dolls”), Shawn Stockman (“Boyz II Men”), and Ben Folds (“Ben Folds Five”) it was announced will be returning to critique the talent.

Requirements to audition are a capella groups must be made up of 4 to 12 members, any male to female ratio, and all members must be 18 years and older. If you’re interested in applying, there’s less than one month to prepare, so you had better form your group (if you don’t have one yet) and start rehearsing now! Last season, a group wrangled itself on the fly within a couple of weeks of the auditions and made it to the stage. They didn’t accelerate far in the competition, so I wouldn’t recommend it.

Open casting calls will be held on these dates and at the following locations: “Kimmel Center at NYU” in New York, NY on Saturday, May 22nd; “SIR-Nashville” in Nashville, TN, on Saturday, May 29th; “Superior Street” in Chicago, IL on Monday, May 31st; and “Center Staging” in Los, Angeles, CA on Saturday, June 5th.