MINUTE TO WIN IT: NBA All Star Games in 60 Seconds! 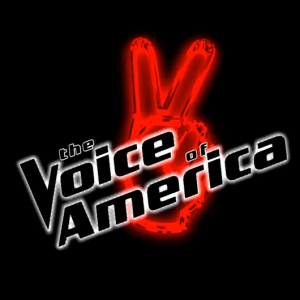 UNIVERSAL CITY, Ca. – In a first for network reality competitions, NBC’s new series “The Voice” (premiering spring 2011), will bring the audition experience to viewers at home by allowing them to showcase their talents online via a new interactive tool called “The Voice Online Audition Tool” which is available here: http://www.nbc.com/the-voice

“The Voice Online Audition Tool” allows the show’s casting department and producers to find potential contestants in their own homes via the use of a personal computer and a webcam.

“This unique interactive online experience that provides immediate feedback and scoring is an evolution in the casting process. This technology will exponentially expand our reach but, of course, only the best of the best will make it on to the show,” said Paul Telegdy, Executive Vice President, Alternative Programming and Production, NBC. “The possibility that the next global superstar could be discovered through this innovative tool is incredibly exciting to all of us involved.”

The tool records performances and rates them on a scale from 1 to 10 based on pitch and expression. Once submitted, eligible performances will be showcased on NBC.COM; they can then be rated by fans and shared via social networks.

Unlike an open casting call, users of the online tool have the opportunity to practice and hone their performance, rate themselves against others, work to raise their score and submit multiple times.

“The Voice” casting team will review submitted videos, seeking the ones that boast the highest scores and the best performances. Users interested in a chance to compete in this season of the show are encouraged to submit their best performances by March 1, the current casting cut-off.

Update:
“The Voice” will be hosted by Carson Daly and the winner will receive $100,000 along with a record deal with a major label.